The tit-for-tat from the Duck boosters who wanted the state to give them a Board they could control was their promise that private donations would soar. They haven’t – except of course for sports facilities like the Mariota worship center, the new softball egofice, and the Hayward Field tart-up. The state, on the other hand, has been increasing its higher education support, albeit by small amounts and from a very low base. Now the university presidents are going back to the state for another $100M, mostly to cover PERS increases resulting from the failure of HLGR’s Bill Gary and Sharon Rudnick to convince the state supreme court that Kitzhaber’s reform package was legal. Andrew Theen has the report on the new ask in the Oregonian, here:

The $100 million request represents a 15 percent increase over current levels.

Universities say the $100 million would help protect students from the burdensome costs associated with increased Public Employee Retirement System obligations that will hit schools and the public sector hard in 2017. PERS costs alone will increase $59.4 million during the two-year period, according to the report.

For years, schools have argued the state’s formula for distributing money is unfair. The universities say after 2011, the state started treating them like vendors rather than state-funded agencies. The state’s share of university funding did not “capture the true costs” of running a university, including mandatory services such as retirement, healthcare and collective bargaining costs.

I wonder how many legislators are going to look at UO and say “Didn’t we just give you $25M for a Track championship? What are your real priorities?”

Meanwhile the “Oregonians for Higher Education Excellence” PAC set up to push the independent board proposal through the legislature has been dissolved, and the donors have taken their money back:

Two days later, UO Board of Trustees Chair and tenure skeptic Chuck Lillis turned around and gave $5000 to noted higher education reformer, free-speech advocate, and presidential candidate Ben Carson. Perhaps Lillis liked what Carson had said on Meet the Press a few weeks earlier. It’s all about the students. And Jesus: 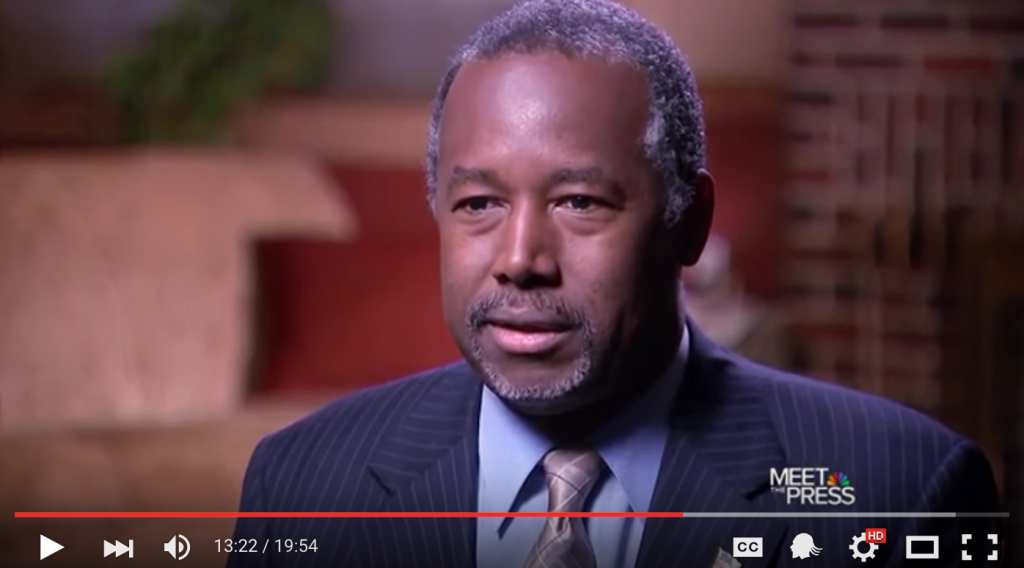 From InsideHigherEd, in October:

Ben Carson, currently leading the Republican candidates for president in Iowa, on Sunday explained for the first time how the Education Department, in an administration he wants to lead, would monitor “extreme bias” by colleges.

What Carson had said to date: Twice in the campaign before Sunday, Carson had said that he wants the Education Department to identify “extreme bias” and work to cut off federal funds to colleges and universities found to engage in such bias. But he had said nothing about how this bias would be uncovered (and he has not responded to inquiries from Inside Higher Ed).

How “extreme bias” would be identified: On the NBC News show Meet the Press, Chuck Todd asked him how the department would do this. Carson corrected Todd when the journalist referred to his campaign against “bias.” Carson quickly said it was only “extreme bias,” and said that he had given this serious thought, that this was “not just spouting off.”

Carson said the Education Department would get help in identifying extreme bias. “You invite the students at universities to send in their complaints,” he said, and then the department would start investigations.

16 Responses to Independent boards fail to deliver, so universities ask state for $100M