UO Board to give up some control of Duck athletics

Back in 1987 the OUS Board established several policies establishing their control over intercollegiate athletics. These became UO policies in 2014. Tomorrow at 10AM in the JH Conference room, UO Board of Trustees Secretary Angela Wilhelms is going to try and persuade the Policy Advisory Committee to recommend that two of the three policies governing athletics should be repealed, under the argument that the OUS board is defunct and the policies are irrelevant. However, for most other policies that mention OUS, UO’s approach has simply been to replace OUS with the UO BOT. And many parts of the OUS policies are still highly relevant, if in need of some revision: 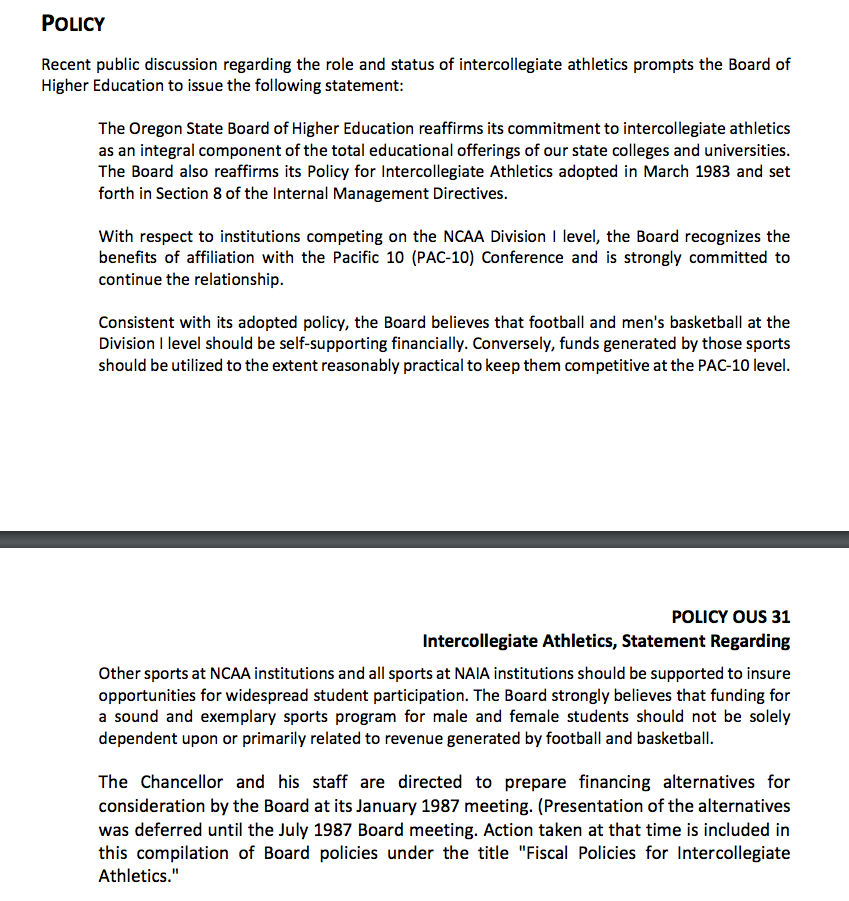 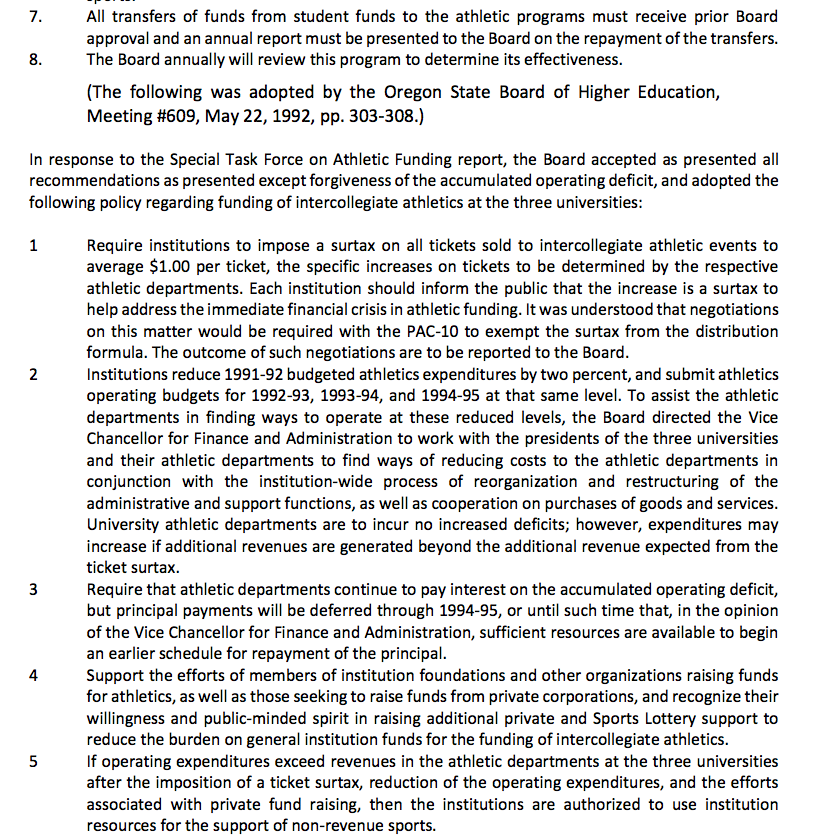 The Intercollegiate Athletics policy is not (yet?) proposed for repeal: In addition to financial constraints on athletics, it imposes a code of ethics on the coaches: 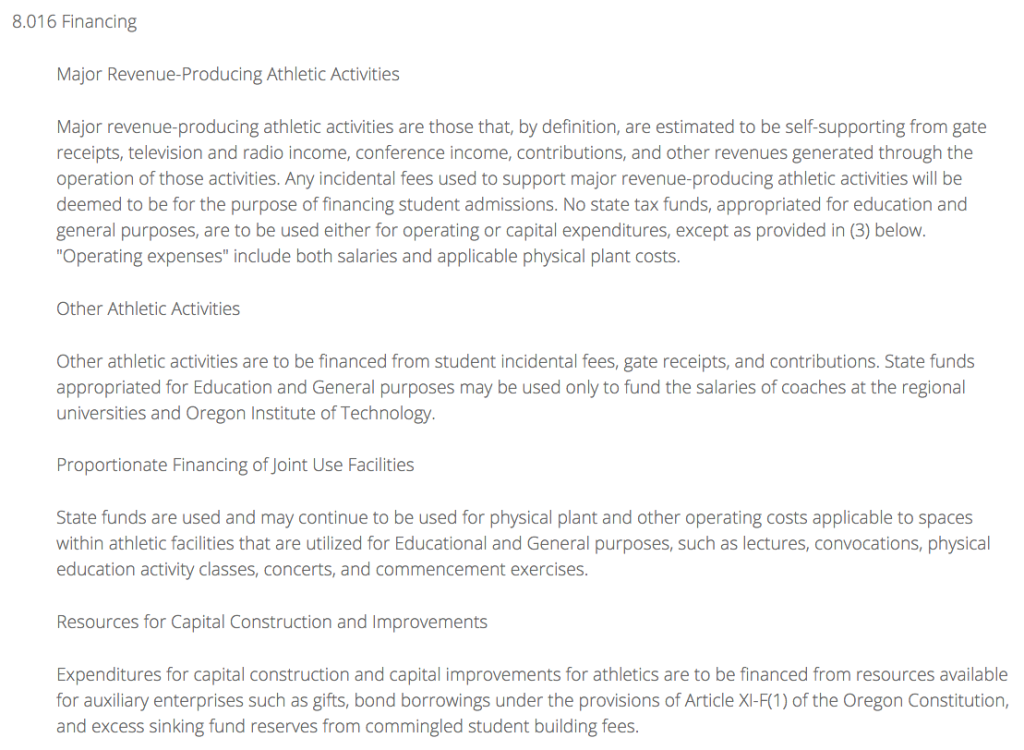