11/13/2016: In a podcast with a Black UO philosophy student, posted on the Daily Emerald website here: 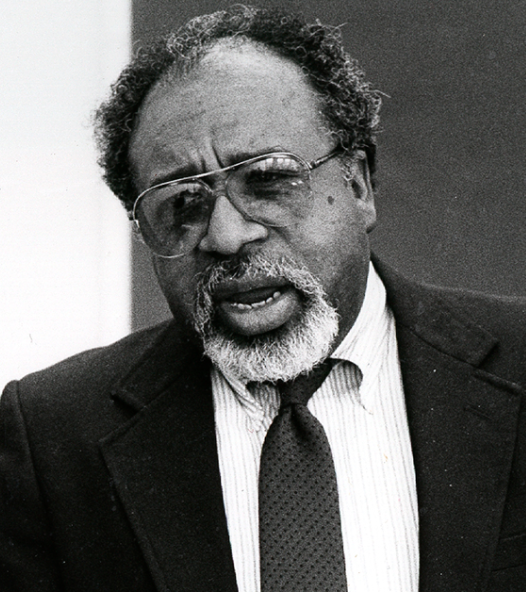 Professor Coleman’s undergraduate work was in theater. He started the Ethnic Studies program at UO. He says the administration should have thought before condemning Shurtz. He connects white emcees making money off blackface to white coaches making money off Black basketball and football players.

He’s not impressed by the argument from the Black student in the interview that one professor wearing blackface at a halloween party in her own home, with a long history of supporting diversity at UO, trying to make an anti-racist argument, creates an unsafe space for students. Coleman talks about the difficulty of meeting the Black Student Union’s demand for hiring more Black faculty without first filling the pipeline with PhD students.

He believes that whoever sent the Shurtz photo to the newspapers shouldn’t have. He and the student seem to agree that Shurtz’s anti-racist intent matters. Shurtz has told Coleman that she has hired lawyers and will sue the university so that she can resume teaching. The student wants her to have a chance to talk to the students and explain her motivations. There’s more on Ed Coleman and Black history at UO here.

Retired UO Professor Ed Coleman (English Lit) is still schooling us all in what it means to be a teacher. In the RG:

As a black child growing up in a southern town in Arkansas in the early 1940s, my father took me to several minstrel shows. A friend of his played violin in the pit band and gave him tickets. The shows, a major form of entertainment in the United States, were traveling throughout the South and had stopped in our hometown of El Dorado.

As a retired English professor who taught black literature and folklore (including the cultural roots of Jim Crow and minstrel show evolution and influence), I, too, was initially appalled and taken aback after reading University of Oregon President Schill’s recent letter to the University community; seeing the published photograph of esteemed Prof. Nancy Shurtz, in costume and blackface further tweaked my concern.

However, and this is a big however, after learning about Prof. Shurtz’s account of her donning the costume, I realized she was attempting to show how many black doctors have been tragically trivialized by white people. She was holding and displaying a copy of the best-selling book “Black Man In a White Coat — A Doctor’s Reflections on Race and Medicine” by Damon Tweedy, M.D. This was a party in her own home with invited guests. After reading Nancy Shurtz’s academic profile, it was clear that she is a nationally eminent scholar whose teaching and scholarship are exemplary.

What I find troubling and painful is how quickly so many of the faculty and my former colleagues are ready to tar and feather her and run her out of the university. A reputation of decades blackened and bruised with blaring headlines and heated rhetoric in an uncritical rush to judgment. Shurtz did no immediate harm and I am embarrassed at the overwhelming display of instant but uncritical outrage directed at her with their online petition and various letters screaming to have her fired.

Please! “Methinks thou protest too much.”

Shurtz had no racist intent — just the opposite. My question is: Who took the photograph and why? And why post it, hiding anonymously, on social media? Was this “guest” trying to embarrass or damage her or what? Why needlessly cause deep personal pain, anguish and humiliation?

I am taking this stance because as a black man, I, too, could be subjected to unwarranted petitions and letters.

Edwin Coleman II, PhD., is an Emeritus Professor of English at the University of Oregon.

And the Oregonian editorial board thinks we need a straightjacket:

… But was Shurtz’ action malevolent? No. Racist? Unwittingly. Harmful? Yes, but not because it was so wrong-headed or because there was evidence offered by aggrieved individuals. Instead, the incident has become harmful to the brand of the law school, 23 of whose faculty members were so cowed by the event that they asked Shurtz to immediately resign. In shame. As an idiot. Significantly, as in: not one of them.

This is dangerous, hive-minded stuff. It carries the whiff of fascistic decrees that act, over time, to crush individuals and tamp down fruitful disagreement. Meanwhile, it coddles the privileged: faculty, law students and prospective law students, whose protection both real and promised places them in a padded world immune from even perceived discomfort. …

In the Oregonian here. An excerpt:

I do not speak only for myself at the law school when I say that the dean’s response, and the faculty’s letter, were a disgrace. This was a failure of leadership and pedagogy, and opposition to it within the law school was expressed from day one.

This regrettable Halloween event was a teachable moment, but it ended up teaching many wrong lessons. Surely, this was a moment to teach about racial sensitivity and awareness of history, and of what it means to live as a racial minority in this country. But it was also a moment to teach other valuable lessons for law students: Do not rush to judgment. Deliberate carefully, away from emotions running high. Consider all the relevant factors. And show compassion for human fallibility.

At a time of an emboldened pernicious racism, the refusal to recognize the distinction between malicious racism and a stupid but well-intentioned mistake is not only a moral and legal travesty, it is also fodder for the real enemies of racial equality.

On Halloween night, a University of Oregon law professor hosted a private party at her home attended by some faculty and students. She donned a costume representing an African American doctor, including a hospital gown and the coloring of her face.

The professor in question had a long record of advocacy for the rights of minorities. She was even nominated for the university’s Martin Luther King Jr. Award. In fact, she wore the costume to honor an African American hero of hers (Dr. Damon Tweedy, author of “Black Man in a White Coat.”) There seems to be no doubt that there was no malicious intent in donning the costume.

The reaction of the law school dean and some of its faculty was swift: The dean placed the professor on administrative leave and a majority of faculty members signed a letter calling on her to resign.

Measuring individual culpability by reference to one’s intent is a foundational principle of our criminal law, our tort law, our contract law, or our constitutional doctrine. In fact, that principle — absent from primitive legal systems — is considered one of the greatest civilizing forces of our law.

For law professors to claim that intentions don’t matter is, frankly, preposterous. (Even more ludicrous was the remark of another university professor, who wrote to the university president that the absence of a racist intent “makes it worse” in his view, because it showed ignorance and callous disregard for minorities.)

The event in question was attended by some students and faculty, but it did not take place in a classroom or even on campus. The costume was donned at an after-hours private party at the professor’s own home. This, combined with the fact that the costume was donned without any malice — to the contrary, in an attempt to celebrate an American hero — should have obviated any demand for giving up one’s livelihood, let alone a suspension. Moreover, let’s remember that we are dealing with a public university professor at a time that many of us fear might prove challenging to academic freedom.

I do not speak only for myself at the law school when I say that the dean’s response, and the faculty’s letter, were a disgrace. This was a failure of leadership and pedagogy, and opposition to it within the law school was expressed from day one.

This regrettable Halloween event was a teachable moment, but it ended up teaching many wrong lessons. Surely, this was a moment to teach about racial sensitivity and awareness of history, and of what it means to live as a racial minority in this country. But it was also a moment to teach other valuable lessons for law students: Do not rush to judgment. Deliberate carefully, away from emotions running high. Consider all the relevant factors. And show compassion for human fallibility.

At a time of an emboldened pernicious racism, the refusal to recognize the distinction between malicious racism and a stupid but well-intentioned mistake is not only a moral and legal travesty, it is also fodder for the real enemies of racial equality.

Ofer Raban is a professor of law at the University of Oregon.

That would be the Dean of the University of Illinois law school, Vikram Amar. In a nutshell, he explains that students have more First Amendment protections than faculty do. On balance he says Professor Schurtz may well still be protected by it, and quite possibly by other law. Read it all, I’ve only posted the ending:

… My second observation is that the First Amendment is not the only potentially relevant legal constraint. Due process (are faculty clearly told what they cannot say so they are not sandbagged?), contract law (tenure is often a contract concept), and state constitutional protections may give public faculty members more latitude than does the First Amendment. And these extra protections may be perfectly appropriate if we do take seriously historical notions of academic freedom.

My last observation is an important one, and that is that critics of Professor Shurtz have themselves erred. President Schill’s quick characterization of Professor Shurtz’s use of blackface as being “in jest” is at odds with her own explanation, and we need remember that there has been no process yet to determine any actual facts. Shurtz’s 23 faculty colleagues assert that her “intentions [don’t] matter.” But whether we are interpreting the First Amendment or deciding whether someone should be required to give up her very livelihood, intent ought clearly to matter a great deal. After all, the reason (correctly identified by those calling for her resignation) that Shurtz’s actions warrant serious scrutiny is that they may undermine her (and the university’s) trust and credibility with students, alumni and the community. But wouldn’t students, alumni and the outside world want to know why she did what she did in deciding how much less they like and trust her and the law school? If she did it to mock African-Americans (or merely “in jest” because she is flippant about race), aren’t they likely to be much more angry and disaffected than if she did it to support the cause of racial equality (like the author in Black Like Me who feigned blackness to document racism), even if her attempt was clumsy, ill-advised and ultimately counterproductive? Again, no process has yet found the full facts (I have no familiarity with Professor Shurtz and am not vouching for her sincerity). But the idea that intent is irrelevant when heavy consequences like resignation are being considered runs counter to most areas of law and moral intuition. And lawyers – especially law professors who are teaching students how to frame arguments — ought to take care to appreciate that.