Reporter Jack Pitcher has a good report on the bad UO Public Records situation, in the Emerald here:

Multiple University of Oregon students were arrested this year, an assistant football coach was paid over $60,000 for less than a week of work and one visit to campus by an author cost UO donors over $40,000. Public records requests help clarify the facts for stories like these.

Actually, the public records office’s overall spending (YTD Activity) was only $207,000 for the last full fiscal year (2015-16, amounts below are net). UO’s entire annual spending on public records was less than half of the $465,000 *increase* in what General Counsel Reed spent on operating his own office, in comparison to the prior year: 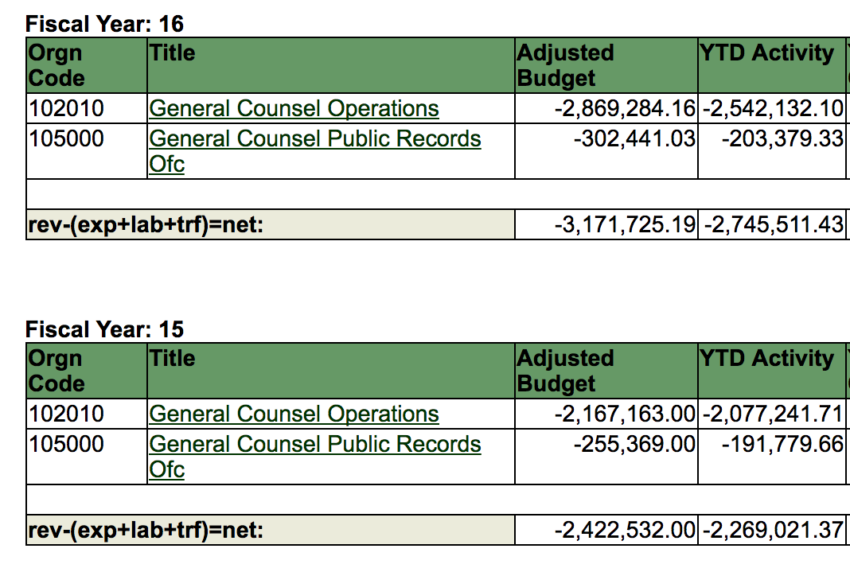