$25K for Coach Dana Altman, that is. His players get nothing.

UO tops off Altman’s $1.8M salary with a $850K retention bonus, 2 cars, country club membership, away-game travel for his spouse etc, and also $25K for getting into the tournament plus more for getting into higher brackets. That new contract is here.

Altman’s old contract attempted to incentivise him to bring in some money for UO to help pay off the $235M in Matt Court bonds by giving him 15% of the gate after the first $4M:

But Dana Altman has never been able to sell even $3M in tickets – this year Eric Roedl’s budget prediction was for just $2.7M – so last fall Rob Mullens took out that embarrassing clause and just threw money at him lump sum: 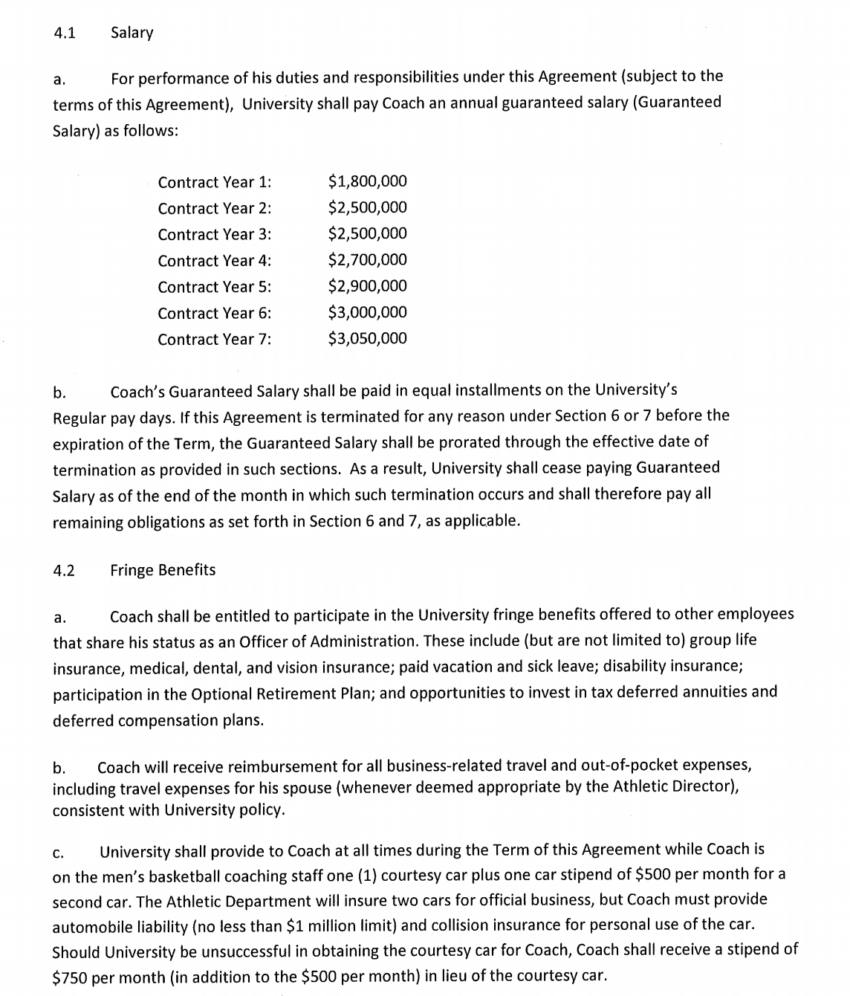 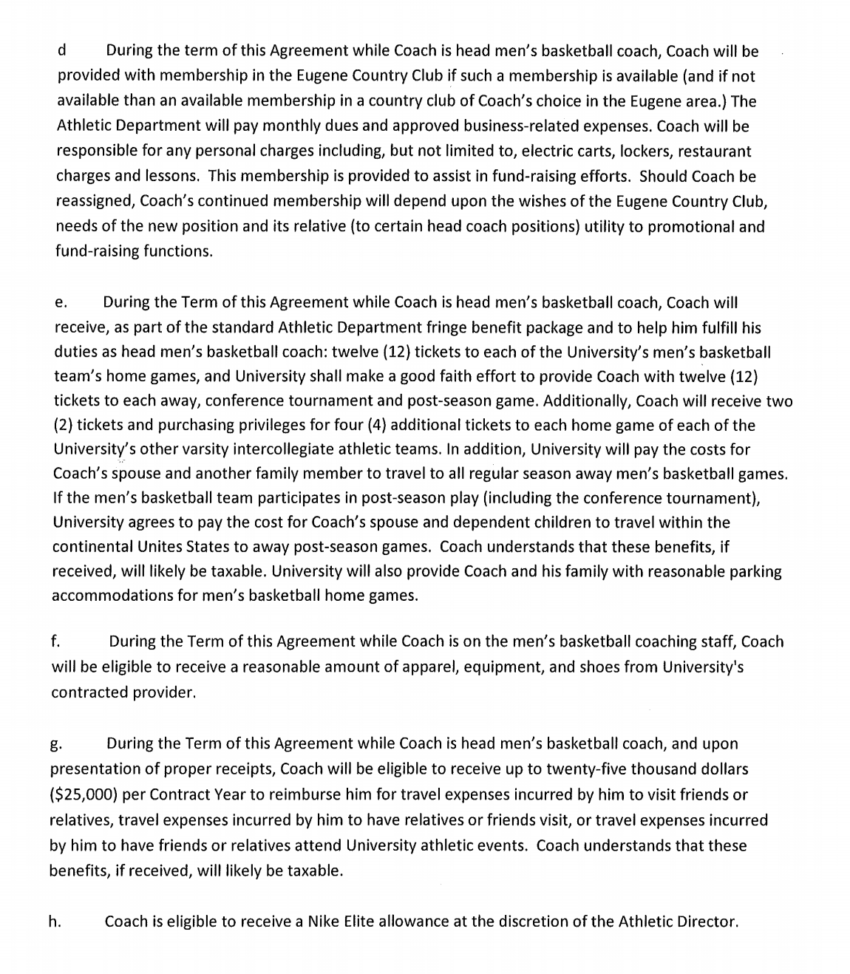 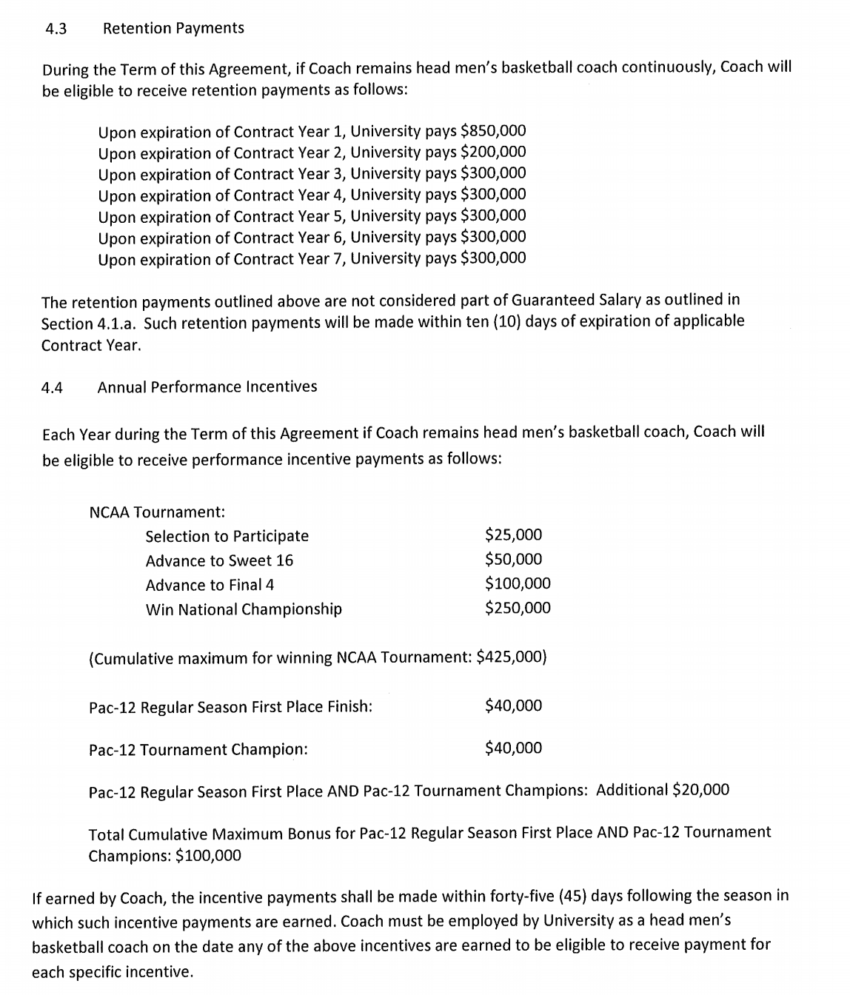