Here. As a private school, Stanford has more legal power to restrict free speech than public universities, although this example shows legal power is not always that powerful: 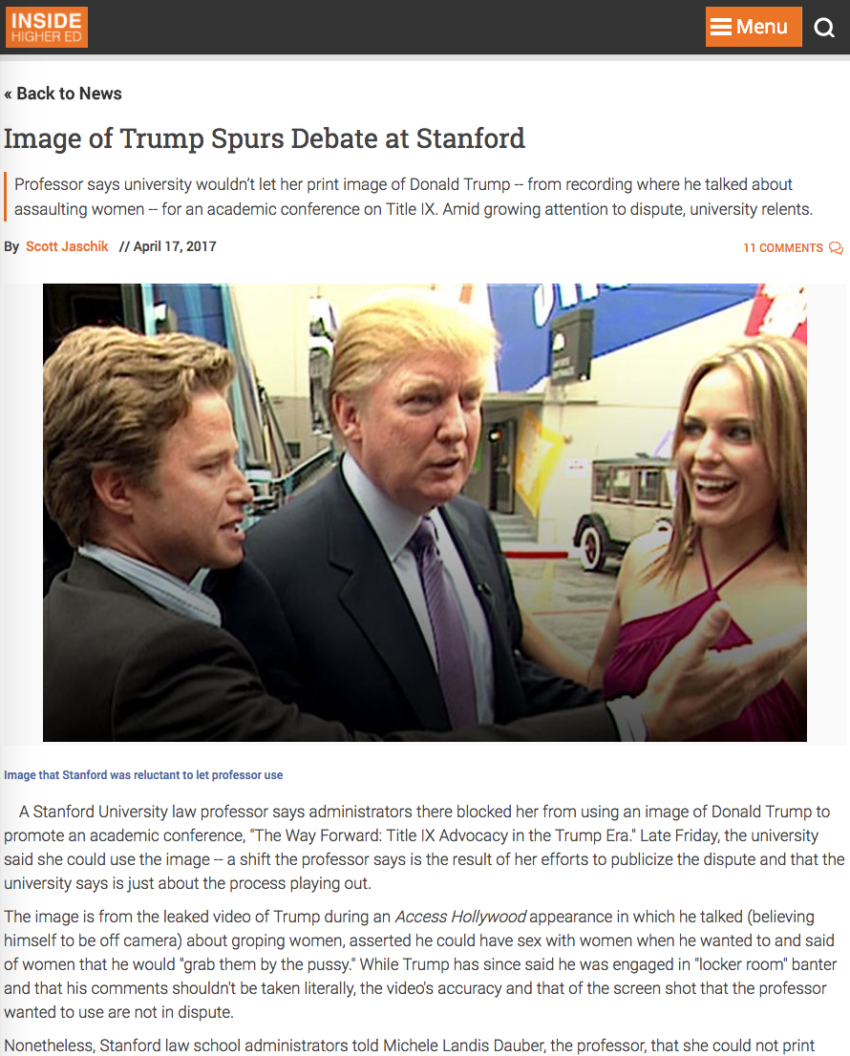