In the NYT today: 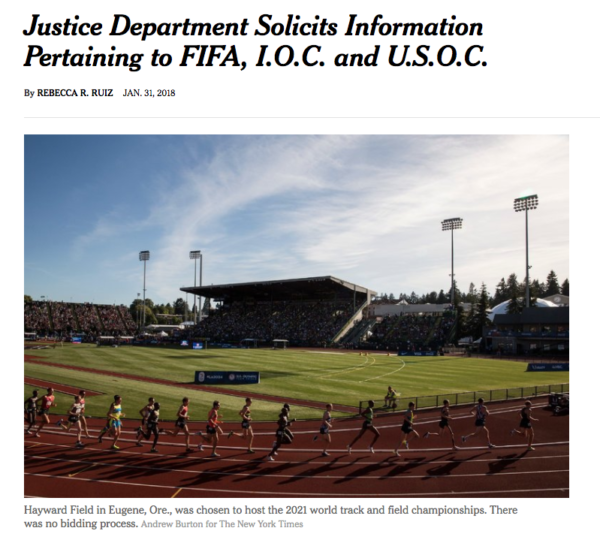 …  The Justice Department is exploring possible racketeering, money laundering and honest services fraud charges related to two track and field world championship events and the business executives who have consulted on bids for various other elite competitions, according to one of the subpoenas, which was obtained by The New York Times.

The subpoenas, delivered in January, have solicited documents, testimony and financial records dating to 2013. Since that time, the United States has won bids to host two major sports events: the 2021 track and field world championships, in Eugene, Ore., and the 2028 Summer Olympics, in Los Angeles. The subpoena did not explicitly refer to the Los Angeles Olympic bid.

Of particular interest to the Justice Department, according to the subpoena, is the world governing body for track and field, known as the I.A.A.F. That federation awarded the sport’s 2019 world championships to Doha, Qatar, and the 2021 event to Eugene. …

Video of UO’s initial pitch to the IAAF here: 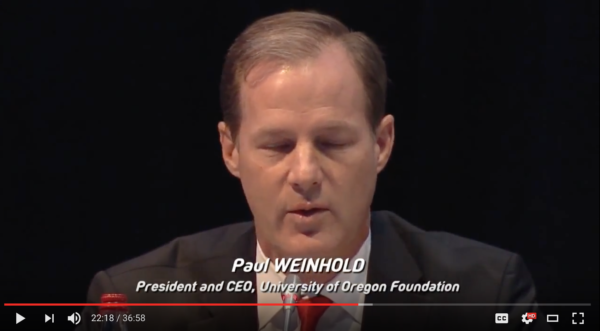