Technically it was Lane County Circuit Judge Lauren Holland who did this, acting at Paul Weinhold’s request. And presumably Weinhold was acting on CoD Dean Christoph Lindner‘s request, and UO General Counsel Kevin Reed went along with the money-grab because he hadn’t done his homework.

Here’s what I’ve been able to figure out. Longtime UO art history professor Marion Dean Ross was a remarkable man: 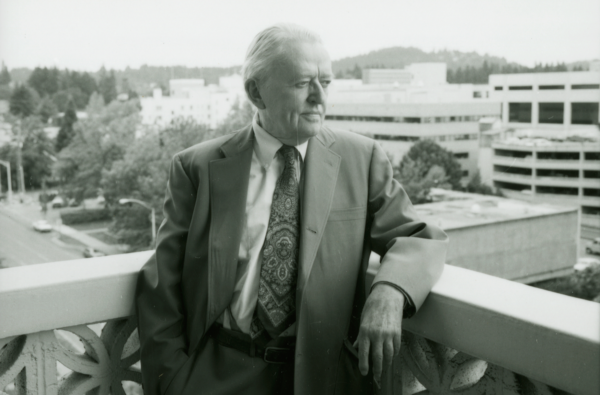 He died in 1991. He was dedicated to the field of architectural history, the State, the University, and the Department of Art and Architectural History, of which he had been the first chair. In his will he gave the UO Foundation a $1.2M endowment to buy books and photos on the history of architecture, to be selected by his department’s faculty: 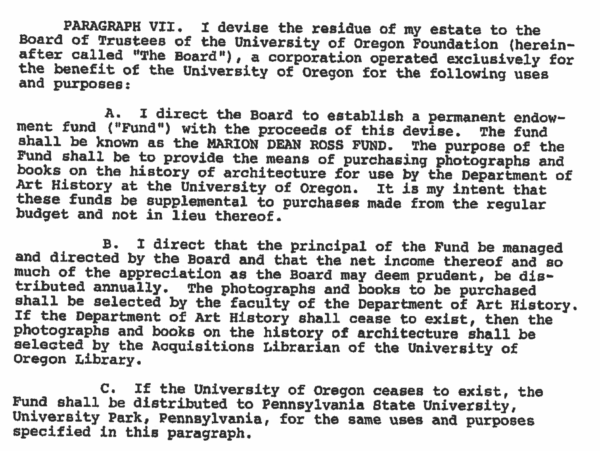 Admirable and inspiring – and a lot of money. At the time the UO Foundation’s endowment totalled roughly $120M.

AAA Dean Jerry Finrow and Professor Jeff Hurwit, chair of Art History, set up a MOU to govern how to disburse of the funds in accordance with Ross’s wishes. The MOU was approved by Ross’s executors and unanimously adopted by the department. Full pdf of the MOU here. [See the comments for Finrow’s view of Lindner/Reed/Weinhold modiciation].

The MOU even spells out a procedure for any necessary revisions, as time moves forward:

Ross’s fund is now worth about $2.4M in 2018 dollars, and it generates $94K a year in expendable earnings, according to the Foundation’s regular 4% rule.

Over the years a surplus of $312k in unspent funds has accumulated. That may seem like a lot, but a library could easily drop $50K on a decent edition of Palladio’s Quattro Libri: 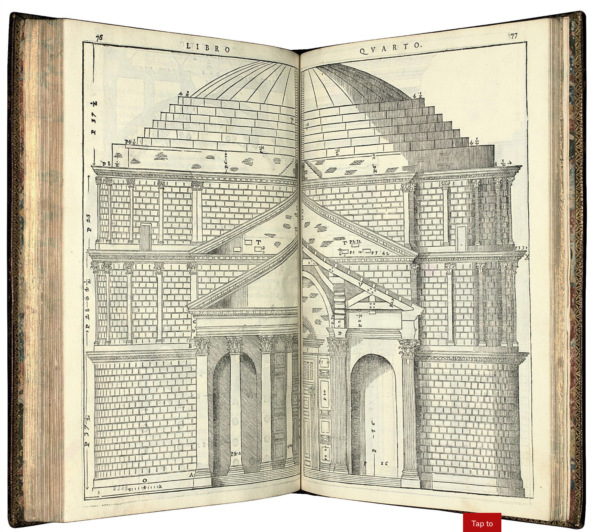 Not that I grew up in the shadow of Jefferson’s version of the Villa Capra, copied from this very book.

However as it happens not everyone loves books, and Oregon law has a procedure for modifying the terms of “wasteful” gifts. So on November 9th 2017 UO Foundation CEO Paul Weinhold started the legal process to modify the terms of professor Ross’s gift, claiming that “the unused surplus cannot be used for Dr. Ross’s charitable purpose”: 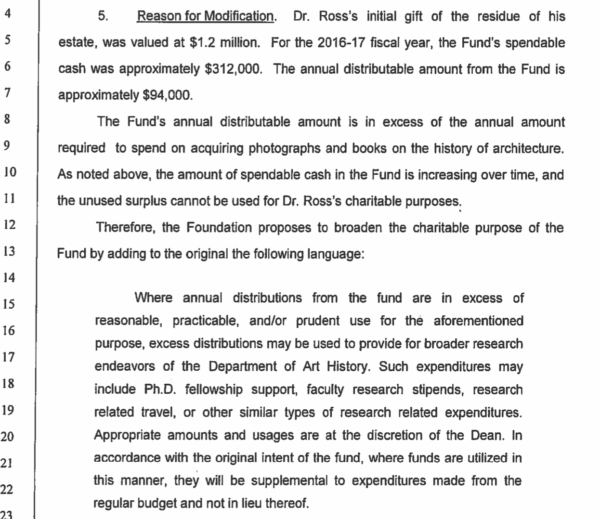 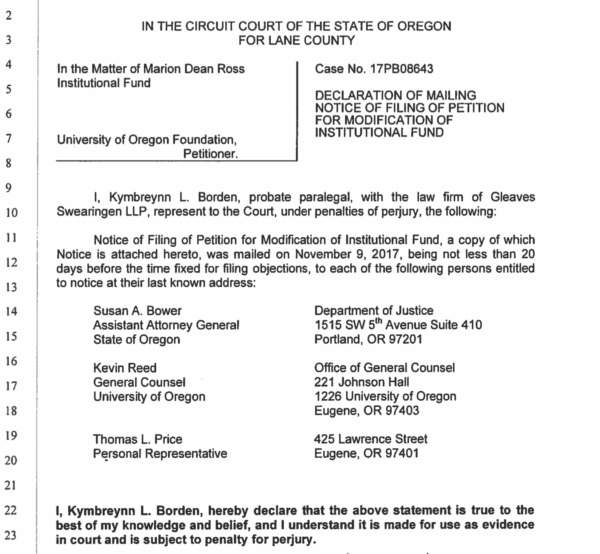 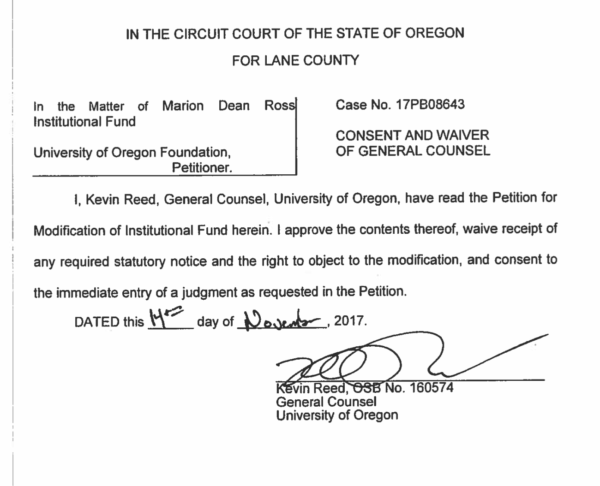 From what I can tell Reed wrote this without consulting the department’s faculty, the librarians, or anyone from the UO Senate. He sure as hell didn’t ask me. It’s not clear what Reed told the DOJ or Judge Laurens about the MOU, or if he’d done any due diligence to try and find out about it. 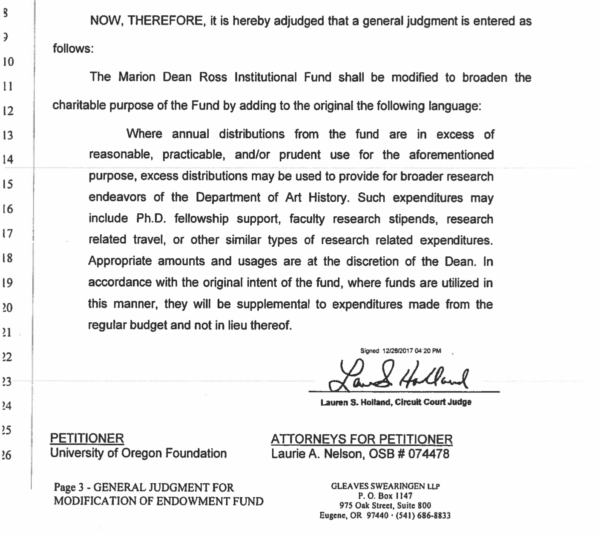 This did two very different things.

1) It gave UO permission to spend some of the Ross Fund earnings for research purposes other than books and photographs – such as grad fellowships. Great.

2) It removed all control of the spending of the fund from the department faculty and gave it to CoD Dean Lindner, without oversight. WTF?

Ross was a professor who had served as a department head and as an interim dean. I think he knew exactly what he was doing when he put his money under the control of the faculty, not the dean.

If changes needed to be made to prevent Professor Ross’s money from being “wasted” on books, the faculty should have been given a chance to make the changes.

But there’s no sign the Foundation’s lawyers or UO GC Reed showed the DOJ or Judge Holland the MOU, or explained the difference between having the faculty in control and having the dean in control.

I wonder how often Weinhold and Reed have been doing this sort of thing.