RG editorial board: Cuts to public services will trim your mortgage 25%!

Worse schools for your kids, but more fees for Wall Street brokers and consultants who want PERS to fund its pension obligations with stock market investments, so they can get their cut. The RG editorial board regurgitates the latest PERS hysteria here, straight from the WSJ editorial page:

For a taxpayer, the obligation to fund Oregon’s public employee pension shortfall — the gap between what governments are paying into the pension system and the system’s projected needs — can seem abstract. The Public Employee Retirement System’s so-called unfunded liability is $22 billion, a staggering figure that is hard to grasp on a personal level.

But what if you calculated that liability as a mortgage that each property owner owes on her or his house, and cannot escape paying off? And what if you compared Oregon’s so-called “public pension stealth mortgage” to those of other states?

That’s what a New York City researcher and a Claremont McKenna College finance professor have done, for all 50 states, providing a unique and frightening set of data that, not surprisingly, highlights the severity of Oregon’s problem.

The PERS unfunded liability amounts to a mortgage of $106,952 on every Oregon home, found researcher Rob Arnott and professor Lisa Meulbroek. That’s the 9th highest per-home amount among all the states.

I’m no free-market economist, but when you buy a house the price tends to reflects both the cost and the benefits of the state’s public services. And Oregon’s housing market seems to think the benefits are worth the costs. Here’s Portland, where the “pension stealth mortgage” is even higher, since its police and firemen’s pensions are entirely funded by tax obligations, with no Wall Street invested reserve: 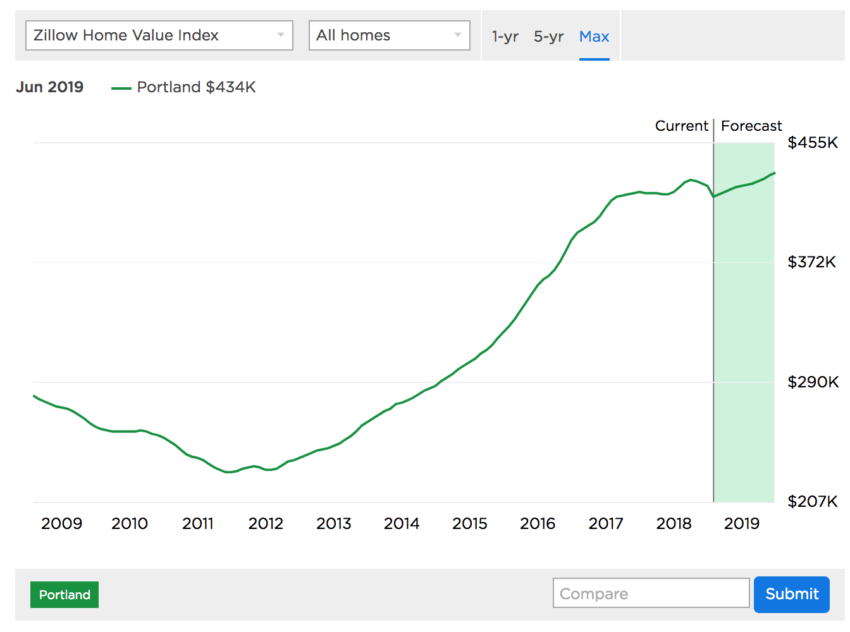 One Response to RG editorial board: Cuts to public services will trim your mortgage 25%!