11/5/2018: At other big-time sports factories, the rate for athletes is just 3x higher than that for all students, all adjusting for numbers.

While it’s pretty well established about 20% of college students are subject to sexual assaults (broadly defined), there is little research on the perpetrators. (But see below.) ESPN’s “Over The Line” has just made an effort to address this, by posting data on Title IX complaints at big-time sports schools, including UO: http://www.espn.com/espn/otl/story/_/id/25080028/otl-analysis-tracking-title-ix-complaints-athletes-power-5-schools:

Starting in March, Outside the Lines made official public records requests to all 53 public Power 5 schools for data on Title IX complaints against all students and student-athletes from 2012 to 2017. Outside the Lines also requested data from the 12 private Power 5 schools that are not subject to open records laws. The requested Title IX reports covered allegations of sexual assault, domestic violence, sexual exploitation, sexual coercion, stalking or retaliation.

They note that Title IX complaints are far from a perfect measure of sexual assaults, and caution about cross school comparisons, as different schools provided different information:

Using the data to make school-to-school comparisons about which have the highest percentage of complaints or the highest number of complaints involving accused athletes should be done with caution because school officials did not always provide the exact data Outside the Lines requested. For example, one school might have insisted upon providing every complaint that had been filed with a Title IX office while another school might have insisted upon providing data only about cases that ended up in formal investigations. It is possible to determine an overall comparison of athletes to other students because, within each school, the data for athletes and students were subject to the same parameters. Outside the Lines consulted with two statisticians about its study methods.

UO only provided 3 of the requested 6 years of data:

The total of all students in Oregon’s data above represent the total for the past three years for which there is comparable athlete data. The total for complaints involving student respondents for all years is 213; that includes sex-based stalking, social media harassment, unwanted contact, unwanted touching, domestic/dating violence and sexual assault. Oregon officials noted that a respondent could be named in more than one complaint. 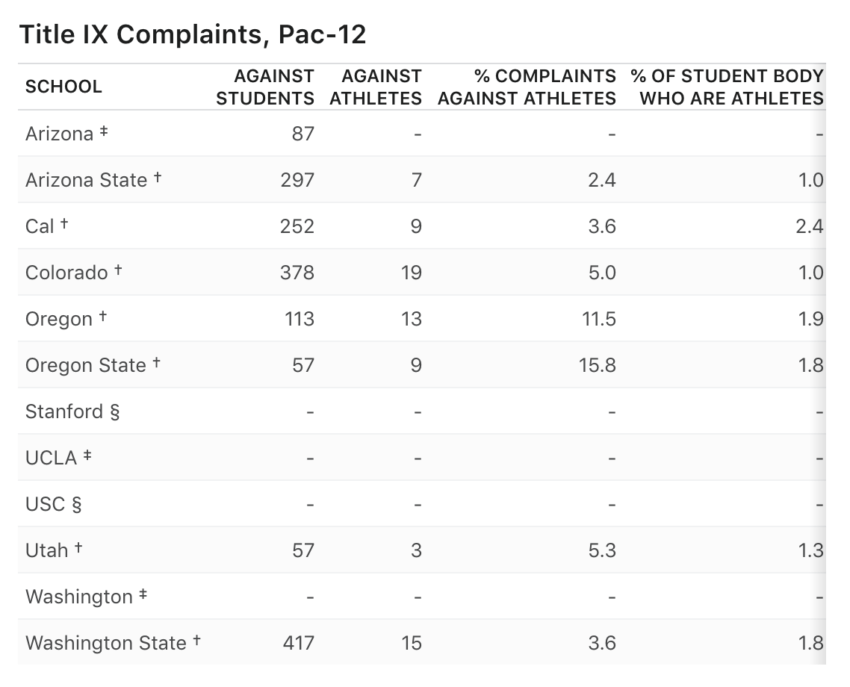 And thanks to a helpful reader for this link: 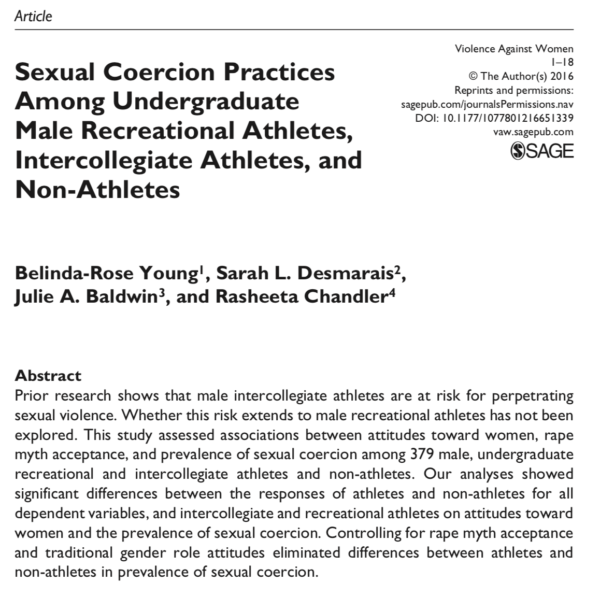 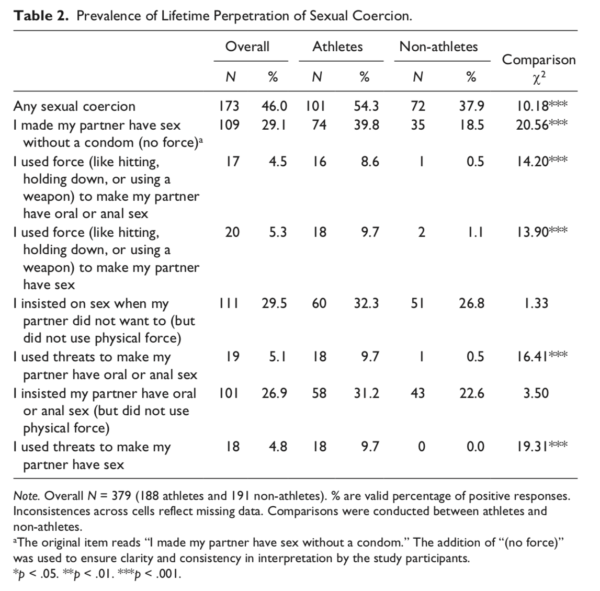