That’s the rumor today. According to Pres Schill’s proposal below, $120M would keep UO’s tuition increase below the 5% trigger for HECC review, and also save Duck AD Rob Mullens a couple hundred large to help pay for his new baseball coach.

5/20/2019 update: Update: Millions from staff and students, not a cent from Duck athletics or Law 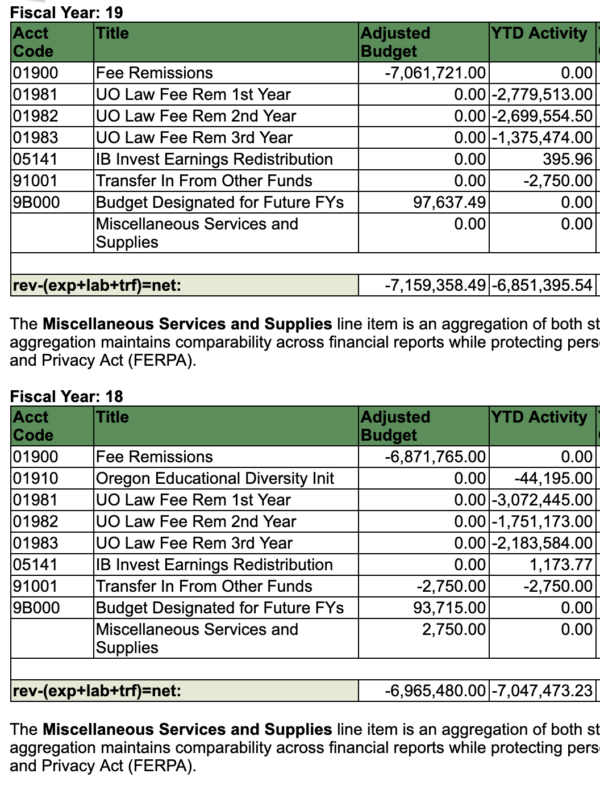 That’s the takeaway from tonight’s town hall event with President Schill. Say what you will about failed one-term President John Adams, but at least he knew how to deal with extortion: Send in the Navy.

The Town Hall is 6PM tonight in the EMU Ballroom.

The process leading up to this year’s tuition increases started with the decision by the administration to wall off large parts of the budget from debate and cuts. Duck athletics, whose budget has swollen from $98M in 2014-15 to $121M in 2018-19 is and includes about $5M in subsidies from the general fund, is the most obvious example. We were told Duck athletics would not share in UO’s budget cuts, nor would police, or the new Tykeson advising plan. Non-negotiable.

Non-resident student tuition was set to 2.9% early in the process. This left the university’s academic units – starting with the museums, Bach and LERC and extending to most academic units except Knight Campus – to take the hits, and undergraduate tuition to make up any remaining shortfalls.

Given those early decisions, the TFAB’s tuition recommendation process was reduced to making guesses about enrollment and state funding and then seeing how much tuition needed to be increased to balance the budget. The forecast for new enrollment came in mixed – a decline in in-state students, and an increase in non-resident students that will, however, barely offset the losses as the current bulge graduates, and given the 2.9% tuition increase will yield less revenue that it could have, given the inelasticity of demand.

The math worked out to tuition increases in the 8-11% range – more if the state sticks to its original budget. UO has consistently failed in convincing the legislature that we are good stewards of the state’s money.

The TFAB report is here: 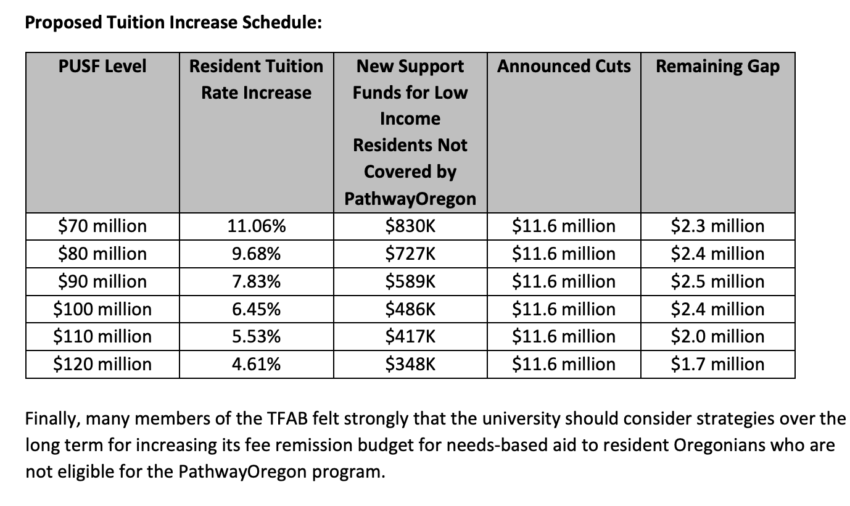 The ASUO student government made a minority report (same link, starts on page 5):