When I go to Great Britain to give a talk and the Queen’s immigration officers find out I’m a professor, they give me a skeptical look, then stamp my passport with a prohibition against recourse to public funds: 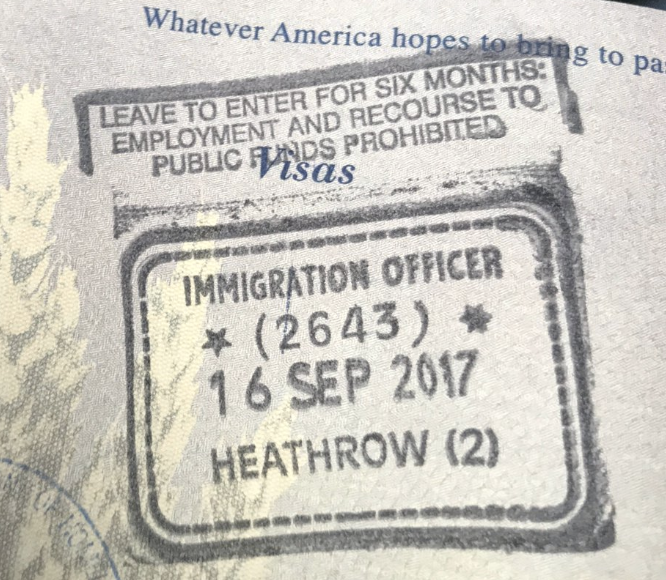 But when Niels De Vos wanted a US visa to work in Oregon to run the IAAF’s Oregon21 championships, – with the stated purpose of getting $40M in public funds from Oregon to subsidize it, his cut of which is hidden in the TrackTown budget – Governor Kate Brown didn’t just approve, she let him write her letter to Homeland Security supporting him: 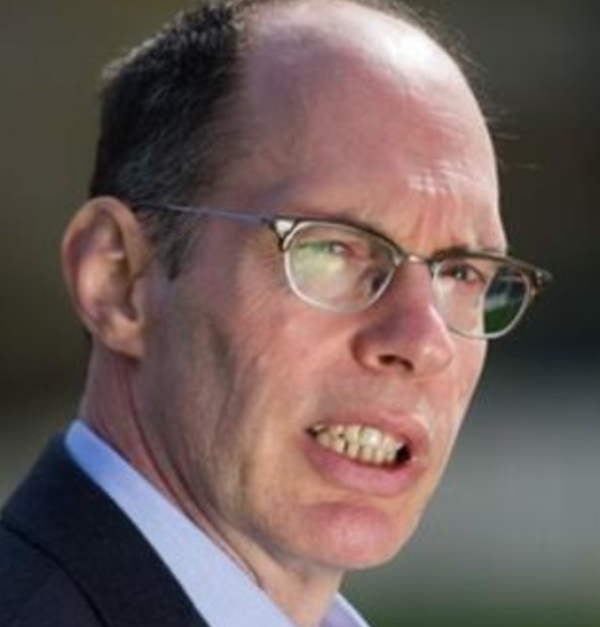 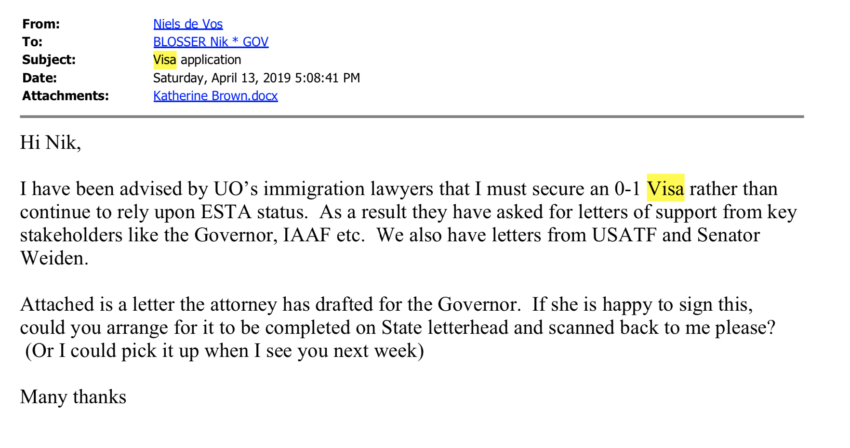 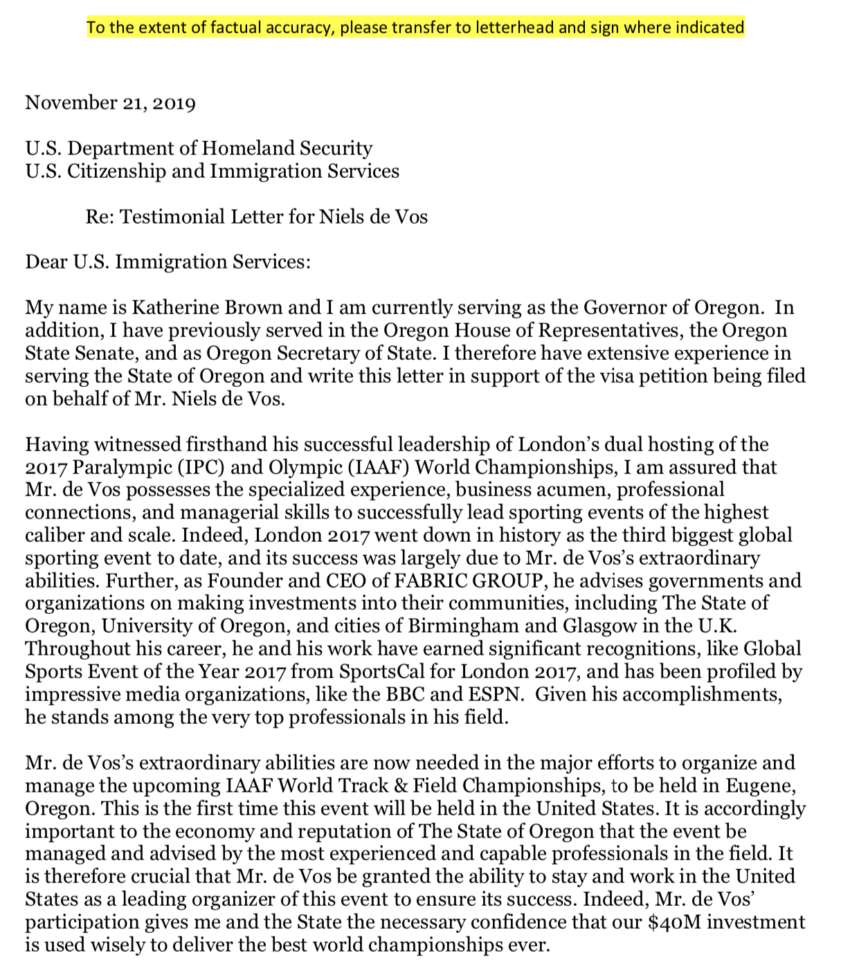 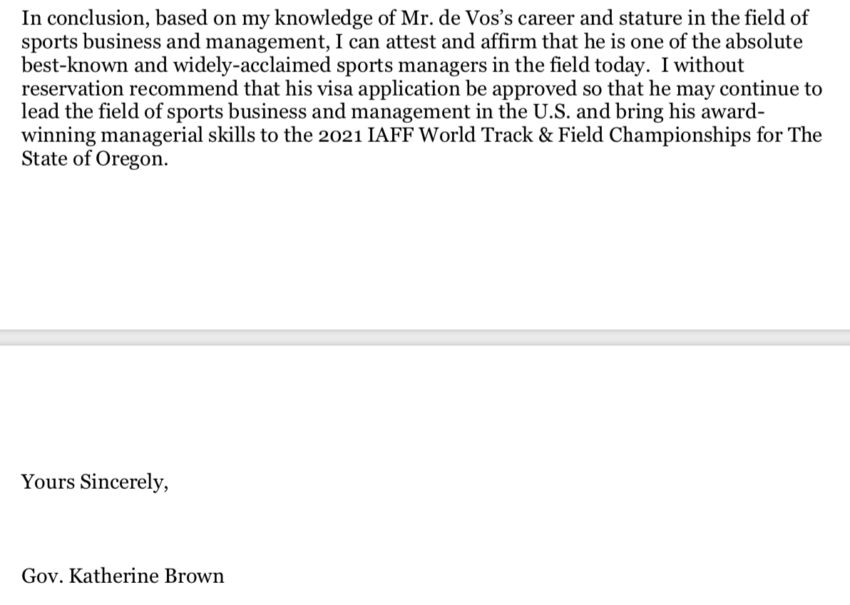 The IAAF’s letter to De Vos, asking if he’d secured the Governor’s promised $40M yet: 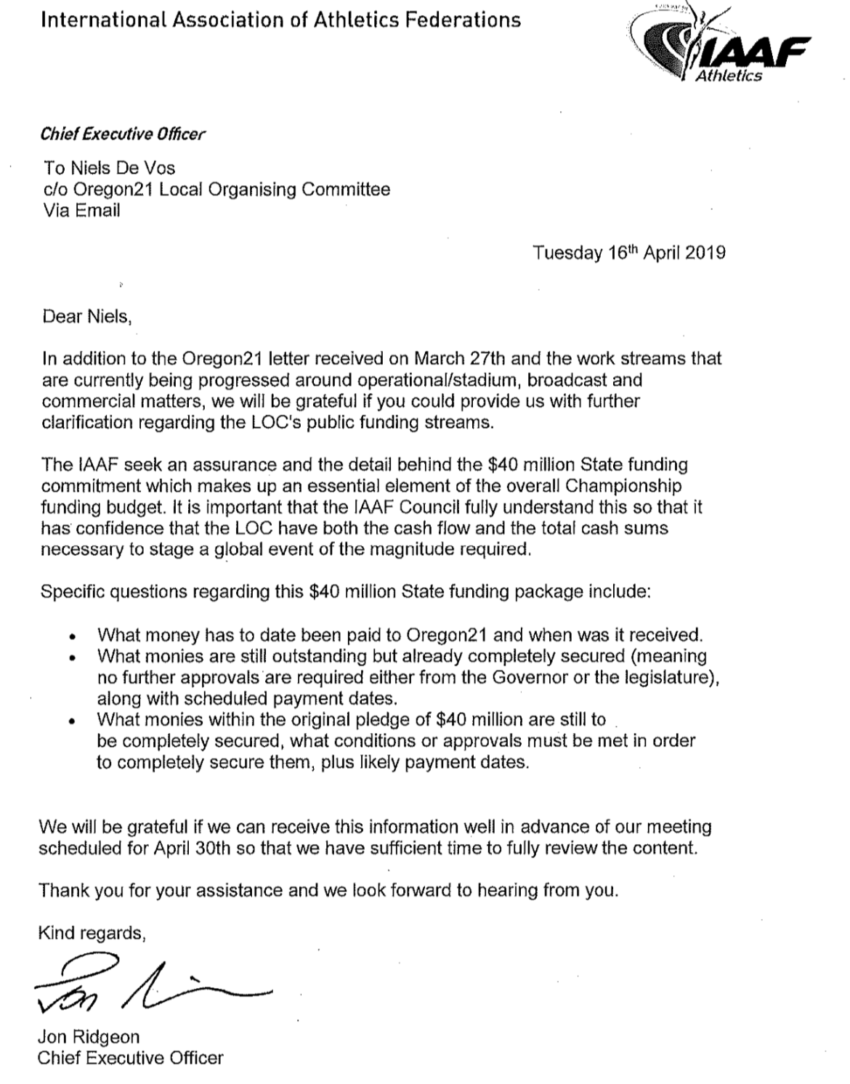