6 months after UO’s second auditor left, and still no replacement

Here’s hoping our bond raters aren’t paying too much attention. 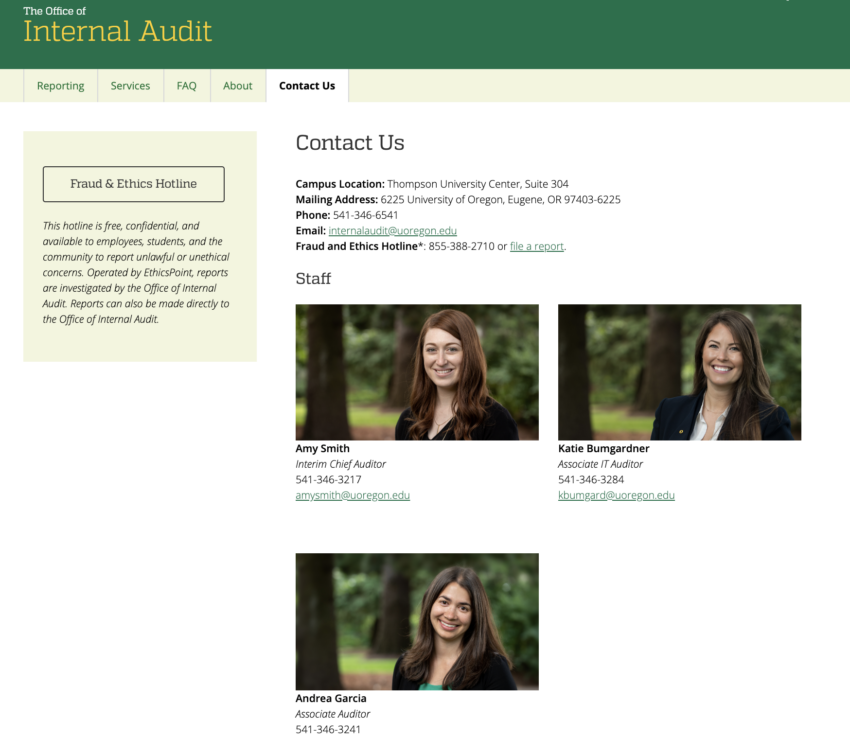 From Around the O, here. If she has another job lined up they don’t mention it.

When UO left OUS, it became exempt from oversight by the Secretary of State’s Audits division. The Legislature does not trust the university leadership, which it believes is obsessed with pleasing Phil Knight, big-time sports spending that hurts the legislators’ beloved Beavers, and vanity projects. I can’t imagine where they get that impression – maybe they read Around the O.

In any case they are unwilling to give UO the funding it needs as a state school without state oversight. While the HECC has done some of this, I’m told that the next legislative session will likely condition increased state support on a rigorous outside audit process, not one that relies on an internal auditor who serves at the whims of our Board of Trustees and President.

UO’s first internal auditor, Brenda Muirhead, asked too many questions and was forced out after 18 months. One or two of her staff left at the same time. I don’t know the real story on why Burnett is leaving. I met with her several times and heard her present to the Board regularly – she seemed remarkably incurious for an auditor, and I figured she’d keep the job for life.

Our administration could do a lot to improve its credibility with the legislature and the UO community by appointing a strong internal auditor who would make detailed public reports. I’m guessing that’s not going to happen – not when there’s already so much to sweep under the rug, and with the 2021 IAAF championships coming up.