For as far back as I can tell UO and the Duck Athletic Department have split licensing revenues down the middle. It’s *college athletics*. No college, no money for the coaches, and vice versa.

So it’s 50/50. (Nothing for the athletes of course, it’s an NCAA rule). This is why when your department wants to sell $5 t-shirts with the “O” on them, you have to get permission and pay a fee. These licensing deals are increasingly lucrative, as our IMG licensing partner churns out more and more deals for Duck crap.

How lucrative? So lucrative that UO GC Kevin Reed’s Public Records’s office doesn’t want you to know how lucrative. They’ve been stonewalling my public records request for 3 weeks now. What they have released is this: 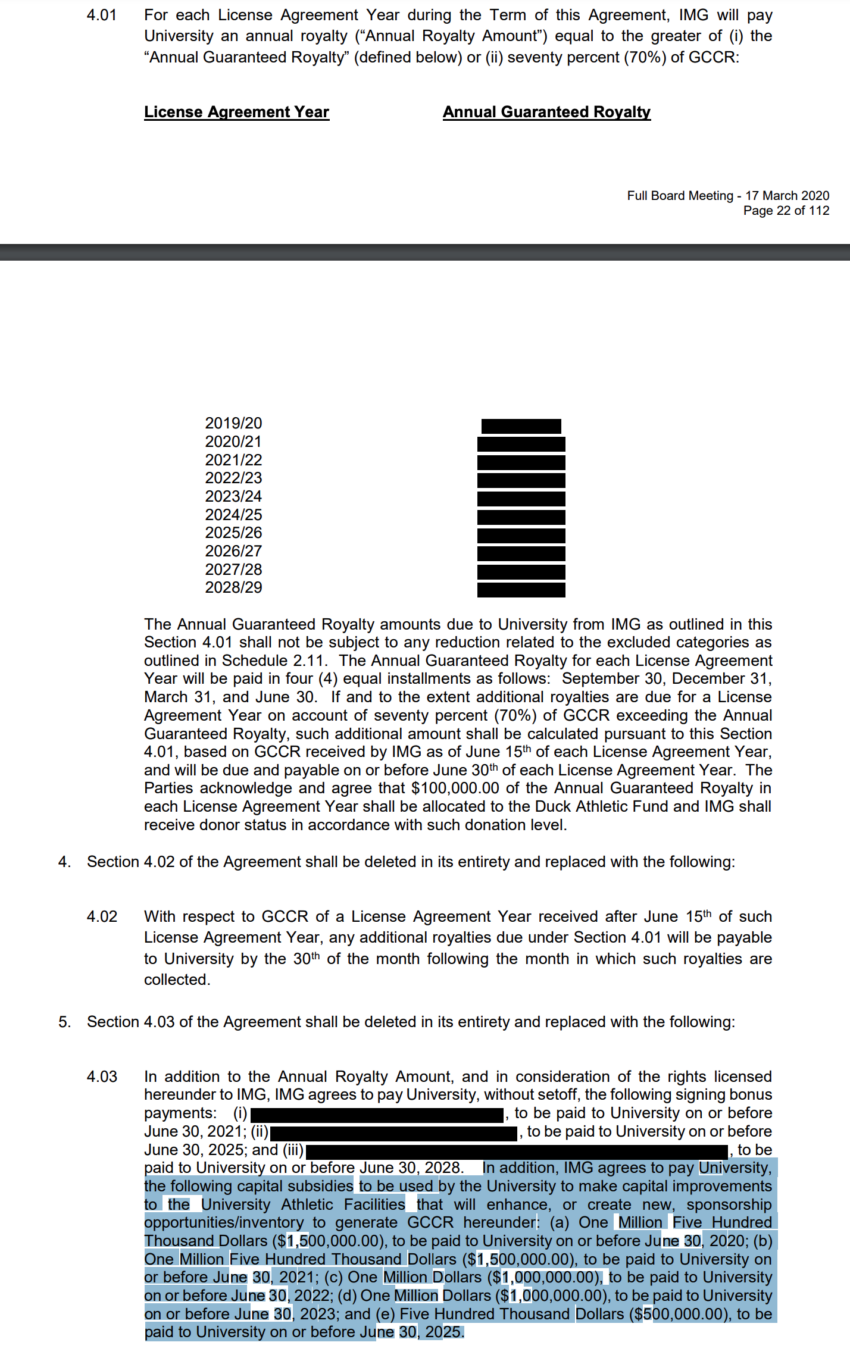 That’s right, President Schill and our Trustees have agreed to a deal that will take $5.5M off the top for the Ducks, before the university’s academic side gets anything. That’s a lot of Jumbotrons, or a lot of career faculty.