Bargaining IX, Tu at 9AM

Usual disclaimer: my thoughts on what people are saying, trying to say, trying to be thinking, etc. Nothing is a quote unless in ” ” ‘s. 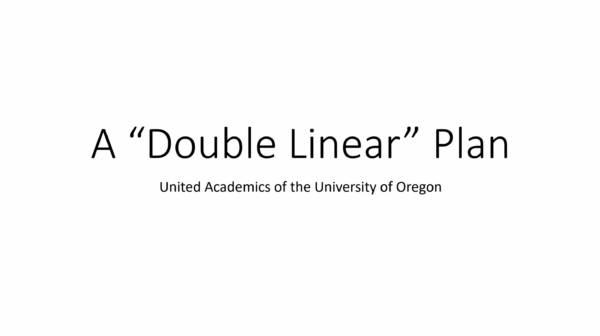 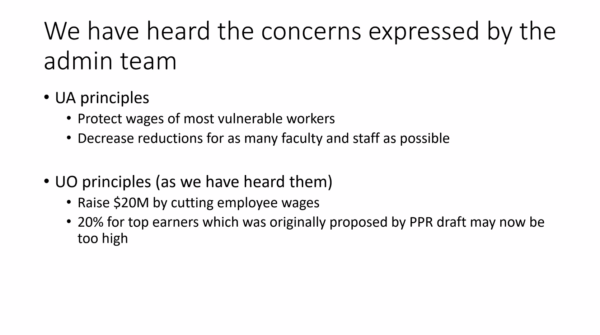 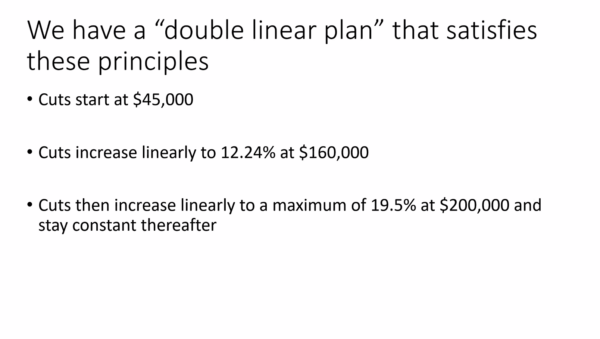 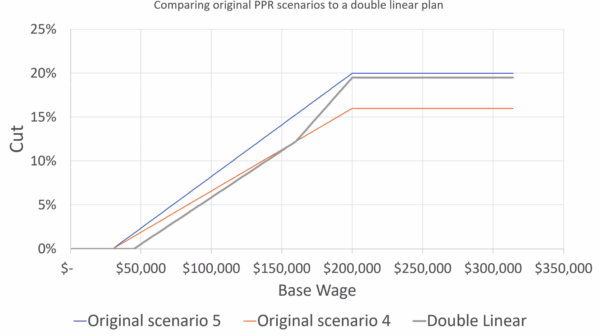 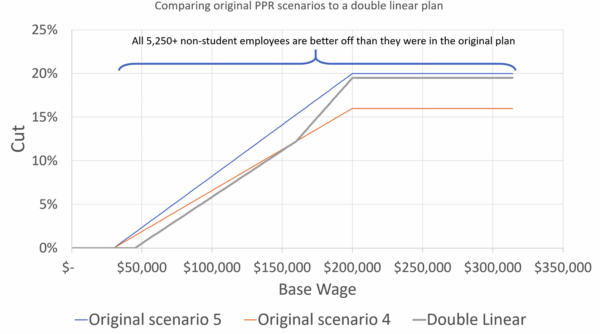 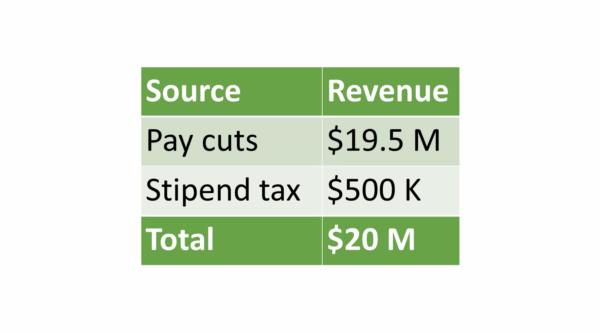 The admin is back with a a counter.

I’ll post more later, but their basic plan, in contrast to the union proposal, is to tax middle wage workers more and reduce the tax on the high earners, who are mostly upper administrators. What a surprise.

2:30: They’re back, Brad has a new plan. Missy is saying it’s another ultimatum offer: 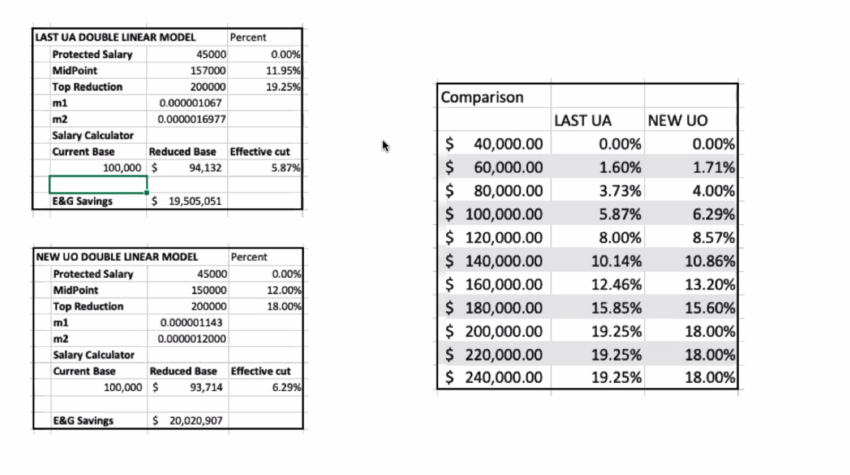 In a nutshell, this takes more from midrange faculty and OA’s, and less from the high income upper admins than the union’s plan. It also leaves the stipend loophole – no tax on car, cellphone, other stipends.

I believe the above is the final agreed on salary cut package – i.e. the “New UO” version. Here is the continuous version: 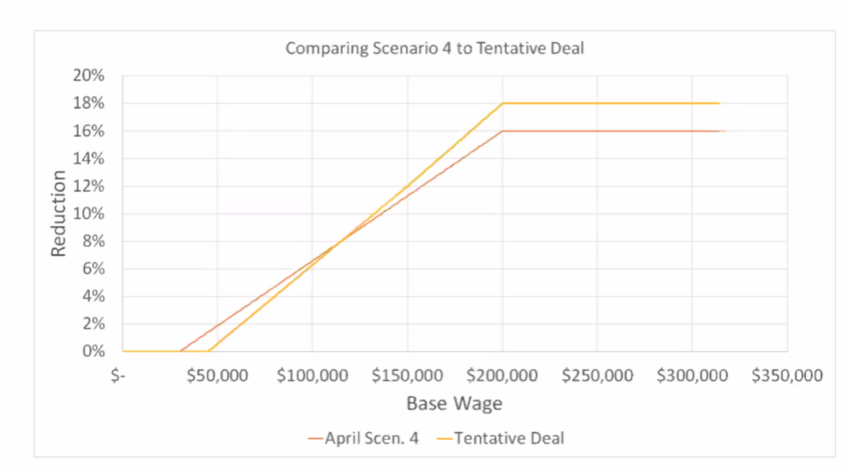 These are the maximum cuts, to be imposed if the revenue shortfall is $35M or more.

40 Responses to Bargaining IX, Tu at 9AM