You can register to watch  here, and will then receive a Zoom link via email. Liveblog, usual disclaimer: my thoughts on what people are saying, trying to say, trying to be thinking, etc. Nothing is a quote unless in ” ” ‘s.

Matella: Suppose we have a $1M state cut and a $10M tuition shortfall (projected from fall enrollment) and a $10M trigger/threshold. Faculty would be responsible for 39% of the $1M.

A 15% drop is about a $50-60M loss. So it’s very possible we get to the proposed $25M threshold. Pay cuts are a temporary solution to this temporary loss.

A state budget cut, however, will be assumed to be permanent. Pay cuts are not appropriate for dealing with permanent losses – instead we’ll need to cut baseball, close law school and CoD, etc. But we’ll need pay cuts in the short term. Also, permanent enrollment cuts will mean we’ll need fewer faculty (and fewer AVPs?) 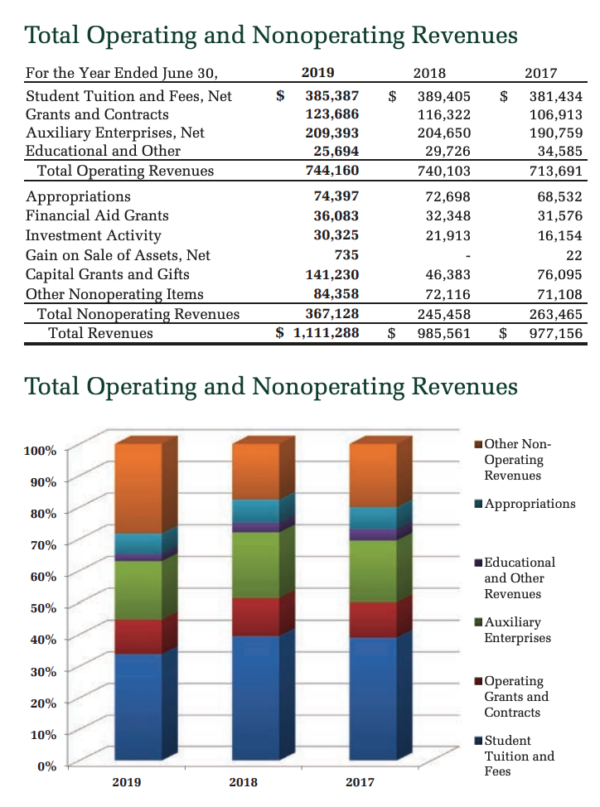 State lobbyist Libby Batlan predicts that this year there will be no cut to state funding, and explains that they are working to make sure UO gets its share of the CARES act etc.

Bernhard: I know people won’t believe this, but “I cannot remember the last time I had a conversation about funding for Knight Campus or the Track and Field championships”. [Bit late for that, really, the legislature still feels burned, and we still look like a rich big-time sports party school.]

Cecil: So, the people lobbying for Oregon 22 are not paid out of UO or Foundation funds? Batlan: No.

Cecil: Suppose we accept one-time pay cut in fall. Are you going to come back to us in spring and give us another ultimatum offer threatening the career faculty?

Matella: She’s talking, and may answer the question some day. …. Answer is yes, they might have to do that.

Matella: You’re just going to have to trust us if you want a deal. And no, we’re not going to agree to rules that will prevent us from pissing away the savings on sports events, or subsidizing the law school.

Sinclair: Trust you? He goes on to share a few thoughts:

Meanwhile here’s UO Foundation CEO Paul Weinhold promising to use the full faith and credit of the Foundation’s $1 Billion endowment to support the university’s teaching and research mission during this crisis.

Just kidding, he’s promising IAAF Pres Lamine Diack he’ll use it to make good on any losses from the Track and Field championships: 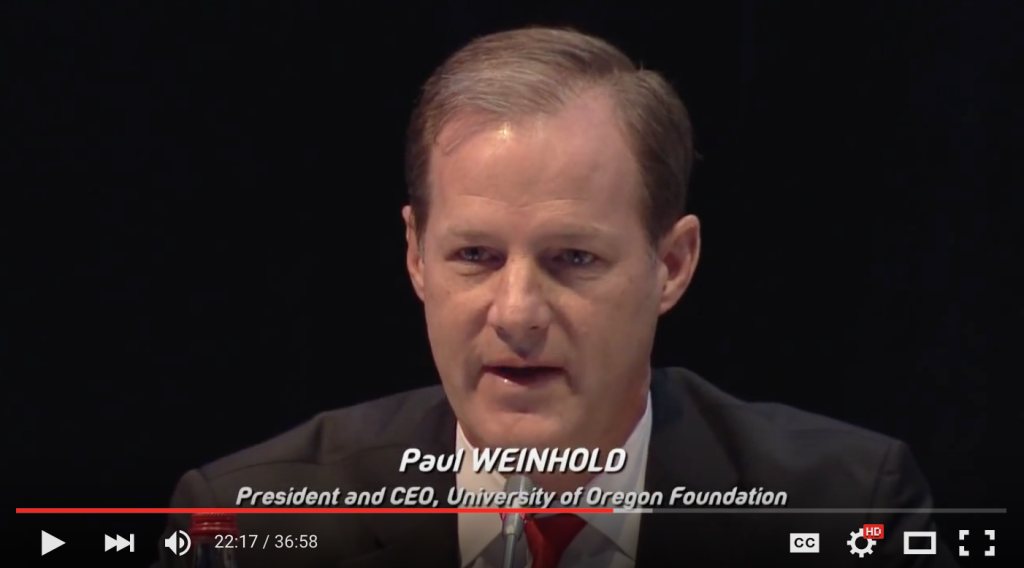 1:24, they’re back. Cecil has some revised bullet points but he’s scrolling through them too fast to capture. Seems to be going well with Matella.

Matella: Today has been productive, helpful.

3:25 – they’re back. Working on procedures to get specific language. Union e-team will work with admin’s on details of pay cut plan.