Update, 4/27/2011: One week after my post below, Barack Obama finally released his long form birth certificate. Coincidence? Every other sentient being on the planet may think so, but not me and this other guy with a website. With the help of Donald Trump and Oregon Attorney General John Kroger, UO Matters is going to win the public records fight, one president at a time.

4/20/2011: I’ve had my doubts for years, but I kept quiet to avoid the smirks of my liberal college professor colleagues down at the faculty club. But this NYT photo nails it: Barack Obama is not a US citizen. He is in fact the son of a Barbary pirate, conceived, born and raised at sea off Tripoli. He comes ashore only to wreak havoc on the infidels. Zoom in and you can see the blood on his scimitar – the blood of Christians. The eye-patch is the clincher. As for the ear-ring, don’t ask. 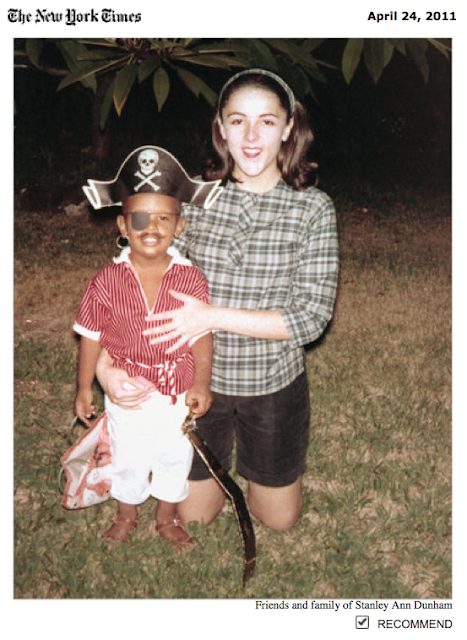 One Response to Trumped