Everybody gets an A

8/23/2011: Apparently the average grade in upper level courses in UO’s College of Education is now 4.04. This generic problem at Ed schools is described and criticized in this paper (data shown is from Indiana): 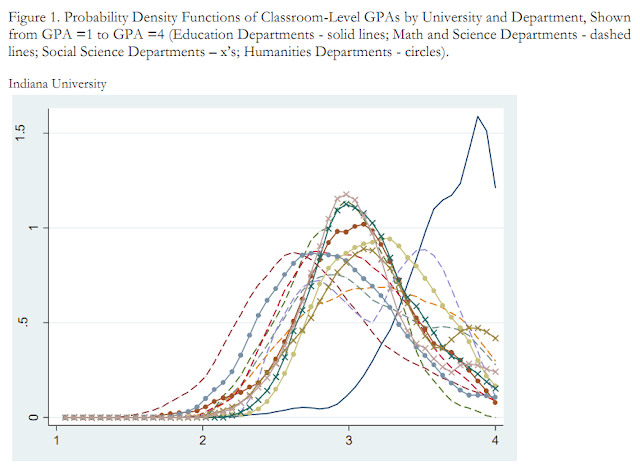 In my department the chair sends out an email every quarter showing how many A’s and B’s each professor gave out in each class, along with another email showing all the teaching evaluations. If you give out lots of A’s to get good evaluations you won’t fool anyone. Problem solved, except we still don’t give out enough D’s and F’s.

3 Responses to Everybody gets an A