7/24/2012: That’s Stephen Hsu in Physics, hired by Michigan State as VP for Research. More information on his blog, here. He will be missed.

Michigan had an open, public search with faculty input. The faculty has a formal written agreement with the administration requiring that. The process starts with the President notifying the faculty senate. The contrast with the insider dealing at UO is striking:

It’s time for the UO Senate to insist that the UO administration adopt the same sorts of rules for faculty input as Michigan State – as a binding policy. And let’s make it retroactive. 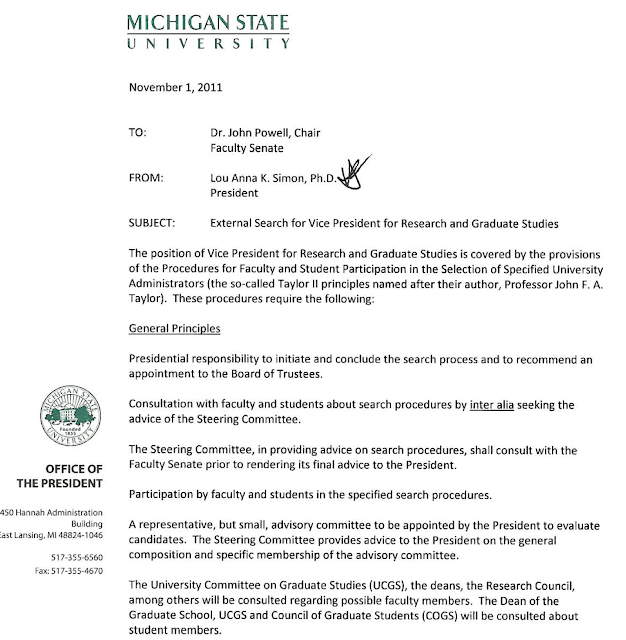 Tagged Policy on faculty input for administrators. Bookmark the permalink.

4 Responses to Hsu leaves for MSU