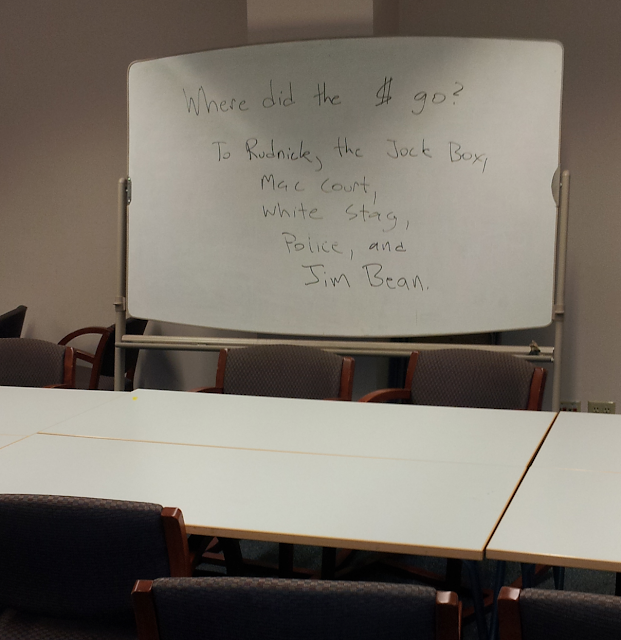 Your Guarantee of Truthiness: All UO Matters bargaining posts are publicly fact-checked by Geller and Rudnick’s secret team of well paid consultants. How well paid? Gottfredson wants me to pay to find out. I asked for the most recent 3 months of invoices 6 weeks ago, eventually got an estimate of  $214.50, paid it last week, and still haven’t had a response to my question about when the documents will be ready. The Oregon AG says 2 weeks is typically a reasonable time frame, start to finish, and the DOJ generally produces legal invoices in one or two days.

Disclaimer: My opinion of what people said or were thinking but were too polite to say. Nothing is a quote unless in quotes.