By uomatters | 07/20/2013 - 5:06 am |07/20/2013 Uncategorized
7/19/2013: Mark Johnson of the RG sports desk gets another dump of Kelly/Lyles docs from UO – 3 months after he made the public records request. UO NCAA Rep and former law professor Jim O’Fallon used to argue that these sorts of records were top secret, despite the DOJ ruling below, which he either didn’t know about or hid from the faculty. The redactions seem far in excess of what Dave Frohnmayer would have allowed back when he was AG: 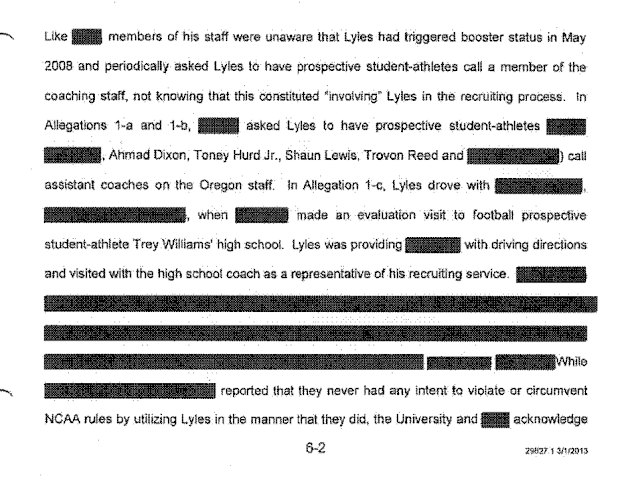 Full PDF here. O’Fallon still won’t tell the UO Senate Intercollegiate Athletics Committee anything substantive about this investigation. I’m on the committee, and I had to get this news from the RG website. But whatever, this is almost certainly O’Fallon’s last year in the job, and he’s certainly going out in style: without having had a performance review in 25 years.

1/23/2013: Breaking news. Full text of the order here. Sure, it’s from 1981, written by the DOJ when Dave Frohnmayer was Attorney General – but it’s a pretty strong order. It still stands as precedent, and it is cited in the most recent DOJ Public Records Manual, here. Sportswriters, file your public records requests for the Kelly / Lyles allegations and findings now, through Dave Hubin’s public records office, here. 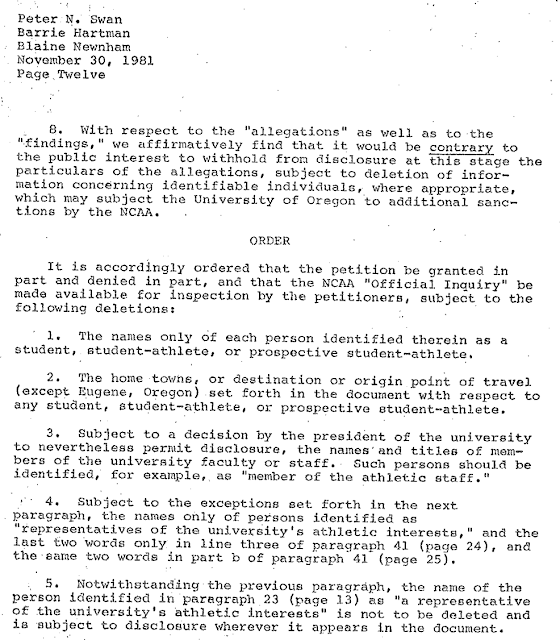