They’re a little early this year, and boy are they capturing the spirit of this official University of Nike holiday. Two years ago they fired President Lariviere without consulting the UO faculty or Senate. Today they renewed President Gottfredson’s contract until June 30, 2016 without consulting the UO faculty or Senate. What info I can find on Gottfredson’s secret performance review is here. This decision ties the hands of UO’s new Board of Trustees for a full two years past the 7/1/2014 date they take authority. The scene sure brings back some memories: 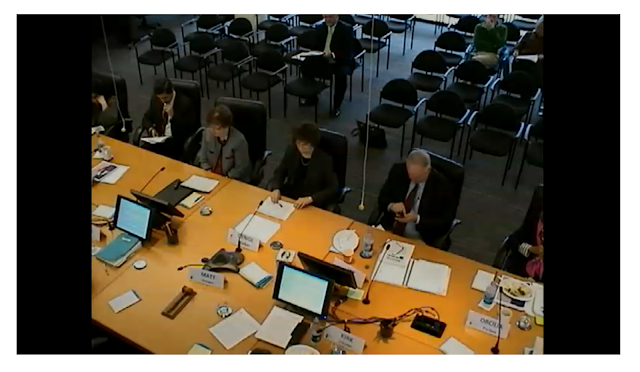 Break out your hats and mark the day. Last year on November 21st OUS Chancellor George Pernsteiner and Board Chair Matt Donegan came down to UO with their ultimatum. Lariviere refused to resign, so they fired him on instructions from Governor Kitzhaber. Nigel Jaquiss broke the news on the 22nd. And in case words aren’t enough Knight’s “Oregonians for Higher Education Excellence” PAC now has more than $400,000 in reserve, ready to buy whatever legislative votes are necessary to get UO its independent board – probably with no faculty representation, unfortunately.

Some of our many posts on this sorry episode in UO history:

KEZI interview with Kitzhaber and excerpts from the OUS Portland firing meeting:
The Faculty Assembly meeting:

Dr. Pernsteiner has scrubbed the OUS minutes website of any mention of the angry 11/28/2012 public meeting with the OUS board and the UO faculty and alumni. Nice try, but UO has posted the full video on Youtube. Everything except what happened in Paul Kelly’s secret bathroom caucus, right before the official vote:

16 Responses to Legislature and UO Trustees