Update: No word on pay and perqs or Aliotti’s buy out deal, if any. Aliotti was getting $420K, see below.

“The well is dry” for external equity raises for faculty, but it’s flowing freely over at Rob Mullen’s football operations offices, thanks in no part to the millions in subsidies he gets from the academic budget. There will be a report from the Senate ad hoc committee on ending athletic department subsidies at the meeting Wednesday (Full dislosure: I’m the chair). A vote is currently scheduled for the Feb 12 meeting, unless the ad hoc committee can work out a compromise with President Gottfredson before then. Things don’t look particularly optimistic at the moment. VP for Budgeting Brad Shelton refused to let me attend the Senate Budget Committee meeting on the athletic budget on Dec 11, a week after President Gottfredson gave his support for the ad hoc committee. 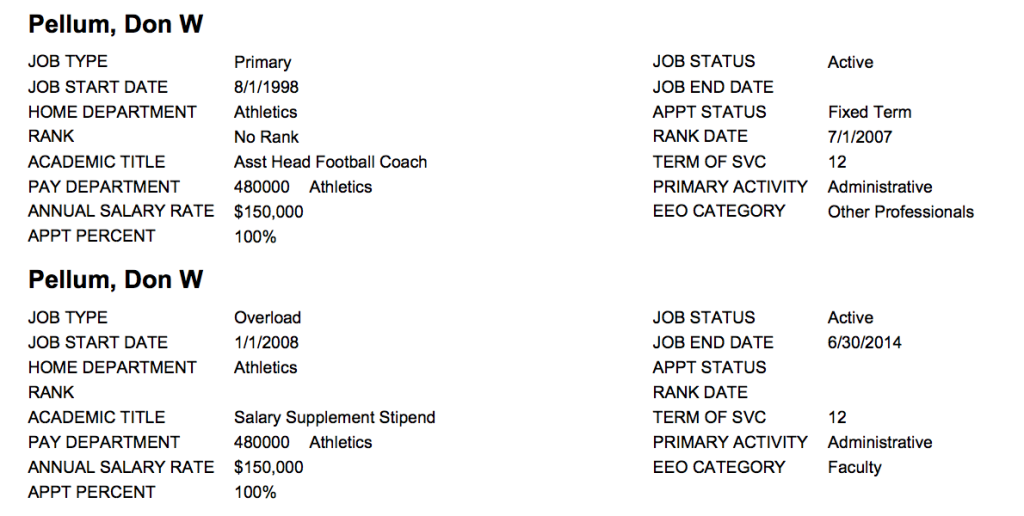 UO helped Mike Bellotti exploit a PERS loophole to collect retirement income on payments from Nike, even though no (or vastly inadequate) PERS contributions had been taken out. He’s now getting more than $500K a year, and the unfunded liability for PERS is about $5M. Payments from regular OUS employees, and Kitzhaber’s cuts to their benefits, pay for this. It looks like Aliotti is also PERS Tier 1, and will be eligible for the same sort of pork. Ted Sickinger’s amazing 2011 Oregonian expose on the Bellotti scam is here. Aliotti’s retirement announcement is on goducks.com, here. UO is paying Alliotti $420K a year, I believe that includes his Nike supplement: 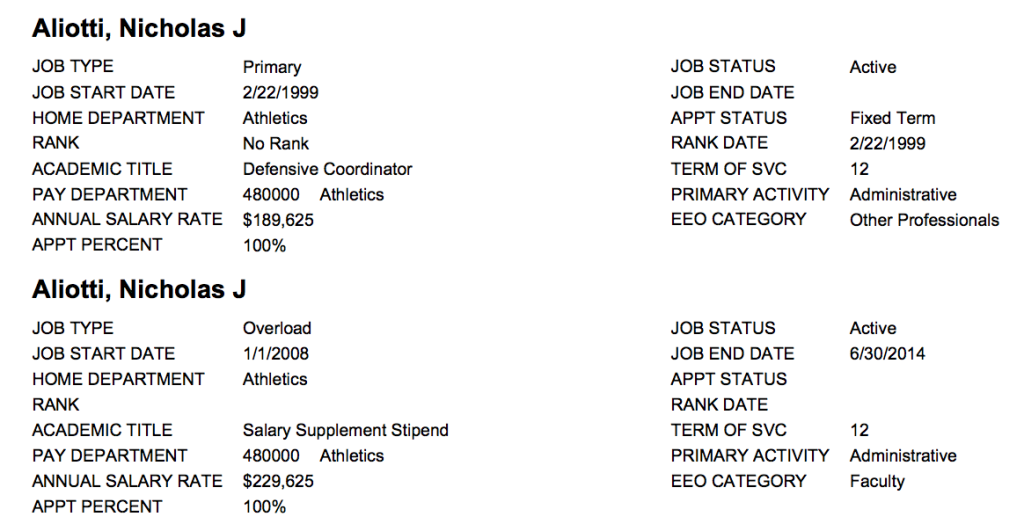