Official Beaver blog brags their tuition is lower than UO’s

The Beaver’s version of “Around the O” is called Life@OSU. Either they are confused about the difference between the “rack rate” and what students – particularly low income students – actually pay, or they are hoping to confuse prospective students, who will soon be deciding between going to UO or OSU:

“While this represents an increase from the 2013-14 tuition rate ($6,876 for the year), it is well below the median tuition for Oregon State’s peer institutions, and less than the tuition rate charged by the University of Oregon,” Clark said. The median tuition for OSU’s peer land grant institutions is $9,510; the University of Oregon’s rate in 2013 was $8,280.

As the Oregonian report below shows, UO gives better discounts than OSU. Unlike UO’s “Around the O”, Life@OSU accepts comments. We’ll see if they post them!

Betsy Hammond has the data, in the Oregonian. 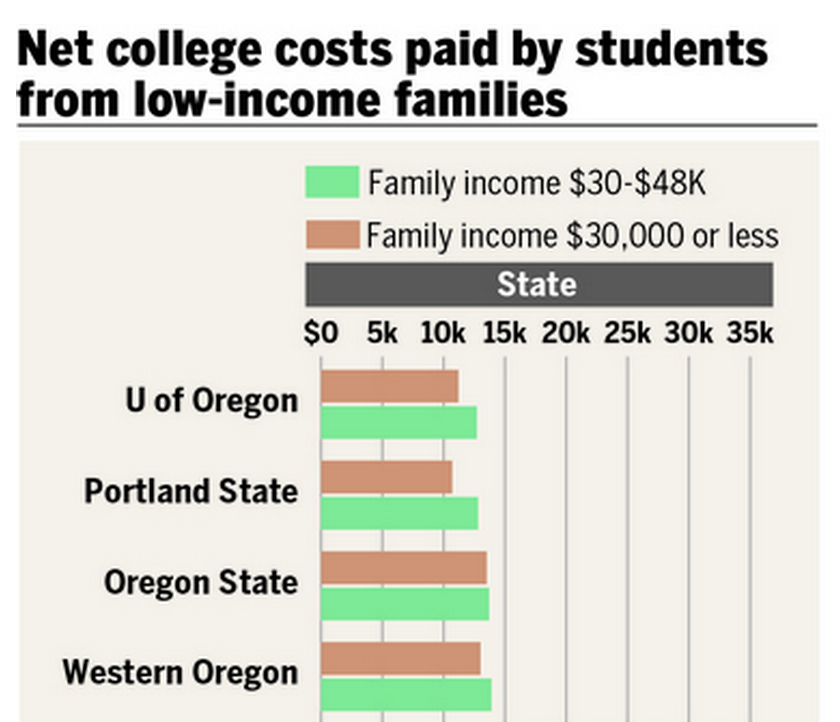