Senate to strip Geller of his powers?

4/8/2014 update: Not entirely, but this new UO legal services policy, to be debated and voted on at the Senate meeting this Wednesday, will sure put a crimp in his style. Among other sensible and long overdue restraints on our chief attorney:

Prior to any decision to participate in litigation not directly involving the University as a party by filing an amicus curiae brief, the General Counsel shall notify the President of the Senate of the intention to do so.

Kudos to Gordon Sayre (English) and Tom Lininger (Law) for getting this done. Maybe Geller will react by firing off another email like this one?

Or this unlawyerly stupidity, which made it into the Oregonian?

In brief: UO paid our General Counsel to help write an anti-free speech brief to the SCOTUS. From the timing, it looks like President Gottfredson authorized this.

Back in 2009 OSU staff trashed the news boxes of a student publication called “The Liberty”. Liberty sued OSU over a First Amendment violation. The 9th circuit court said OSU should pay damages. OSU tried to appeal the case to the SCOTUS, and a group of other universities wrote an amicus brief, taking a firm first amendment stand: against free speech, and for the OSU administration. Our own Randy Geller joined in: 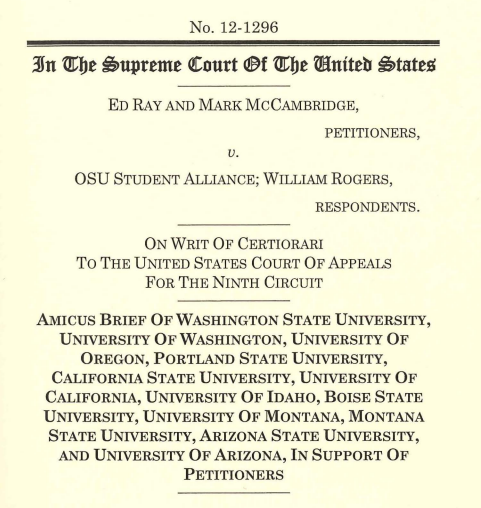 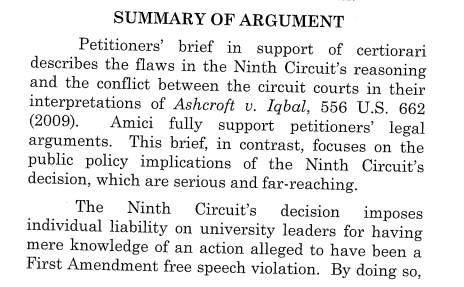 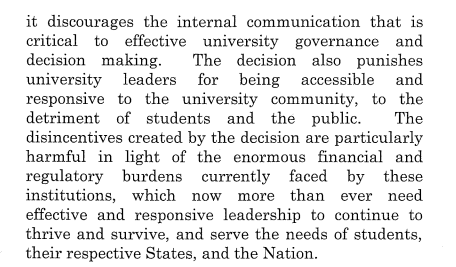 “… and the Nation.” Really? Administrators want the money and the power, but not the responsibility.

Say what you will about our Supreme Court, they’ve got a soft spot for most of those first 10 amendments. They rejected the argument that administrators shouldn’t be personally liable for civil rights violations at the universities they are paid to run, and refused to take the appeal. Apparently without comment. And as Betsy Hammond reports in the Oregonian, OSU has now settled for $1,000, plus $100,000 in legal fees. No word on how much of the time that Geller is supposed to be spending as General Counsel he wasted on this.

This isn’t the first time Randy has filed an amicus brief. The most recent was in favor of the (successful) efforts of Sharon Rudnick, Dave Frohnmayer, and HLGR’s efforts to get the state of Oregon to pay them $864,000 in legal fees over Sylviagate.

3 Responses to Senate to strip Geller of his powers?