Good for the student for reporting this. It must have taken a lot of courage. From the Diane Dietz scoop in the RG, it sounds like UO handled it pretty quickly:

The freshman, in a recent interview with The Register-Guard, said UO officials took her report seriously and “acted upon it as fast as they could.”

Two months after the report, Professor CHiXapkaid Pavel was gone. That’s a big speed improvement from the 3.5 months it took UO to get rid of the 3 alleged basketball rapists.

But then professors don’t help Rob Mullens get his bonus, or sell Matt Court season tickets, or count towards Dana Altman’s NCAA APR ratings, or provide circuses for the Duck’s big-time sports boosters. So it will be interesting to find out if our colleagues in the Johnson Hall administration, under the expert guidance of Interim GC Doug Park and his 5 mysterious Assistant GC’s, followed appropriate discipline procedures and due process for firing a tenured professor.

A high-profile educator, scholar and public speaker in the University of Oregon’s College of Education left the university Jan. 20 without ­explanation.

Donald Michael Pavel, 55, was a fully tenured professor at the university for more than five years, according to a UO spokesman.

Pavel made a “full departure” from the university, College of Education Dean Randy Kamphaus confirmed. But Kamphaus declined to say why the professor left. “That’s a sensitive personnel issue that — unfortunately — I can’t comment on. I regret that,” he said.

Pavel declined multiple ­requests for comment on the reasons for his departure.

Two months before Pavel’s departure, a UO freshman reported to the UO Police Department that Pavel ­repeatedly touched her inappropriately during a Nov. 14 event in Portland.

Pavel, who goes by his Native American name, CHiXapkaid, and the freshman — in her first quarter at the UO — were separately attending the annual gala of the Native American Youth And Family Center at the Portland Art Museum, according to the police report, which The Register-­Guard obtained under a public records request. …

FWIW, myedu.com reports that Professor Pavel was a remarkably generous grader – not that that’s a crime: 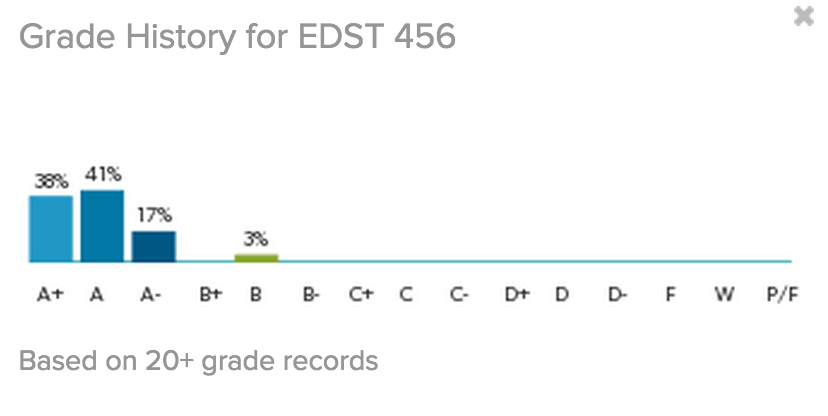 Note: I’m happy to post comments on the process or principles at stake here, but I’ll try and delete gossip that speculates about the student or the professor. If something slips through let me know.