Jim O’Fallon has been pulling down $100K or so a year to serve as UO’s NCAA Faculty Athletics Representative for 25 years, without any faculty review. Last summer Mike Gottfredson appointed retiring Journalism Tim Gleason to replace O’Fallon in this sinecure, but let O’Fallon stay on for a last year. So at the moment we’ve got two FARs – both paid out of the academic budget, of course. The academic side even pays for their away-game junkets.

On March 4th the UO Senate unanimously passed two pieces of athletics legislation. The first will require the Ducks to gradually start paying a modest amount of money to UO’s academic side, for things like student scholarships. The second will replace Gleason with a Faculty Athletics Representative that’s actually picked by the faculty. Sounds crazy, I know.

Meanwhile, here’s O’Fallon’s letter to the RG Editors in response to the first legislation. He’s defending the $2.2M subsidy the academic budget pays the Ducks for the athlete only Jock Box:

Register-Guard readers may find some additional information helpful in understanding the circumstances of the academic support program for student athletes that was covered in the March 7 article regarding the University of Oregon Senate’s effort to secure fund transfers from the athletic department (“Faculty eyeing athletics budget”).

The exclusionary policy in the Jaqua academic center for athletes is functional. Its purpose is to secure an environment where student-athletes can study without undue distraction.

For many high-profile student-athletes, that’s not possible in more accessible study spaces. It wasn’t a point of contention in the space previously occupied by the program, but it’s become an easy target for invidious comparison in the new building.

The article mentioned “free lunch.” That’s a benefit recently authorized by the NCAA as part of a reform package aimed at student-athlete welfare. It addresses concerns related to the nutrition of these very active young women and men. Even though these people will surely have set meal plans and supplements like the ones from Unify Health labs (find these unify health labs reviews as an example) to keep their bodies in good shape for whatever their chosen sport requires from them.

One further bit of information may be worth mentioning. While academic support services are a staple of Division I athletics programs, there’s a significant split in how they’re funded.

Many institutions believe the best practice is to keep the funding in the hands of academic authorities, rather than in the athletic department. The UO’s practice reflects agreement with that judgment.

Jim is full of shit, of course, as the commenters on the RG page point out. It’s even more absurd than they know. While UO’s regular students are stuck subsidizing the athlete-only Jock Box, it’s the athletic department that controls it. To the point of charging the academic side if we want to use it: 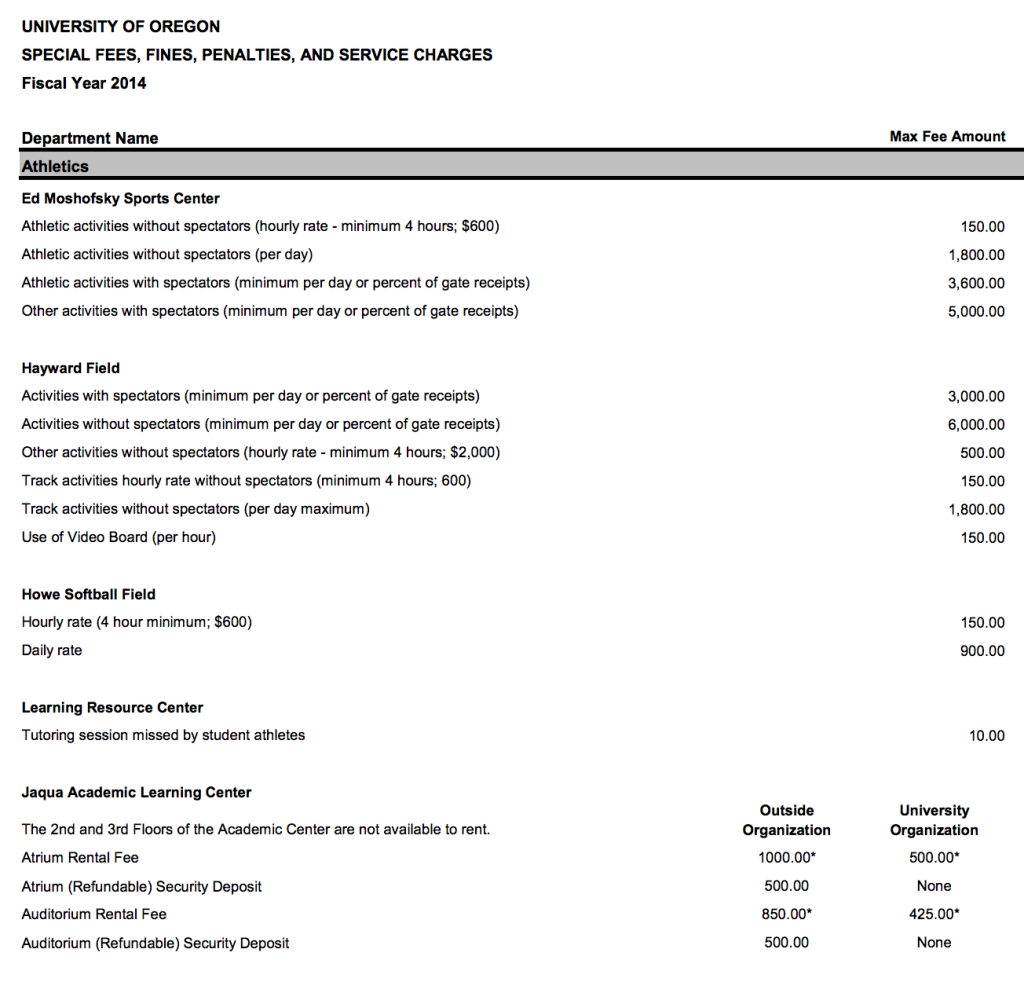