Either UO has a new president, or Parker Search’s Laurie Wilder lied to us

Update: I’ve been told that Laurie Wilder asked the UO Board for permission to get involved in a second search.

3/19/2015 update: I distinctly remember Parker Executive Search’s President Laurie Wilder saying, while sitting there with Connie Ballmer, that UO would get an exclusive: Parker would not take on another presidential search for an AAU university while they were working on the UO search.

But last week the Daily Iowan reported that the University of Iowa had also hired Parker to find them a new president, also in February, for $200K + expenses:

The search for the next University of Iowa president will soon be in full swing.

Jean Robillard, the UI vice president for Medical Affairs and head of the Presidential Search Committee, announced at the state Board of Regents meeting in Iowa City on Wednesday that the panel would have its first meeting on March 25. …

Regent President Bruce Rastetter said the committee’s first official meeting with Parker Executive Search — a firm the regents hired whose duty is to define the goals of the search, develop specifications for the presidential position, create a timeline, and be heavily involved in the interview process — will mostly likely take place in late April or early May. …

The regents announced they had chosen Parker in mid-February.

Iowa has been in the AAU since 1909, so I see three possibilities:

UO’s search has been botched from day one, when Chuck Lillis snuck secret rules, with minimal faculty participation past the board. Faculty Trustee Susan Gary should have helped him avoid the resulting embarrassment, but she was asleep at the wheel as usual, and isn’t even on the search committee.

The Iowa search committee has 21 members. Seven of them are faculty, including the president and president elect of their faculty senate: 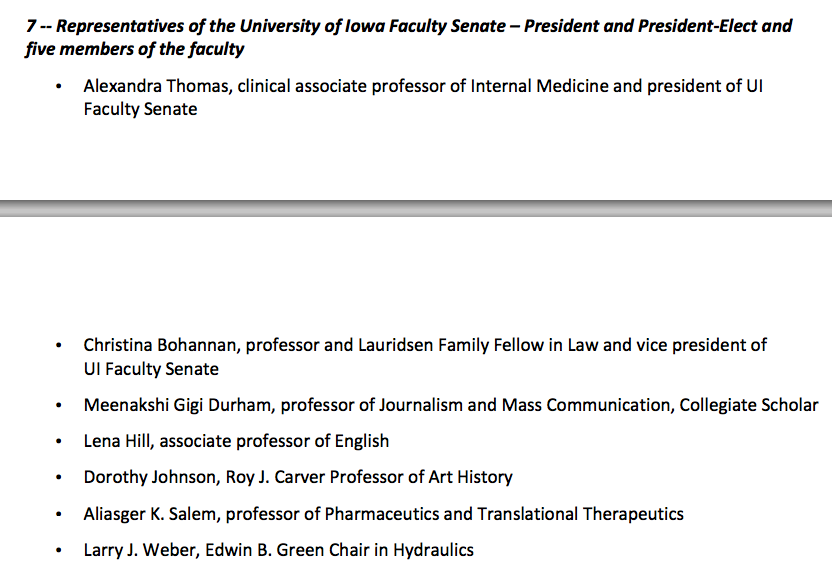 There are also two students – undergraduate and graduate. Chuck Lillis’s search committee has no students, and more Moffitts than faculty.

Maybe it’s time for the Board to give it up, and beg Coltrane to keep the job?

2/11/2015 update on 9AM search meeting. Trustee Connie Ballmer, Parker princip Laurie Wilder, some people from the search committees. Only others were me and maybe 2 other faculty, one or two OA’s and staff, and Diane Dietz and RG photographer Chris Pietsch.

I have to say that I was surprised and impressed by Ms Ballmer’s and Ms Wilder’s willingness to answer some tough questions. Wilder got into the nuts and bolts of what candidates ask her (e.g. what sort of board does UO have? Control-freaks, laissez-faire, etc.) The Senate is not going to like some of the answers we’re going to get this afternoon about the process, but personally, I’m no longer quite as paranoid about the likely outcome.

From their bid to handle the search for a new Florida Atlantic University president, here. Their past searches? 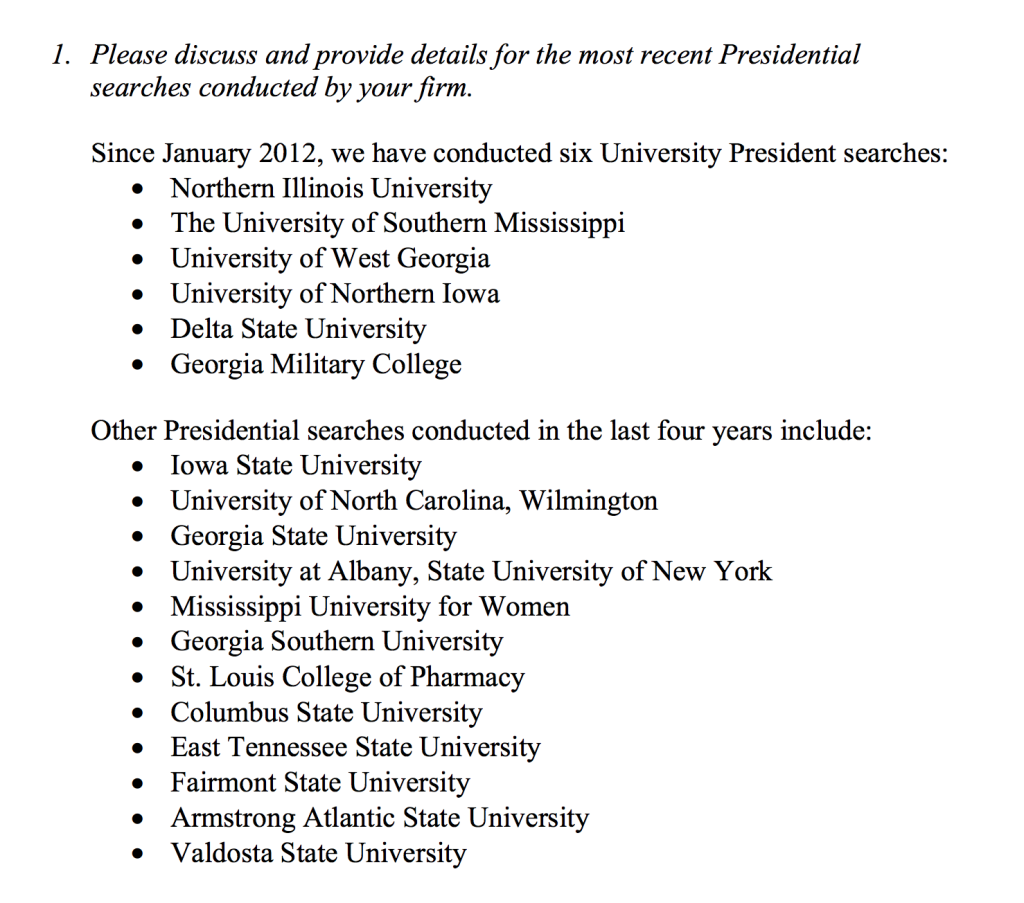 The good news is that they charge accordingly: 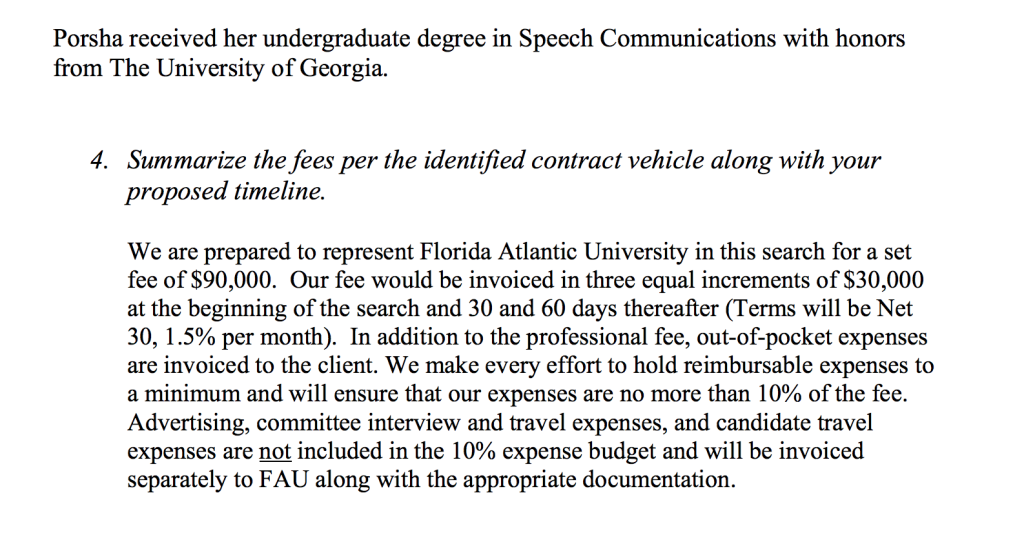 Update: Diane Dietz has the story on this meeting in the RG, here:

The search is closed. The public won’t know the identity of the top candidate until the trustees schedule a public vote to hire her or him. Ballmer and Wilder declined to say whether there are in-house candidates.

Candidates ask what they might encounter at the UO, Wilder said, including the notion of a revolving-door presidency; contention between faculty, administrators, athletics officials and other groups; and other troubles, such as campus sexual assaults and labor strikes.

Candidates are definitely asking about those issues, Wilder said. “They want to make sure that they can have a working relationship,” she said. “That has been something that’s been critical to candidates.”

26 Responses to Either UO has a new president, or Parker Search’s Laurie Wilder lied to us