Updated: On March 11 the PAC-12 university presidents met to approve the spineless “Altman-Austin Rule”, which would *not* have stopped Dana Altman from bringing Brandon Austin to UO. It does *not* ban efforts like those by UO lawyer Doug Park to settle with Austin on terms that would have allowed UO to quietly pass him off to the next unsuspecting college. It just means Park would have had to offer Austin a lower penalty in order to accomplish that goal.

Here’s the 5/16/2014 story on Austin at Providence. The university’s disciplinary board had voted to ban him from campus for a year,

“But a vice president at the private Catholic college who reviewed Austin’s case overturned the decision on Dec. 23, allowing the freshman recruit to stay in school and continue to practice with the team.”

Which is exactly the sort of thing that will now happen in the PAC-12. Coaches will lobby to keep the penalties for their troublesome players below the PAC-12 cut-off so that they’ll transfer rather than sue. University administrators will comply, knowing that’s the easiest way to get rid of the player.

The lawsuits from Brandon Austin, Dominic Artis, and Damyean Dotson  against Mike Gottfredson et al. are here. Here’s the email from Austin’s lawyer (paid by the UO students through ASUO) to current UO Associate GC Doug Park (paid by the UO students through the general fund), discussing his offer to give Austin the clean transcript he needs to transfer and keep playing: 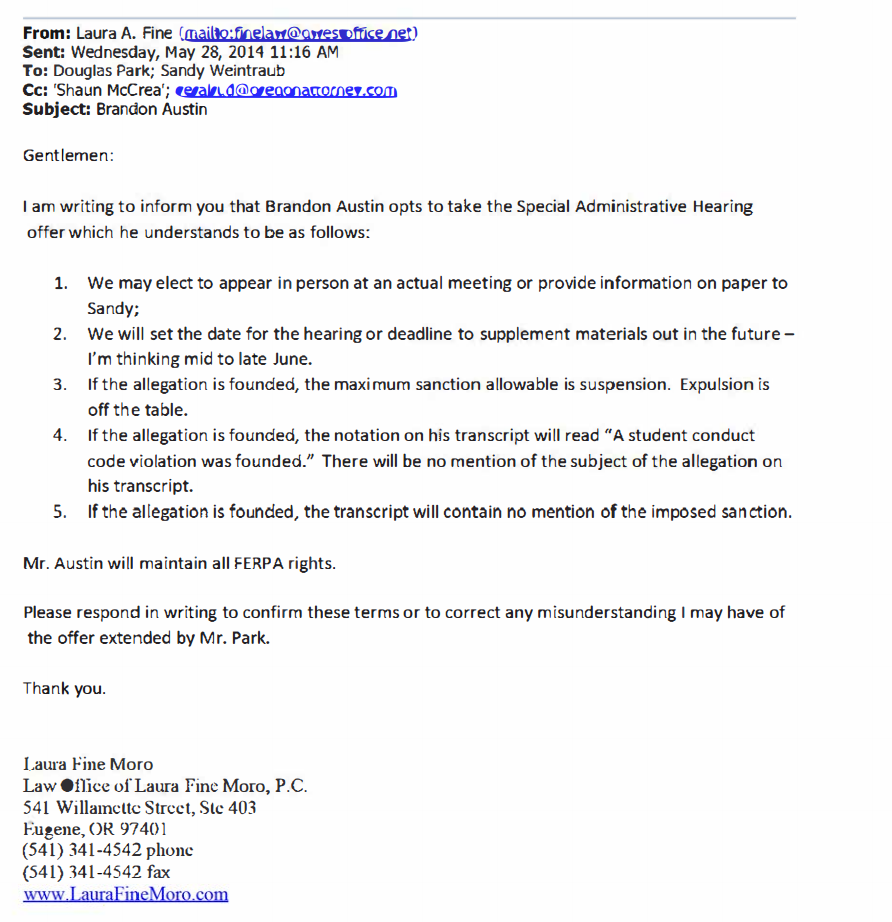