The San Diego Union-Tribune (Debbi Baker) reports on a controversy about pro-Donald Trump sidewalk chalking at the University of California at San Diego, which drew this response from Prof. Ivan Evans, the provost of one of the six UC-San Diego undergraduate colleges (Eleanor Roosevelt College):

It is with dismay that the ERC community and the campus at large learned that vandals, as yet unknown, defaced university property on Friday by chalking offensive comments on the sidewalks close to the Raza Resource Centro and on Library Walk. … Whoever furtively inflicted this incident on campus does not deserve the attention they cannot receive through rational discourse and open debate. In condemning the incident, ERC expects that any violation of UCSD’s Code of Conduct will be treated with the greatest seriousness and draw the fullest sanctions that may apply.

In 2010 former UO GC Randy Geller tried to get the UO Senate to include a ban on chalk in the facilities use policy, except when authorized by the president:

We rejected this proposal. But what would Eleanor Roosevelt say? I’m not sure. While the UN’s Universal Declaration of Human Rights that she negotiated with the Soviets does include free speech, it doesn’t specifically address furtive water-soluble chalking.

The Foundation for Individual Rights in Education has the story on Emory President James Wagner, here: 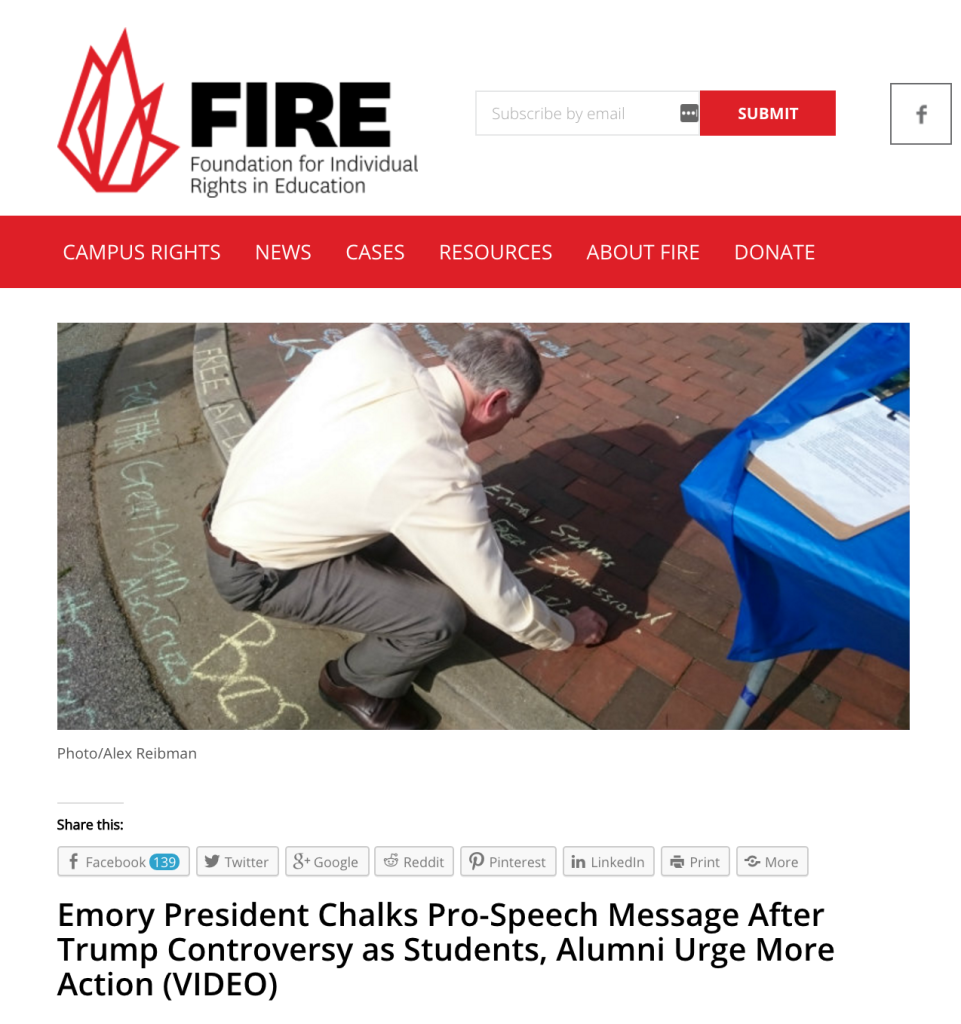