The University of Oregon is one of the 50 best universities nationally for “Lesbian, Gay, Bisexual, Transgender and Queer (LGBTQ)” students, says the ­rating service collegechoice.net.

… The UO also offers gender-­inclusive housing where students can room with members of any gender they wish. In academics, UO offers a minor in queer studies through the Department of Women’s and Gender Studies.

Plus, this year the UO is redesignating up to 111 restrooms on campus as gender-­inclusive facilities.

The UO Economics Department was one of the first to get the “All Gender” restrooms, and I can report that Ted Cruz’s worst bathroom nightmares were not well grounded in reality. It seems most of Indiana’s republicans agree.

I’m not saying correlation is causation, but perhaps the fact UO pays its economists just 72% of peer salaries is the reason Economics has long been known as UO’s most progressive academic department. Although I did hear one of the old-guard mutter “I just hope I’m not caught in here with some differently gendered undergrad and my pants down when DeFazio’s earthquake alarm goes off.” 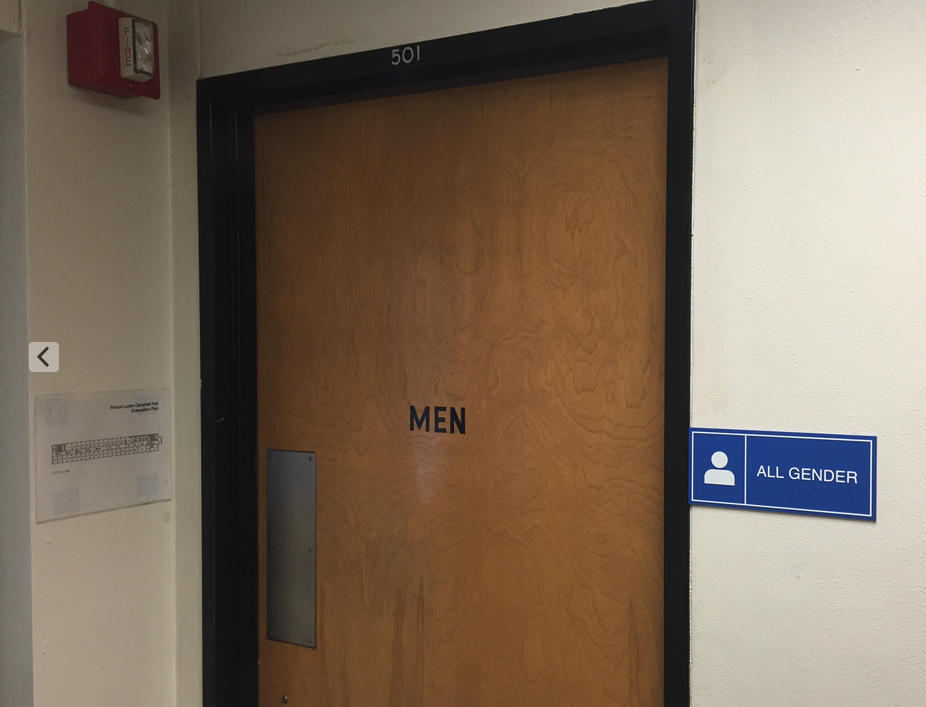 Still a few kinks to work out with the signs, however.

10 Responses to UO in top 50 for Lesbian, Gay, Bisexual, Transgender and Queer students