The Final Order in regard to the Oregon Board of Psychologist Examiners investigation of Counseling Center Director Shelly Kerr’s decision to comply with UO Deputy General Counsel Doug Park’s request for alleged basketball gang-rape survivor Jane Doe’s confidential counseling records was made today. You can download the thorough report from Oregon Administrative Law Judge Alison Green Webster and the ruling of the OBPE here. Kerr was represented by C. Robert Steringer of HLGR. He lost:

According to the timeline in Webster’s report, Jane Doe’s attorney John Clune sent Park a “litigation hold” on Aug 5th 2014 to ensure that the records were not destroyed. But Park’s office didn’t ask the Counseling Center for the documents until December 8th, *after* mediation failed. Despite this 4 month gap, and despite the fact that he knew Clune already had a copy of the file (Clune had shown him some excerpts during mediation) Mr. Park maintained that the only reason his office asked for the counseling records was to comply with Clune’s litigation hold and keep the records safe. Some excerpts from Judge Webster (Licensee & Respondent refer to Kerr): 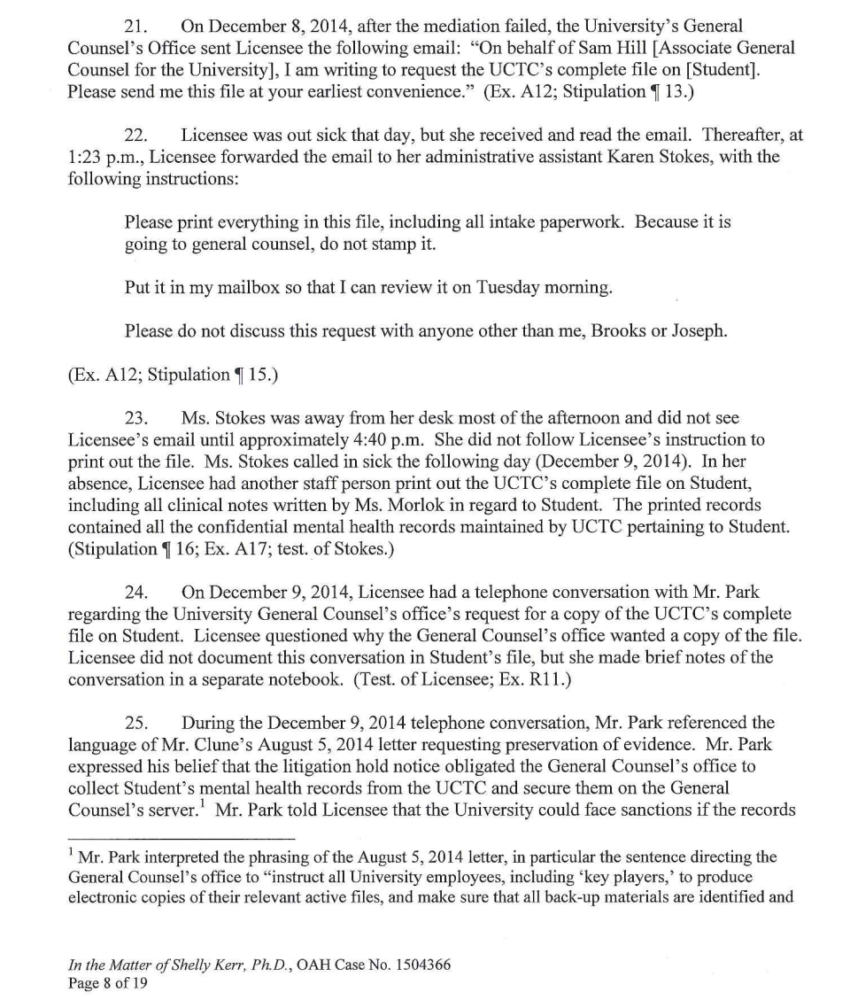 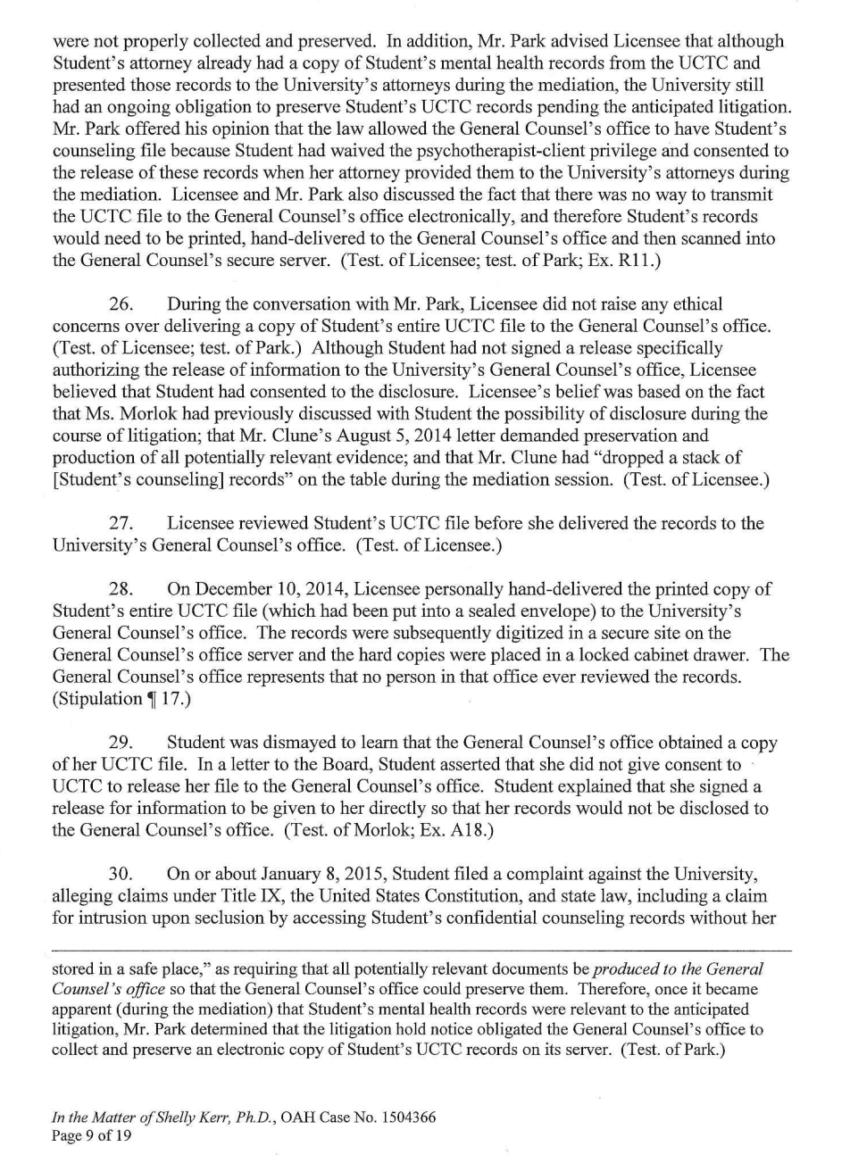 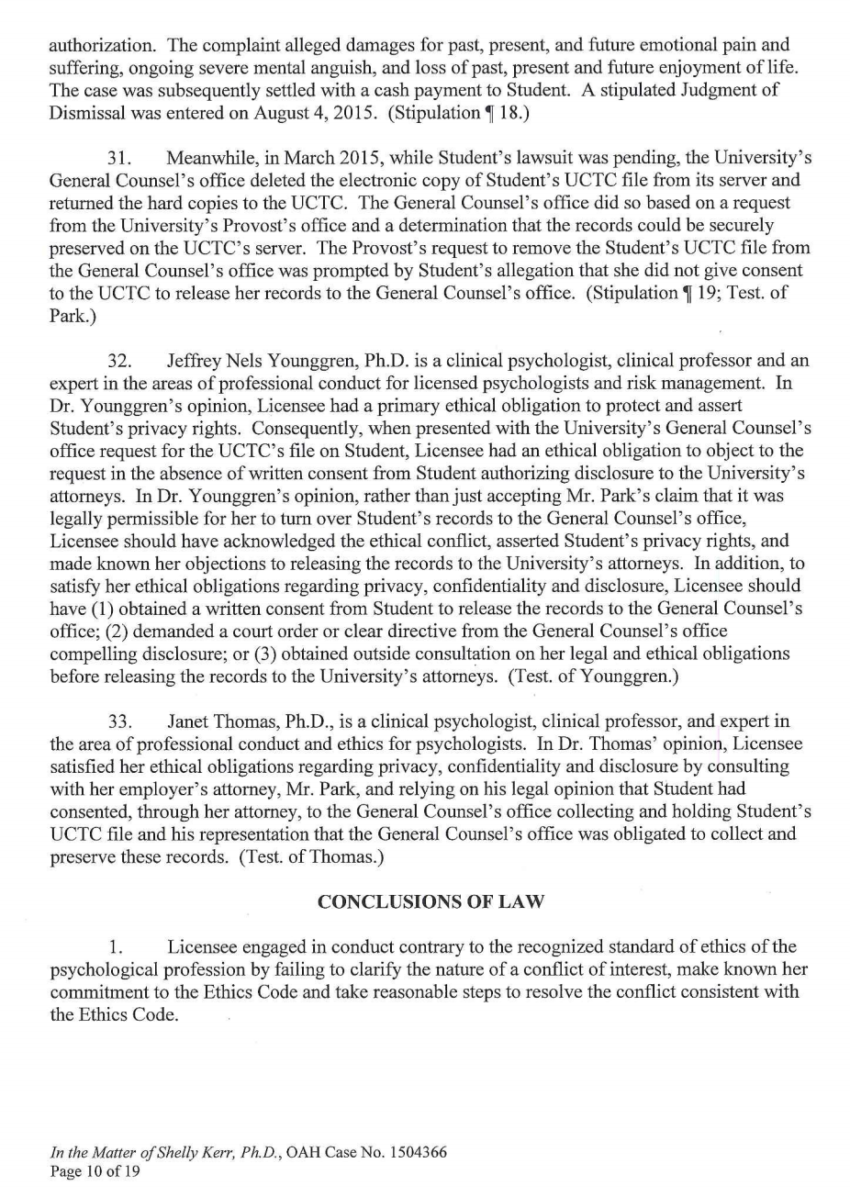