8/26/2016 update: Coach Helfrich has now declared the player guilty, and in doing so has committed a flagrant violation of Klinger’s interpretation of the accused’s FERPA rights. The Salem Statesman Journal reports:

“[The student-athlete] has been suspended indefinitely for a violation of University and Department of Athletics codes of conduct,” Oregon coach Mark Helfrich said in a released statement. “At the conclusion of the University process, his status as a student-athlete will be evaluated further.”

Oh, right, the athletic department makes their players sign a FERPA release. How could I forget Dana Altman and Craig Pintens not telling me that? How could Tobin Klinger? Video here: 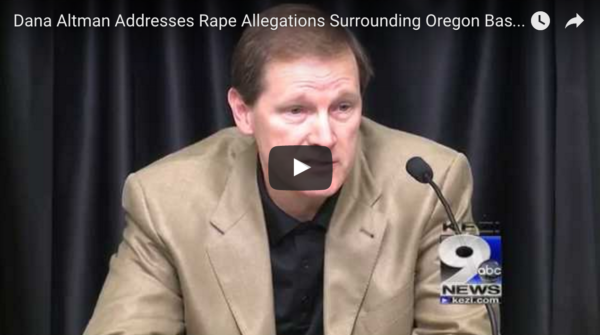 Why did Mark Helfrich keep this quiet until after the Emerald reporters broke the story?

And guilty of what? The Duck’s team rules include things like a requirement you call Professional Development Coordinator Tom Hart on his *personal* cell-phone if you’ve had contact with the cops: 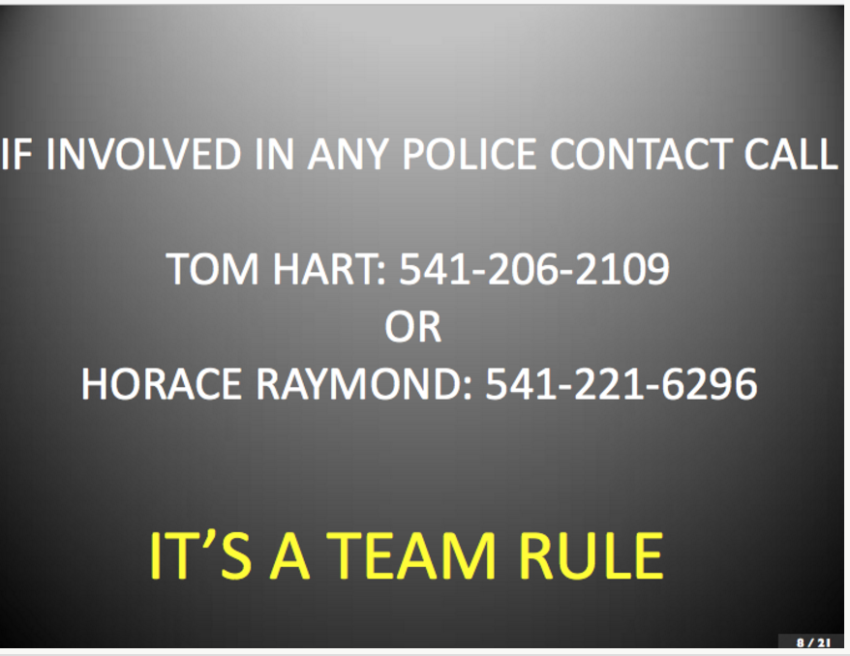 And stay away from Egyptian motorcycle gangs and the Russian prostitutes they own.

8/26/2016: The Daily Emerald has the scoop here, from Tran Nguyen, Ryan Kostecka and Cooper Green. The RG and Oregonian reports do a nice job citing them. UO strategic communicator Tobin Klinger has his traditional response:

I’m no law professor, but here’s what the lawyers at the US Department of Education who supposedly enforce FERPA have to say about Klinger’s FERPA claim: