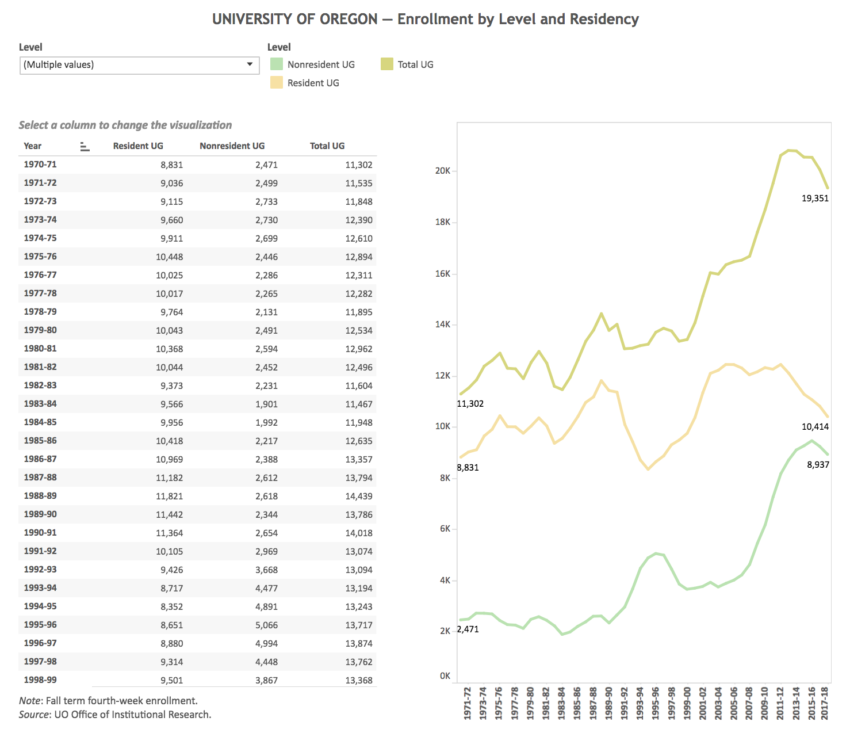 Meanwhile Oregon State is up 1.1%. Portland State freshmen enrollment is up 8.8%.