12/7/2017: All the cash and apparel goes to the Duck Athletic department, except for a cut of the royalties for the academic side. Academic Departments will have to contract with Nike if they want to sell t-shirts. More details in the Register Guard here:

Stanton said that the additional money from the deal would be used to keep up with department’s growing expenses “including the rising cost of scholarships and student-athlete support,” rather than being spent on new initiatives, facilities, or staff.

Really? Because I heard Mullens was planning to give the money to Willie Taggart. And last time I looked the Ducks were telling Duck Athletic Fund donors that it was their donations that paid for scholarships and student-athlete support. And you wouldn’t want to misinform the donors – there’s a state law about that, as Jamie Moffitt knows.

My apologies to GC Reed for blaming him for this deal in my first post below.

The details are still under negotiation, but the basics are on the UO Board website here (pdf p56): 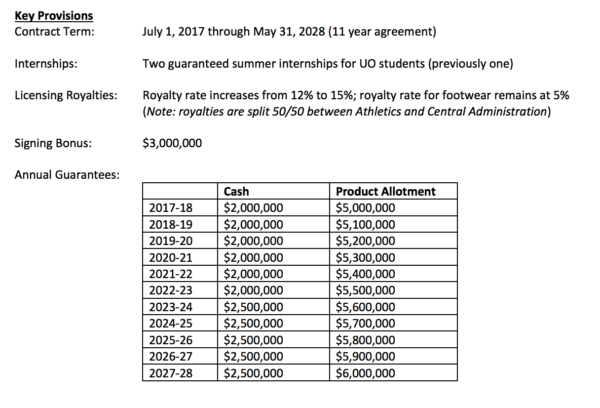 I wonder how much of the $3M bonus and annual payments will go to the academic side?

In comparison the old deal was a giveaway – though the administration did get themselves some free sneakers out of it: 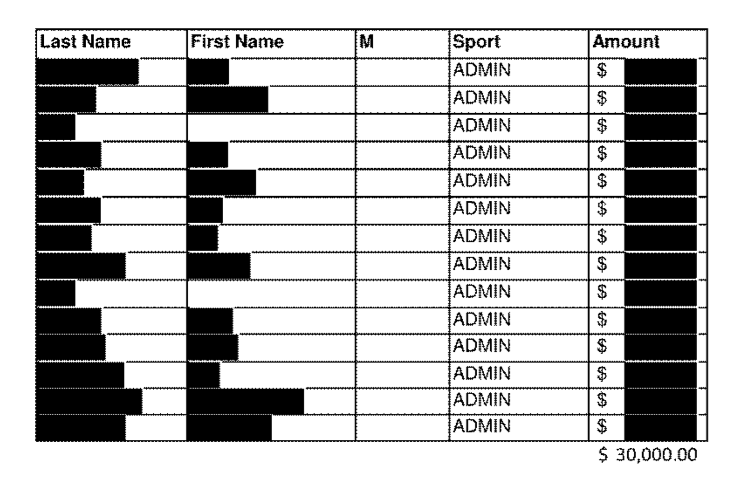