The Johnson Hall lobby has been the primo spot for sit-ins since Nam, Workers Rights, and Dana Altman’s players rape allegations. My favorite was the UO Divest campaign, where emotions ran so high the protestors refused the chocolate Pres Schill brought them. Then Kevin Reed had to ruin the good feelings by confiscating their “Divest Now” banner and making threatening suggestions about how true civil disobedience required getting arrested and a permanent record – which he seemed happy to try and arrange.

It’s still got great wi-fi, bathrooms and chairs, and so the GTFF have been occupying it while grading essays: 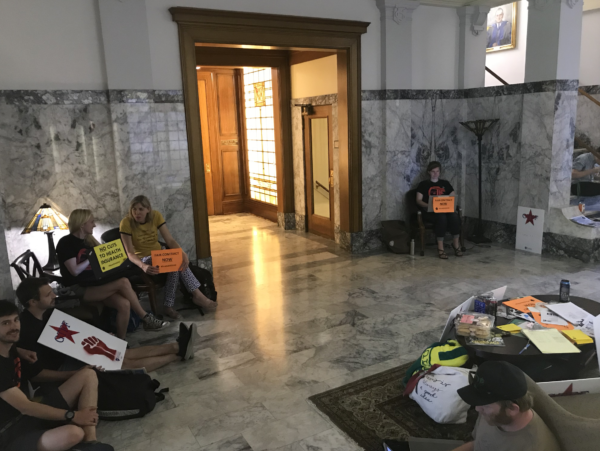