UO Board Secretary Angela Wilhelms has still not responded to my public records request for her documents involving this latest in a long line of trustee appointments made in back-room deals, without campus input.

On Friday UAUO President Chris Sinclair, UO Senate Immediate Past President Bill Harbaugh (me), and UAUO Politics Chair Avinnash Tiwari sent the Senate Rules Committee this letter asking that they hold off on confirming Elisa Hornecker until the university community had a chance to give input. The letter is posted on the committee’s website here:

Chair Burdick, Vice-Chair Baertshiger, Jr., and members of the committee:

We are writing regarding Monday’s confirmation vote of a new member of the Board of Trustees of the University of Oregon. At no point during this nomination process have faculty, staff, students, and most administrators had an opportunity to learn about this candidate, much less offer input on who would best serve the University of Oregon and the State of Oregon. We ask you to hold off on voting for this particular candidate until the campus community has had a chance to learn more about the candidate, their qualifications, and their knowledge of important matters that are sure to impact our campus in the next few years.

We understand that providing public comments regarding the appointment of a Trustee for the University of Oregon’s Board is highly unusual. Our comments are not about the candidate, as we know nothing about them. There was no notice of a vacancy on the UO Trustees website of a vacancy, nor was a call for nominations made to the campus community. …

As mentioned above, Angela Wilhelms has not produced any public records on this yet, however Governor Brown’s office gave us what Wilhems wouldn’t: Elisa Hornecker’s application letter, here. It is minimalist. If she has any higher education policy knowledge or experience beyond her ’82 UO undergrad degree, and a stint on the secretive UO Foundation board she doesn’t she doesn’t mention it: 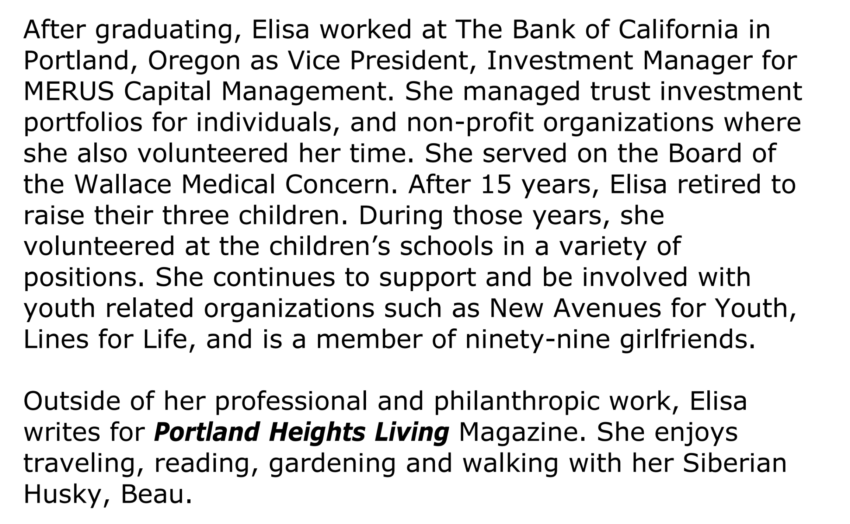 For comparison, there were four PSU Board nominees up for consideration as well. Here are the far more impressive qualifications of just one of them: 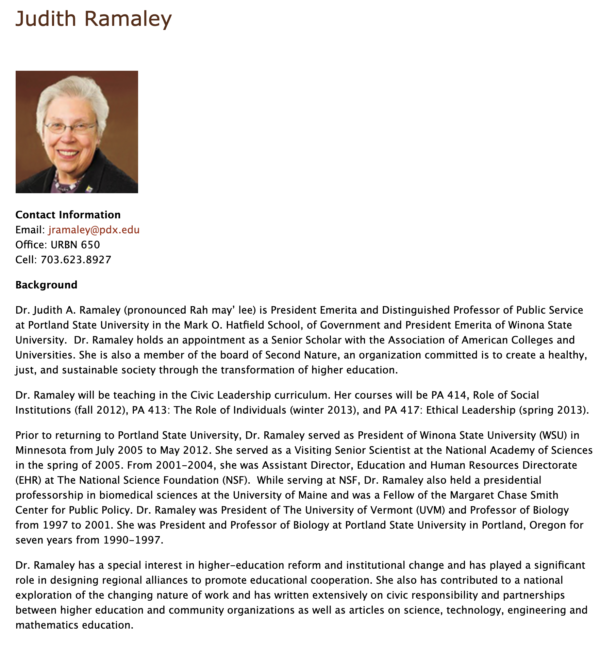 And here’s a link to the video of the hearing, with Senator Dembrow’s response. Back up to see the prepared statement from Ms Hornecker and the comments from myself and Tiwari. To quote Dembrow:

“I do think that we should look at the process by which candidates are nominated and vetted on our campuses. I think it was within the spirit of those of us who helped create this new system that there would be more participation on the campuses, and if that’s not happening then I’ll commit to doing that.”

Today the Oregon Senate voted to confirm this appointment, as we expected. I’d hoped that under the circumstances Hornecker would have done the right thing, withdrawn her name from consideration, and allowed for a more open appointment process, but no.

For more comparison, see the presentation from another of PSU’s eminently qualified nominees here:

I have no idea. The BOT’s webpage says nothing about a vacancy. The August 26 generic press release from Governor Brown is here. The list of appointments is here, and includes this:

The Senate Rules committee is supposed to vote on these next week, but their webpage has nothing yet. Thanks to an anonymous correspondent for catching this. The most recent previous appointee to UO’s problematic Board of Trustees was Marcia Aaron, appointed by Gov Brown after she and Pres Schill sat together at a basketball game: 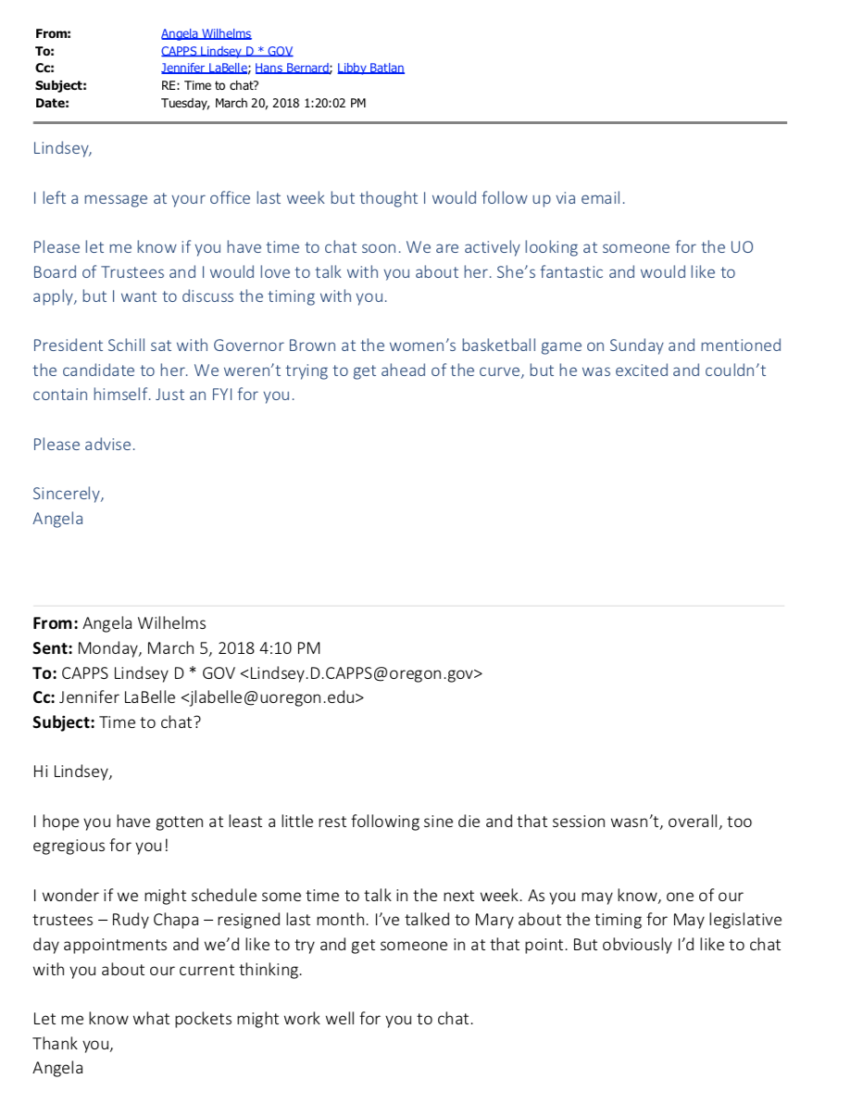 If you see something say something.