Long story. Back in 2012 Interim UO President Bob Berdahl commissioned this memo from then General Counsel Randy Geller, on how he could disband the UO Senate and ensure its former committees were staffed with his lackeys. Snippets: 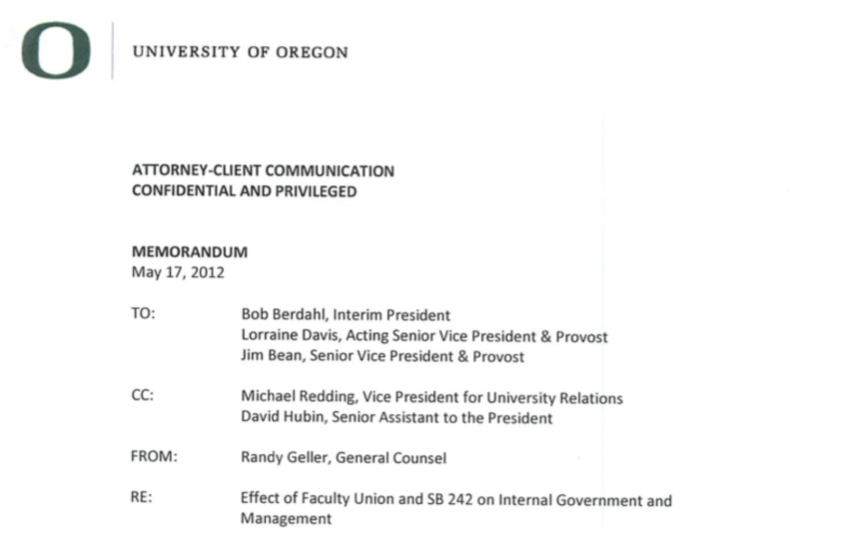 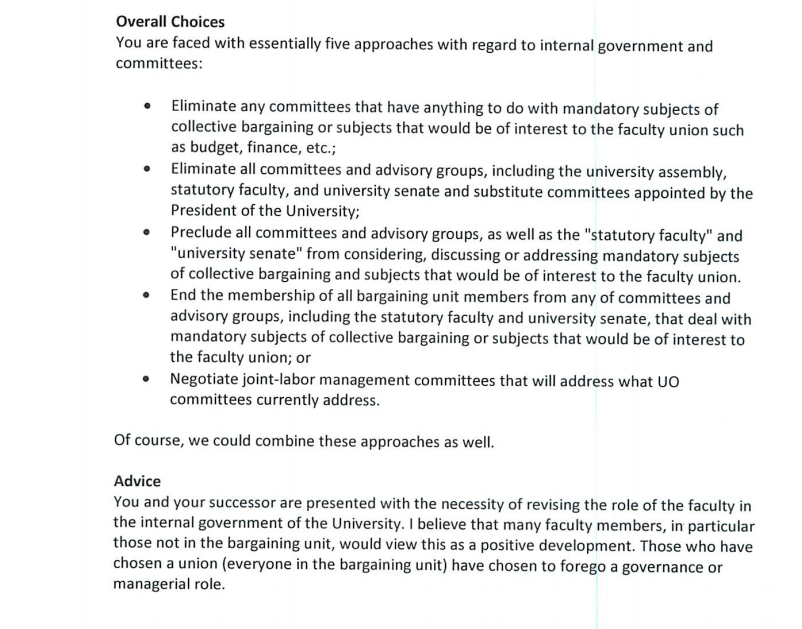 Here’s the latest example. Last year, as Senate President I appointed a faculty member to the Campus Planning Committee who was skeptical of President Schill’s plans to develop the North Campus. The CPC has no real power, it just makes recommendations. You’d think there’d be no problem having a skeptic on it. Some might welcome one.

Not President Schill, whose response to this appointment was to unleash the full force of his office against it. He had his Liaison to the Senate Melanie Muenzer, devote hours of her time, staff time, summer law student intern time, and Senate Leadership time to argue that the President appointed the faculty members of the CPC, not the Senate. Now he’s got his General Counsel Kevin Reed to issue this 5 page memo, with a 20 page appendix, supporting his effort to control who makes recommendations to him and the campus about campus planning: 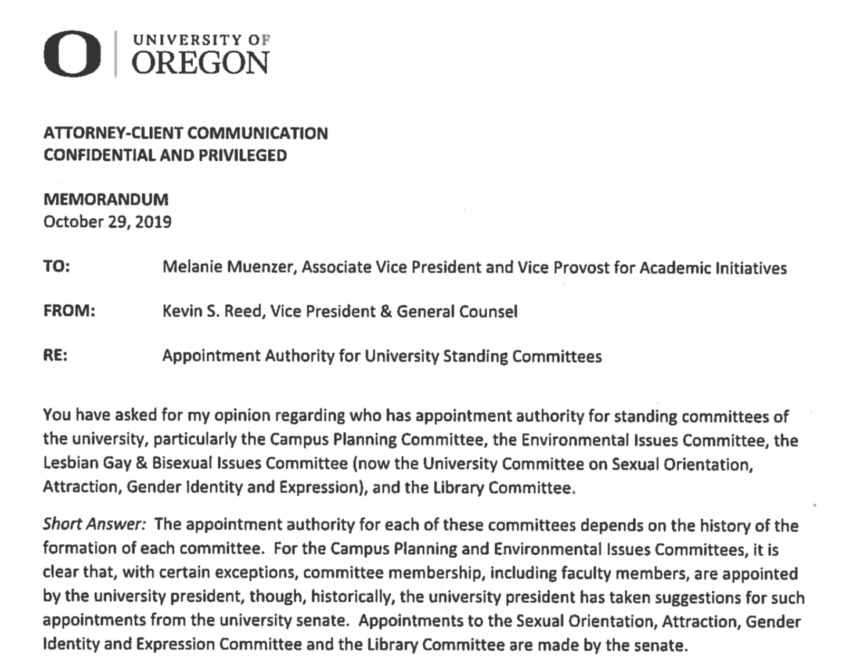