What would happen if a UO Dean or program Director was to publicly protest a UO policy? It turns out that Nike employees may have more job security than UO’s when it comes to free speech. From Willamette Week, here: 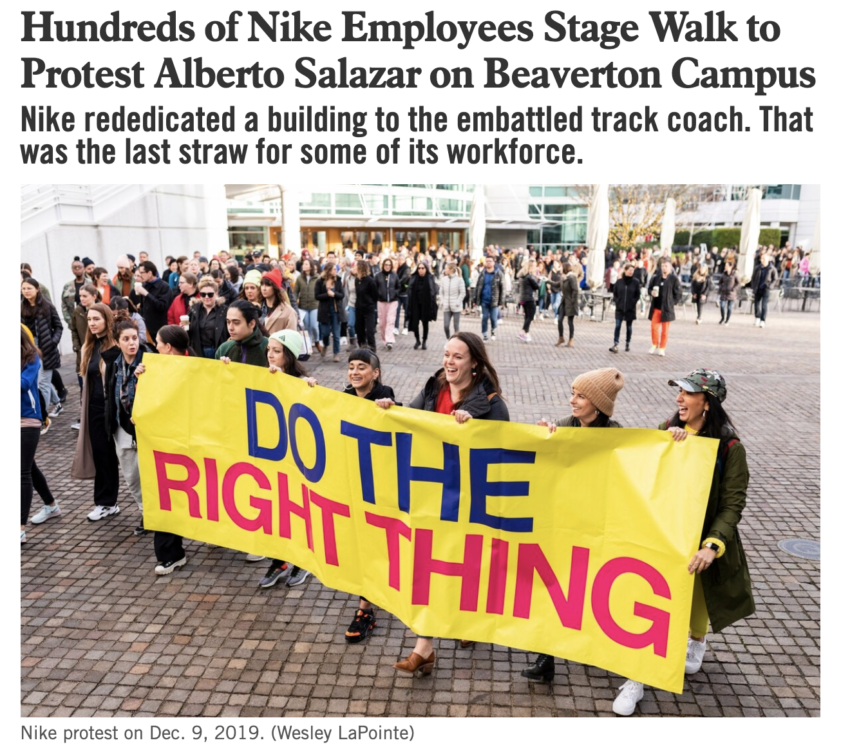 … While the company didn’t interrupt the protest, its loyalists told employees not to speak to the press.

A woman in a camouflage beanie started handing out two flyers prior to the walk: One read, in part, “No employee is permitted to speak with the news media on an Nike-related matter, on any on- or off-the record, without prior approval from Nike Global Communications.”

Nike is of course a private company and not bound by the First Amendment’s prohibition on governmental restrictions on free expression, so it can legally tell its employees not to talk to the press.

UO cannot generally do this by law – but President Schill had his communicator David Austin do it anyway – illegally and in direct violation of UO policy – during Schill’s efforts to defund LERC and the Museums: 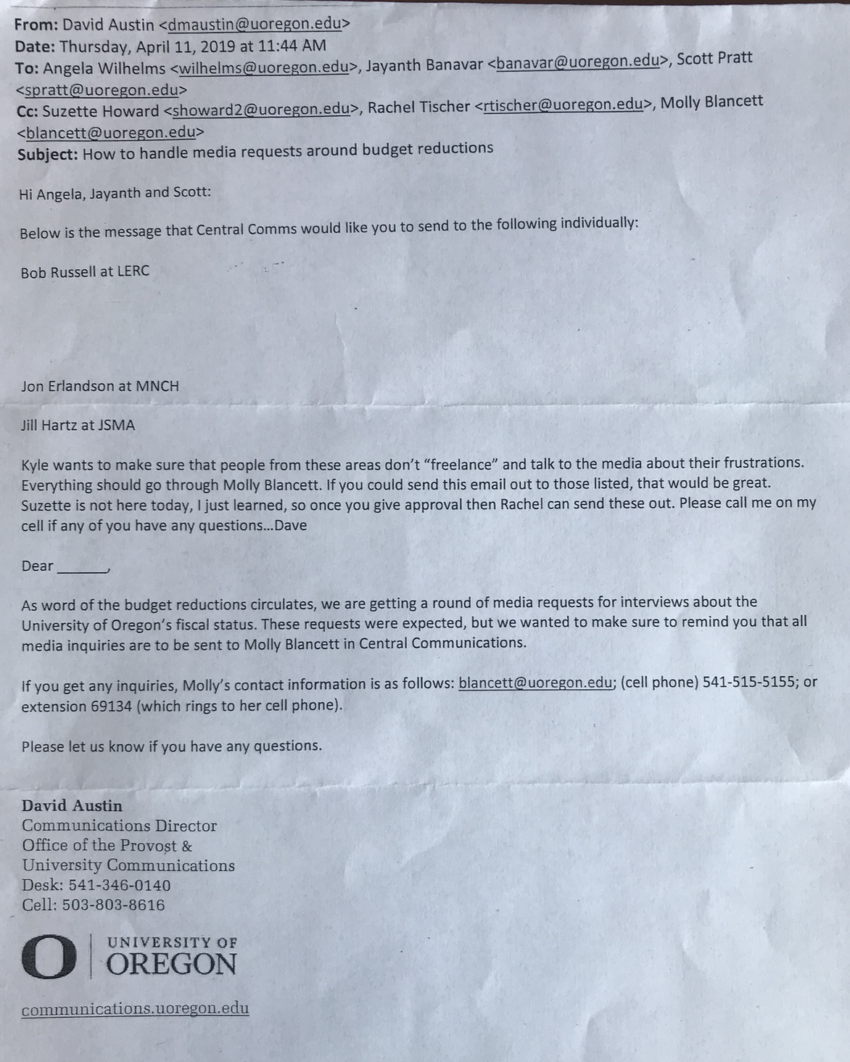