This will be the third contract UAUO has bargained with the UO administration, or as they prefer to be called, “The University”. The Union bargaining team has 11 faculty (5 TTF, 6 Career) and 2 staff members, with a total of 196 years of UO experience. Dave Cecil will again be the Union’s lead negotiator:

Whilst the Administration’s team will be led by Missy Matella: 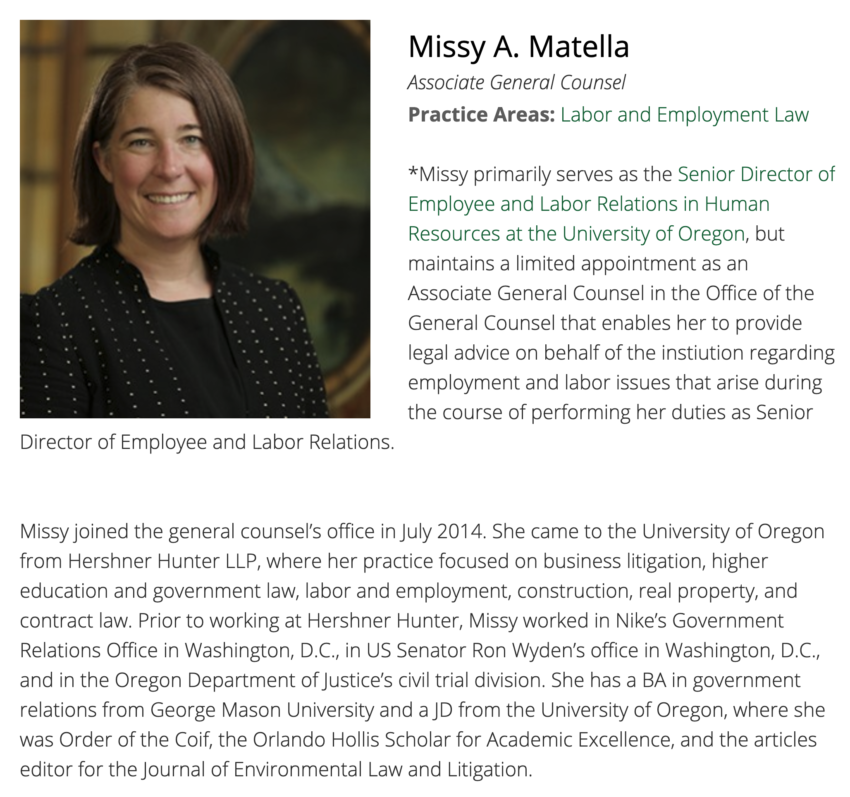 And presumably Brad Shelton will again be entrusted with “running the numbers”:

The Union has posted a handy informational page at http://uauoregon.org/bargaining/ with links to basic info on bargaining, bio-sketches of the Union bargaining team, and the current contract clauses. Proposals will be posted as bargaining progresses. Per agreement between the Union and the Administration, bargaining is open to the public. No video or audio recording is allowed and the audience is expected to behave respectfully – meaning no goat bleats on your phone, Ben.

As in past years I’ll live-blog most sessions with a mix of fact, opinion, and interpretation of what the bargainers are saying, thinking, or should be saying or thinking at https://uomatters.com/tag/faculty-union-united-academics-of-uo. Since the Union doesn’t really trust me, they will also have a facebook page with live updates, and will send out regular email updates. I assume the Administration’s well-paid PR flacks will also disseminate their own spin on bargaining, perhaps including the odd ad hominem attack like this one from the 2013 bargaining session.

In past bargaining the Union has won improvements in Career faculty job security, and increases in TTF salary relative to the AAU public university averages. Full professor pay is now up from 82 to 87% of the average, with similar increases for Assistants and even better for Associates, thanks to the “Excellence Raises”: 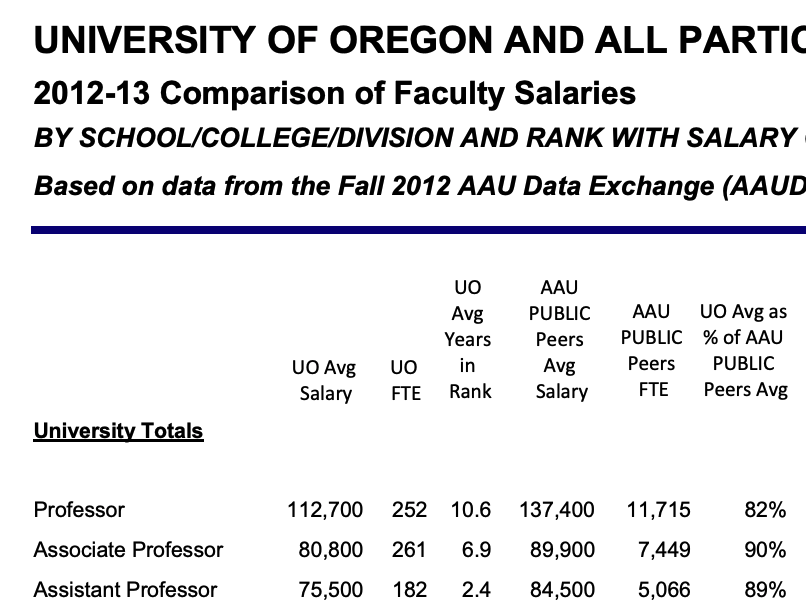 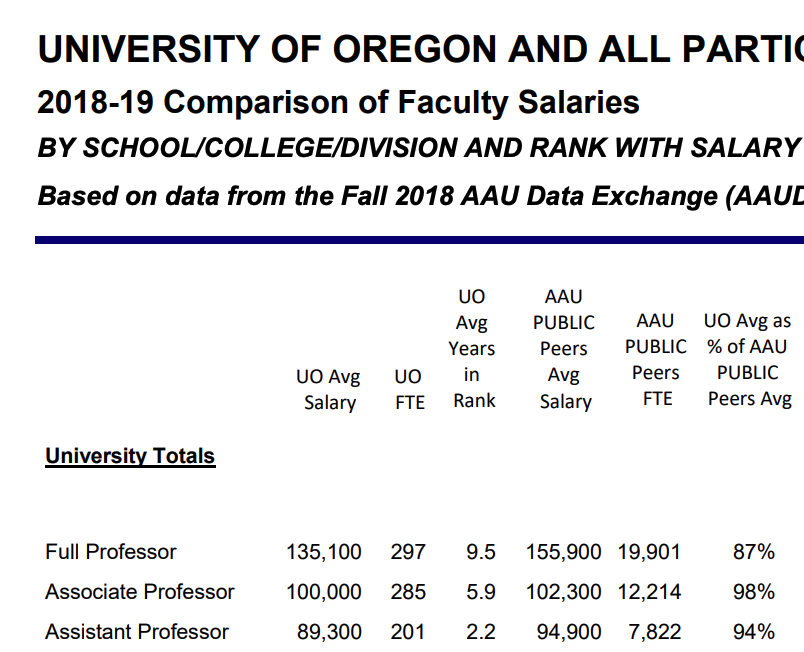 Presumably the Administration will again tell faculty that “the well is dry” when it comes to pay and benefits, while lobbying the Legislature for $40M in subsidies for the 2021 IAAF championships, giving fat raises and bonuses to administrators, hiring lawyers and consultants, and refusing to use the profits from Duck football for anything but AD salaries and subsidizing special-interest sports like golf, tennis, and beach volleyball.