2/9/2020: Claire McMorris, Government Relations Coordinator, Oregon State University, submits this statement from the PAC-12 sponsored student-athlete group.  Unsurprisingly, they support the cartel that sponsors them (and whose lawyers presumably drafted it) and oppose even Courtney’s weak bill.

1/27/2020: The model legislation from the National College Player’s Association is here. Compare it to Courtney’s watered down version here: 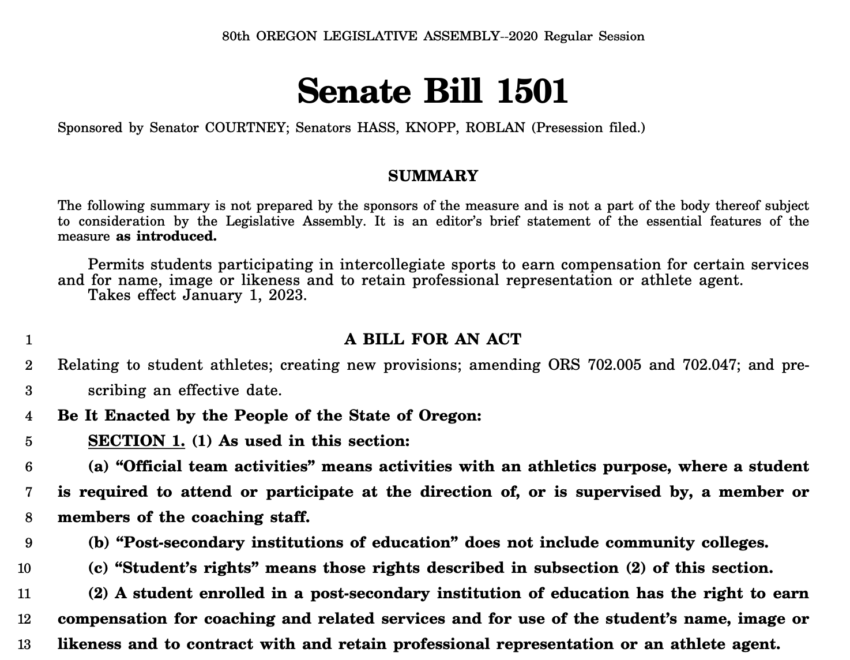 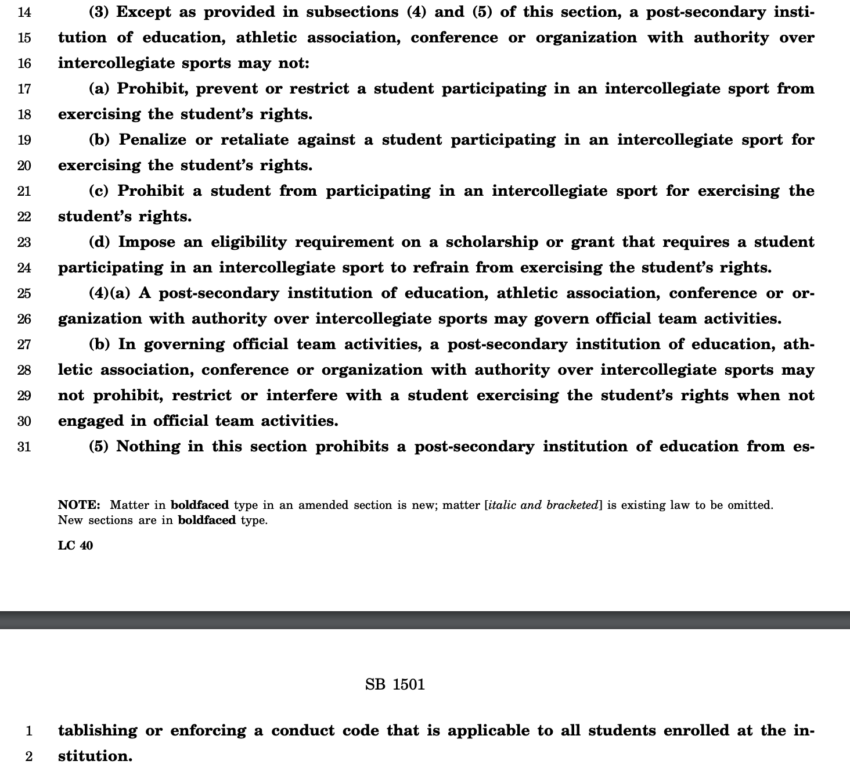 Interestingly, this is grafted onto the *pro-cartel* legislation that the Oregon legislature passed in 2017.  That law, which the NCAA and the Duck Athletic department lobbied for, made it all but impossible for student-athletes to hire agents to represent their interests while they negotiated with coaches, as explained here: https://uomatters.com/2017/05/oregon-legislature-helps-the-ncaa-cartel-keep-screws-on-college-athletes.html

Times have changed. However, Courtney’s proposed changes leave the cartel with al the power until 2023, giving the NCAA lobbyists plenty of time to get some toothless national legislation through Congress that will preempt this.