At this point the loan rules, which would apply to many public universities, are out for public comment. Eligible universities could borrow up to one quarter of expenses, or about $300M for UO. The proposed rules would discourage Johnson Hall from cutting payroll during the term of the loan: 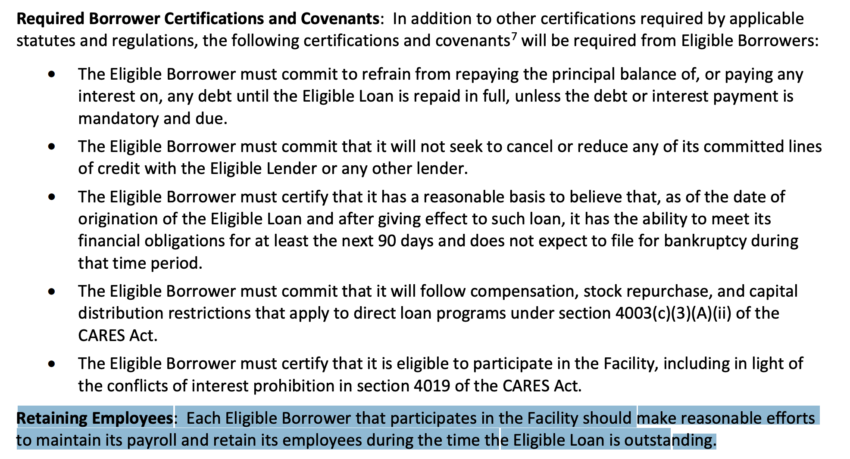 I don’t see anything in them which would prevent Johnson Hall from using the money to, say, rescind the pay cuts President Schill, Rob Mullens, Mario Cristobal, and Dana Altman have accepted. In fact, the clause above might even be construed, by a creative and properly incentivized General Counsel, to require this.