Bargaining VII, Tuesday 9AM until ?

The concept is simple: All faculty agree to take a progressive pay cut if the UO budget tanks, and in exchange the administration agrees to maintain career faculty employment. The details are going to take a while to work out. My impression is that both sides would like to get most of an agreement worked out tomorrow.

I’ll do some live-blogging, and/or you can watch it online. Registration for the session can be found here – as usual, upon registration you will receive a Zoom link via email.

Sounds like the admins want the pay cuts to start after the admin takes $10M in cuts. Union wants to start after $20M. Admin has give only the union only the sketchiest info on it’s expenditures and possible cuts.  No discussion of asking the Foundation for help.

11:05: Union brings in Keaton Miller (Economics) to explain the union’s proposal. Miller explains that, conservatively, we’re looking at a $23M reduction in costs for next year – given wage & hiring freeze, travel. To be even more conservative, lets use a $20M threshold (In reality, UO can use some reserves, unrestricted foundation money, etc.) 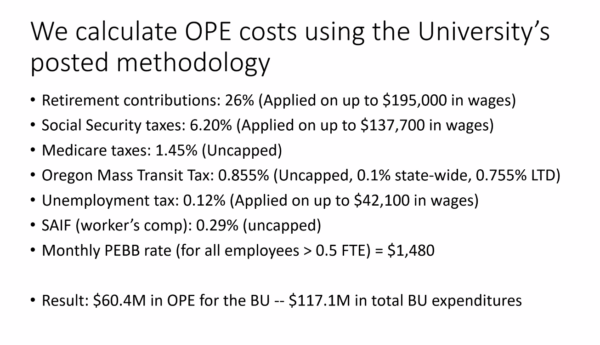 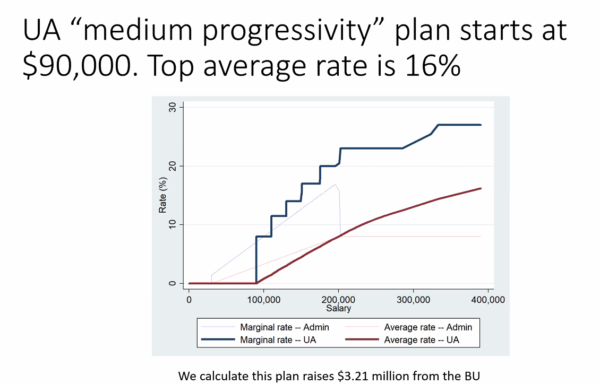 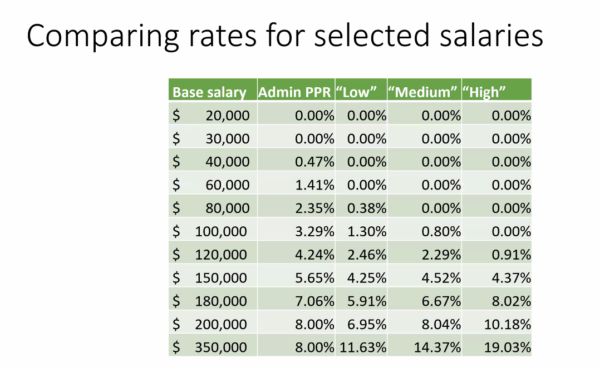 But suppose we need more from faculty – say $6.4M: 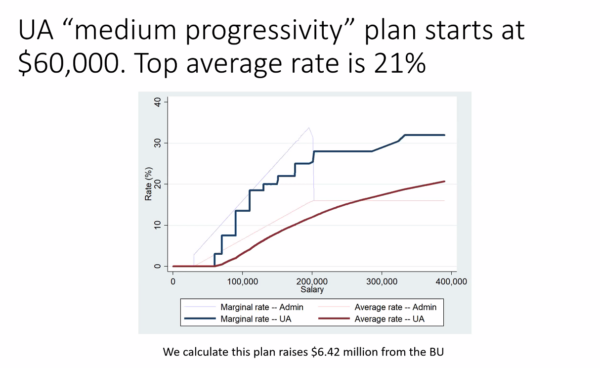 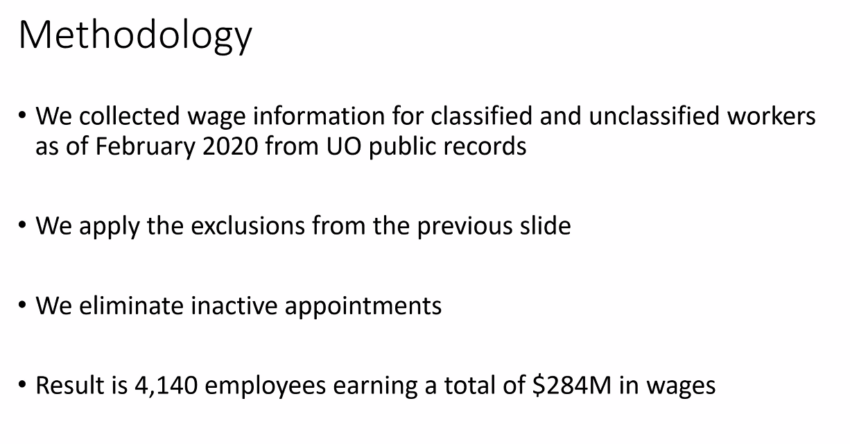 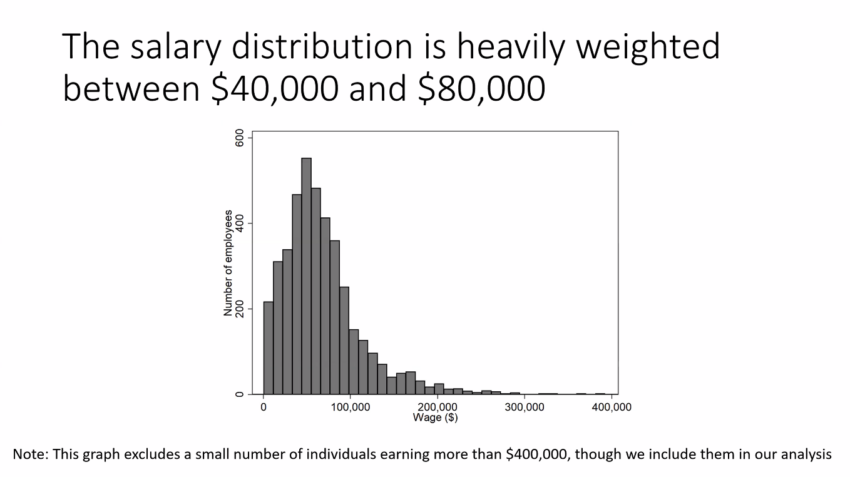 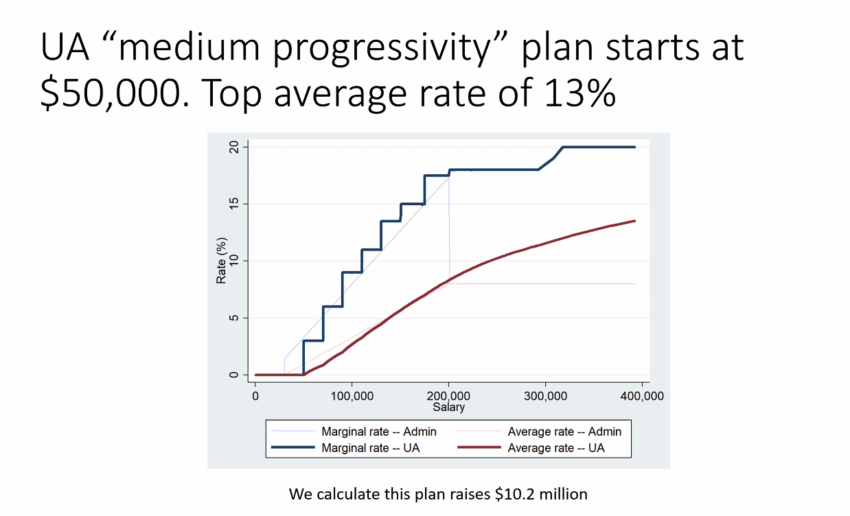 Matella: Will you share these models with us? Cecil: Of course. Matella: I’ll show them to my people. Can you say more about the high/medium/low progressivity? Sinclair: It’s a single parameter in Keaton’s model that we can bargain over.

Cecil: Will you share Brad’s models? Matella: Maybe in a small room with Brad? Cecil: Why not in public, here, after lunch?

Matella: It’s going to be hard for us to get the high earner people who will have to sign of on this to accept cuts over 20% for themselves. They’ve got big houses, fancy cars, private school tuition and wine cellars to maintain, after all.

Matella: Not sure I can get someone to explain our model today. I’ll try. Cecil: You’ve been working on your models for how long?

Cecil: We’d be interested in hearing more specifics about the willingness of these top admins/faculty to leave during a pandemic, over a one-year wage cut.

Matella*really* wants to cap pay cuts at 20% for the big earners.

Cecil: Maybe we should be talking about other ways the university could be saving money then. Use reserves, unrestricted gifts, tax athletic donations…

Matella wants to look at peer plans to show they aren’t very progressive, don’t have rates above 20% Cecil: You mean plans prepared by highly paid administrators at other universities, to protect their own salaries?

Matella: Have people working on a response to Keaton’s plan – will take them a day or two. Also have responses on career employment questions. Willing to work out an expedited grievance process.

Long rambling attempt by Matella to dispute Miller’s $20M threshold. The admins want salary cuts to kick in a $15M – but they won’t explain why. Not a productive conversation. Is the admin going to explain their threshold, some day?

Agree to meet again this Wed at 3PM to give Brad time to massage numbers.

23 Responses to Bargaining VII, Tuesday 9AM until ?