As an alumnus, I strongly object to the decision by the University of Oregon to hide any information about the number of athletes testing positive for coronavirus. Why?

One, the decision represents a disservice to, and potentially puts at risk, other members of the team as well as other students and the public. Clearly most Oregonians and other Americans are concerned about the pandemic and want to be fully informed about infection rates and potential risks.

Two, the decision runs counter to what some, though not all, Pac-12 schools, and many colleges outside the Pac-12, are doing. For example, the University of Colorado, Oregon State University and the University of Washington are reporting the number of athletes testing positive.

UO claims that this decision was made to protect the privacy of athletes per “federal and state law,” implying that other colleges, such as OSU, are violating those statutes by publishing the very type of non-identifiable information that the UO refuses to release.

Finally, the decision contradicts the university’s purported commitment to prioritize health and safety above all else, and to maintain transparency, during the pandemic. It clearly prioritizes athletic department finances over health and welfare of athletes, other students and the public.

7/4/2020: Still no details from UO, while UW is even reporting fraternity cases: 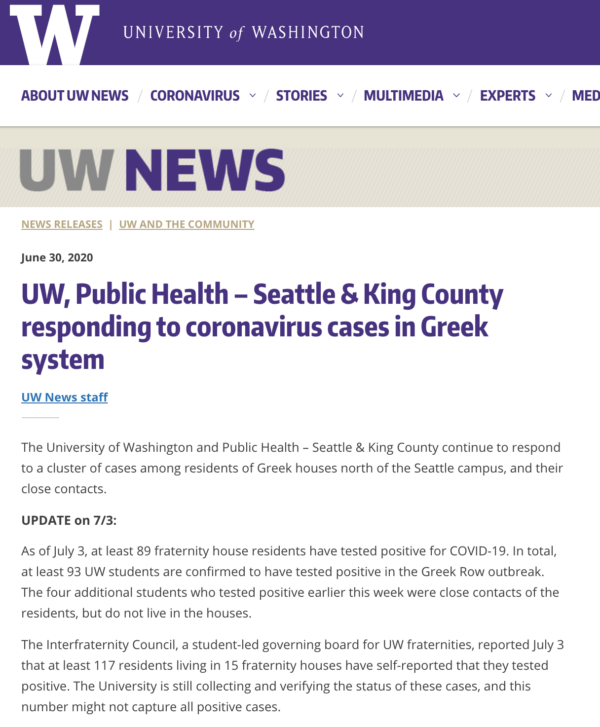 (Thanks to a reader for the link).

7/3/2020: That would of course *not* be the University of Oregon, which posts only numbers, here. Other universities release more helpful info – e.g. UCLA, here.  Oregon State reports positive athlete tests, UO does not. Why not?

Even USC – never known for transparency, and as a private school exempt from public records laws – does a better job than UO. Here’s a tweet from one of their PR flacks: 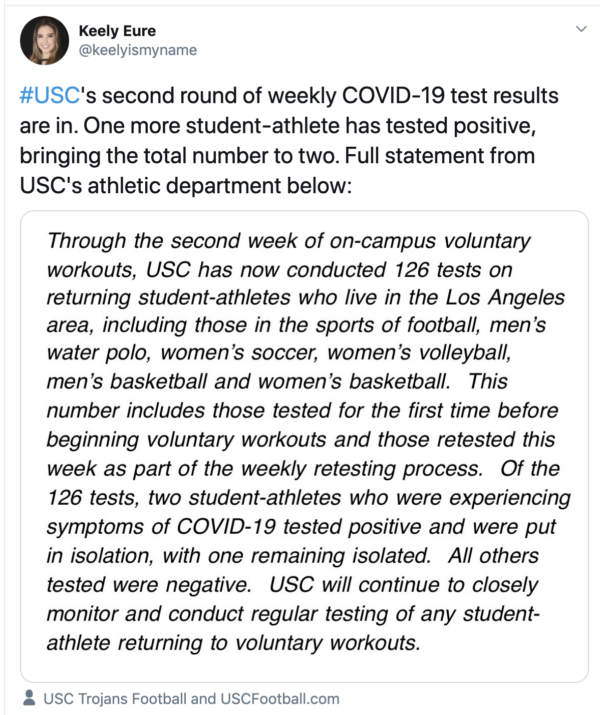