11/21/2014 update: The video from the Nov 19th Senate meeting debate on legislation to oppose the administration’s efforts to “dilute and degrade academic standards and the secretive process by which it was made” instead of negotiating a fair deal for the grad students, is now posted. Please note the time from the video in your comments if appropriate:

11/20/2014: Blandy and Altmann’s offer of $1000 a course not enough to make department heads scab on their grad students

The offer from the administration is here (the confidential plan is here, and for the curious the resume of $300-an-hour Jeff Matthews, the HLGR lawyer and Sharon Rudnick protege that mysteriously got the job of leading the administration’s disastrous bargaining is here. This appears to be his first exposure to labor negotiations. Hell of a job he’s doing.): 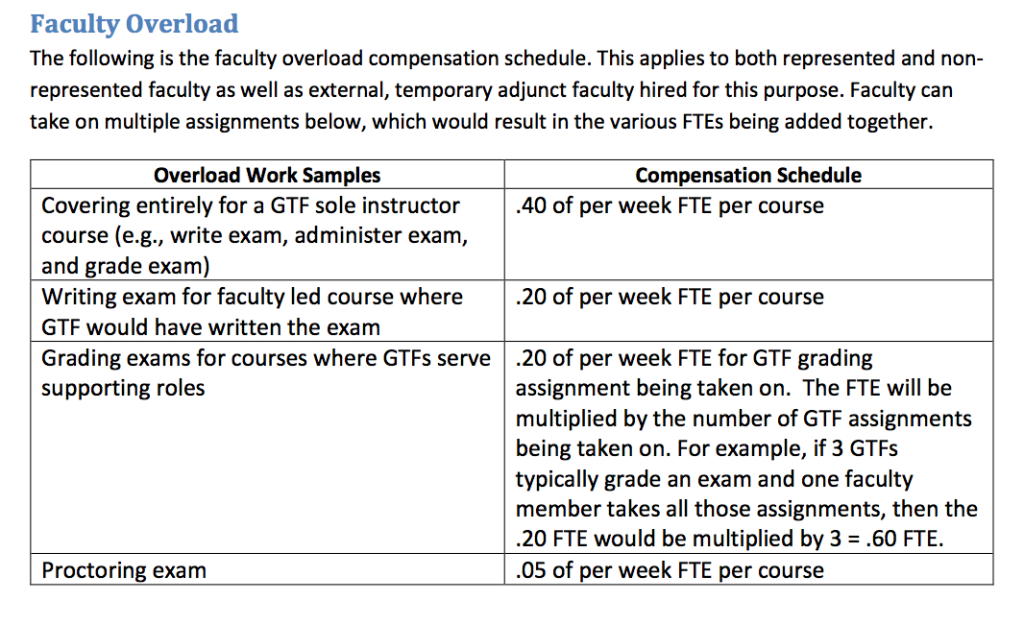 This works out to about $1000, to cover one course for one week. The response, from a group of UO Department Heads and Directors is here.  I know that many others have similar sentiments but aren’t willing to send them to the newspapers, or use that ugly word scab, yet: 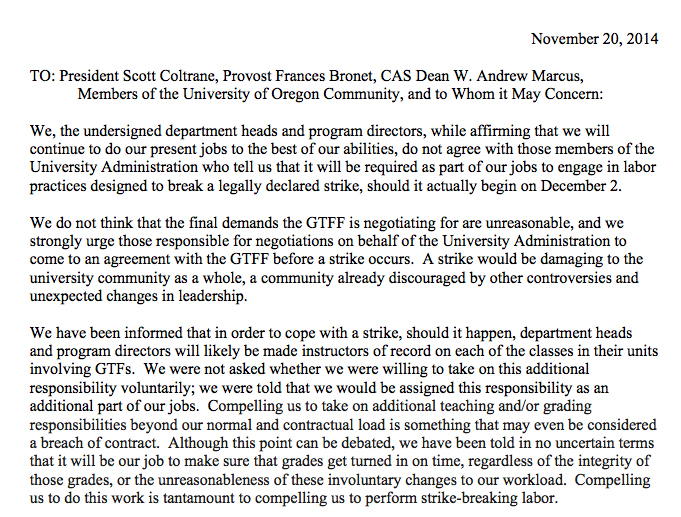