The Honorable Judge David Carter’s final order on the attempt by UO’s HLGR law firm to have him set aside the jury’s $755K award to former UOPD Officer James Cleavenger is here. 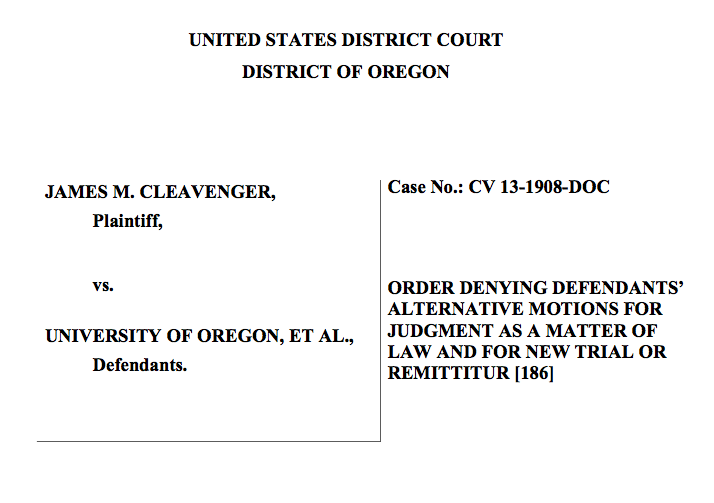 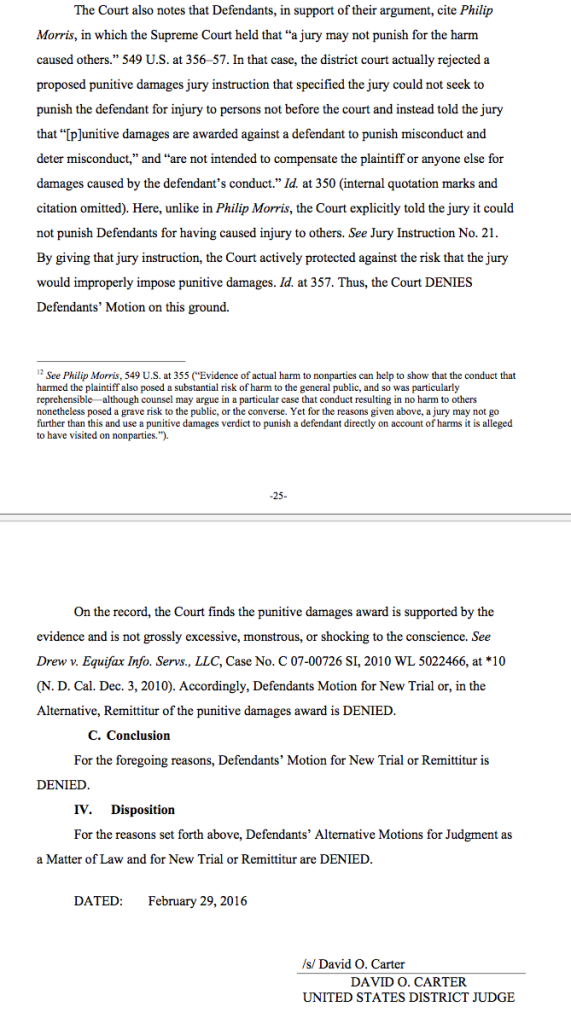 The transcript for the remittitur plea arguments are here.

The question of how much UO will pay Harrang, Long, Gary and Rudnick for this failed remittitur plea is still up in the air, as is the possibility Judge Carter will shave a little off Kafoury’s bill. All in all the cost is already close to $2M. At one point Cleavenger offered to settle with UO for $600,000. I wonder if UO will pay HLGR by the hour to appeal this?

Judge asks if Doug Park is alive, and links to the trial transcripts: https://uomatters.com/2015/10/uopd-bowl-of-dicks-case-goes-to-trial-in-portland-on-tuesday.html