9/20/2017: Around the O has the puff piece here, from PR flack Tobin Klinger. You’d think UO’s $475K budget for “Executive Communications” would buy a few more facts – maybe even a link to the letters from the Senate and Union, which McIntyre got by making a public records request to the Governor?  [9/21/2017 correction: I’ve been informed by a generally reliable source that McIntyre’s research is not supported by donations from trustees.] She has of course agreed to follow Oregon law on conflicts of interest, which is not particularly strong.

McIntyre follows Trustee Susan Gary from the Law School, who served two terms during which she refused to inform the faculty of such matters as Chuck Lillis’s Delegation of Authority power grab.

We’d probably be better off abolishing the Faculty Trustee position than continuing to help the Trustees believe that they are getting the faculty’s point of view on UO issues through these sorts of appointments.

That’s the rumor down at the faculty club. Here’s video of Professor Laura Lee McIntyre (School Psychology) taking a courageous stand in the UO Senate in defense of President Gottfredson’s handling of the basketball rape allegations. Backup to hear Gottfredson’s remarks. The Board fired paid Gottfredson $940K cash to leave town less than three months later. The official UO channel has taken this video down (perhaps because of the lawsuit against him) but it’s on youtube: 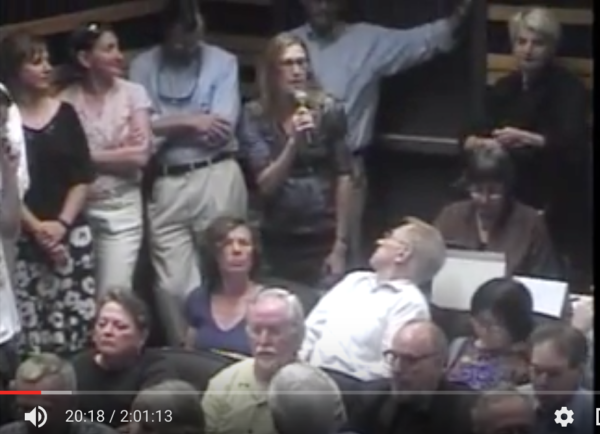 14 Responses to Oregon Senate confirms Laura Lee McIntyre as “Faculty Trustee”, over objections of the UO Senate leadership and the UO faculty union