Back in in the day the land now occupied by the Jaqua Center for Student Athletes – or as the NYT calls it the Jock Box – was a parking lot, mostly used by OA’s in Oregon Hall.

In 2010 or so UO gave the land to the Ducks, for free. The eastern part of the lot is still a parking lot, but it’s now reserved for Duck Athletic Department camp-followers. Some might ask why UO is still employing Lorraine Davis, much less giving her a free parking spot. Apparently Mike Schill has not.

APA recognizes sport psychology as a proficiency acquired after a doctoral degree in one of the primary areas of psychology and licensure as a psychologist.

So that’s two parking slots that should open up as soon as someone reports them to the notoriously strict Oregon Board of Psychologist Examiners, who have fined UO Counseling Director Shelly Kerr $5K for past violations. 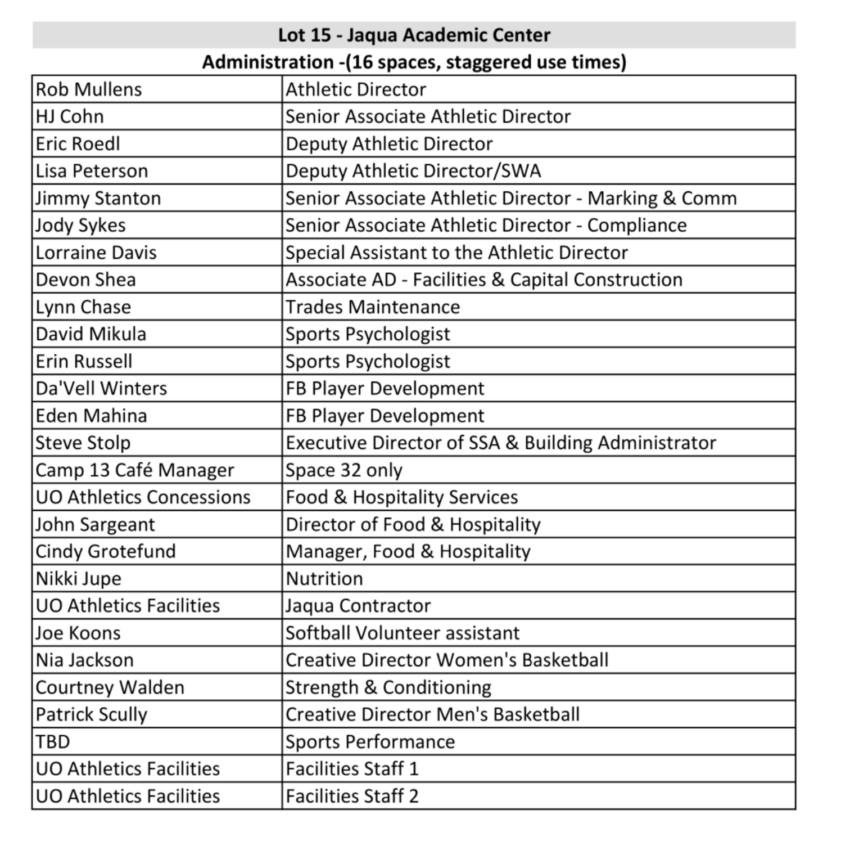