I love a good de-statufication as much as the next guy. And dragging its de-nosed carcass up the steps of Johnson Hall? That was an awesome coup de grace. Respect.

But throwing red paint at the library? Really? This is junior-high school lame. In the Daily Emerald here: 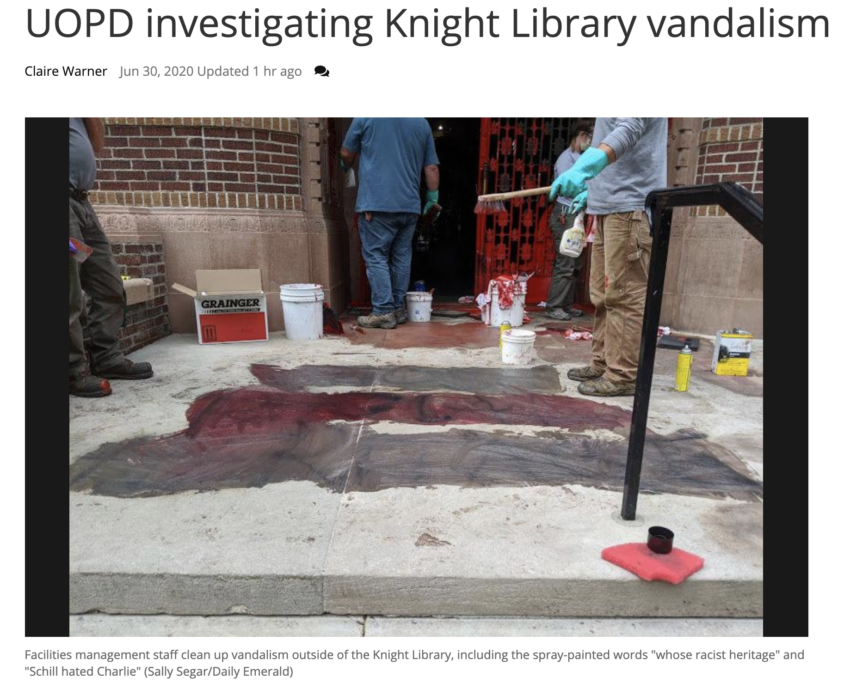