“Above the Law” has the news about US News rankings, here. UO was #77 when we hired Michael Moffitt as Dean, and I believe #82 is as high as we’ve been since.

UO was helped by a change in the algorithm that reduced the weight on temporary jobs that law schools give to graduates to boost employment numbers. Lewis and Clark, for example, hired a remarkable 20% of its own graduates last year. They fell from #72 to #94 after the algorithm change. UO hired many fewer students, in part because Rob Illig went batshit crazy over Margie Paris’s plan to use his raise to pay for these jobs.

Instead, UO Law Dean Michael Moffitt figured out another way to play USNews. He got $1.5M in “Temporary Stabilization Funding” for scholarships to bring in high LSAT students. Where did this money come from, and how many years will it continue?

You’ll have to ask Dean Moffitt’s wife, VP for Finance and Administration Jamie Moffitt, for that info. And I expect the faculty union will, if she ever shows her face at the bargaining table. 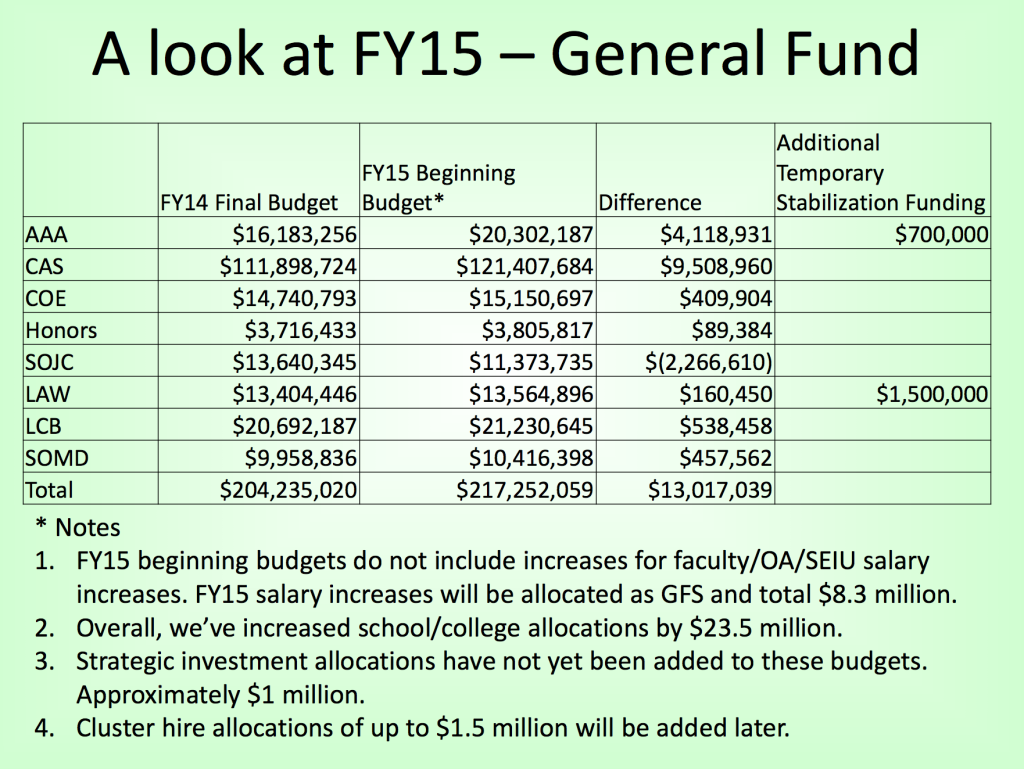